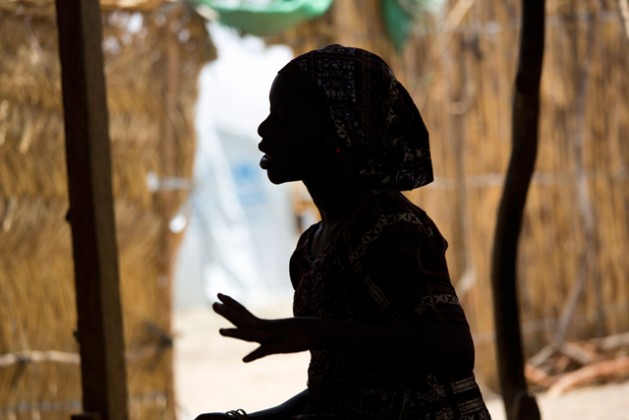 Apr 15 2016 (IPS) - The plight of 219 Chibok schoolgirls abducted two years ago is all too common in Nigeria’s conflict-affected north-eastern communities, and up to 7,000 women and girls might be living in abduction and sex slavery, senior United Nations officials on 14 April 2016 warned.

“Humanitarian agencies are concerned that two years have passed, and still the fate of the Chibok girls and the many, many other abductees is unknown,” said Fatma Samoura, Humanitarian Coordinator for Nigeria.

At the hands of their captors, they have suffered forced recruitment, forced marriage, sexual slavery and rape, and have been used to carry bombs. “Between 2,000 and 7,000 women and girls are living in abduction and sex slavery,” said Jean Gough, Country Representative of the UN Children’s Fund (UNICEF).

Women and girls who have escaped Boko Haram have reported undergoing a systematic training programme to train them as bombers, according to UNICEF. And 85 per cent of the suicide attacks by women globally in 2014 were in Nigeria.

In May 2015, it was reported that children had been used to perpetrate three-quarters of all suicide attacks in Nigeria since 2014. Many of the bombers had been brainwashed or coerced.

As the Nigerian military recaptures territory from Boko Haram, abducted women and girls are being recovered. Over and above the horrific trauma of sexual violence these girls experienced during their captivity, many are now facing rejection by their families and communities, because of their association with Boko Haram.

“You are a Boko Haram wife, don’t come near us!” one girl reported being told. Effective rehabilitation for these women and girls is vital, as they rebuild their lives.

Children have suffered disproportionately as a result of the conflict. The Chibok abduction was not an isolated incident, the UN reports. In November 2014, 300 children were abducted from a school in Damasak, Borno, and are still missing. 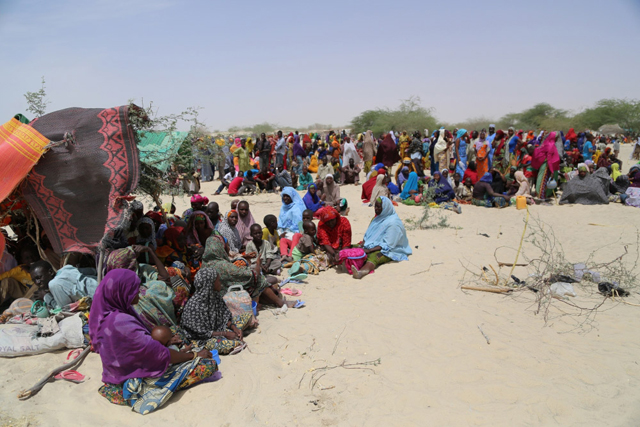 “The abducted Chibok girls have become a symbol for every girl that has gone missing at the hands of Boko Haram, and every girl who insists on practicing her right to education,” said Munir Safieldin, Deputy Humanitarian Coordinator for Nigeria.

More needs to be done by the Nigerian Government and the international community to keep them safe from the horrors other women and girls have endured. Safe schools are a good start, but safe roads and safe homes are also needed.

“We Cannot Forget the Girls from Chibok”

Marking two years since Boko Haram abducted 276 girls in Nigeria, a United Nations child rights envoy on 13 April reiterated a call to bring them back, stressing that the international community must “be their voice” and help give children of Nigeria and the region the peaceful, stable lives they deserve.

“It is up to us to be their voice and give them back the life they deserve,” said Leila Zerrougui, Special Representative of the Secretary-General for Children and Armed Conflict, in a message on the anniversary.

Two years ago, in the middle of the night, 276 girls were abducted by Boko Haram from their school dormitory in Chibok, in Nigeria’s northeast. Fifty-seven escaped hours later but what happened to the remaining 219 girls has been unknown.

In the past two years, the conflict has continued to grow and Boko Haram’s activities have spilled over into the neighbouring countries of Cameroon, Chad and Niger. More children have been abducted. Hundreds of boys and girls have been killed, maimed and recruited by Boko Haram.

In what has become one of the armed group’s most gruesome tactics, women and children, girls in particular, have been forced to serve as suicide bombers in crowded markets and public places, killing many civilians, according to Leila Zerrougui. 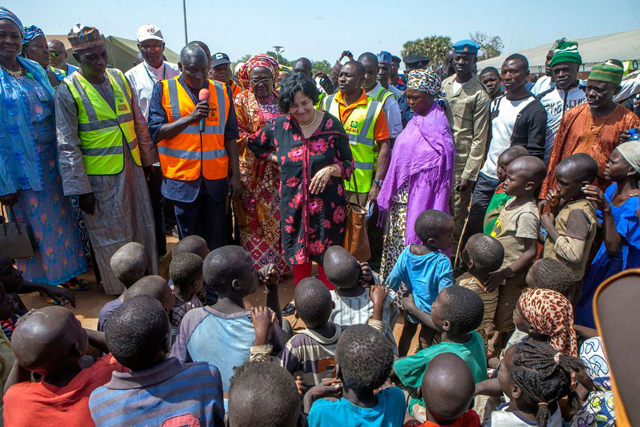 Special Representative of the Secretary-General for Children and Armed Conflict Leila Zerrougui (centre), meets displaced children and their families in northeastern Nigeria, in January 2015. Credit: UN

“It is no surprise that in the midst of such violence, families decided to flee to safer areas in Nigeria, and to neighbouring countries. With over two million people displaced, including more than one million children, often separated from their families, the UN has described these massive displacements as one of the fastest growing crises in Africa.”

In the past year, as the Government of Nigeria has retaken control of some territory in the country’s northeast, Boko Haram captives were liberated or have been able to escape, including many children.

“Girls and boys told distressing stories about their captivity, including how entire villages were burned to the ground, and recounted stories of rape and sexual violence, recruitment and use of children by the group, as well as other violations,” said the Special Representative of the Secretary-General for Children and Armed Conflict.

“These children yearn for the safety of their families, but going back to their communities can mean persecution and mistrust,” she said. “Girls who come back as young mothers face even greater challenges. These traumatised children require assistance and our support to fight stigma and rejection.”

Missing Out on Education

The conflict’s impact on education has been no less profound. Over 1,500 schools in North Eastern Nigeria have been destroyed and the teachers are gone. Hundreds of thousands of children are missing out on their education. The international community’s efforts to support initiatives to bring children back to school are essential and must be maintained.

Much has been done to help children reintegrate back into their communities and return to school, but the need far exceeds the resources available.

“It is our collective responsibility to keep shining a spotlight on these children in need and ensure they have a future in which they can overcome these challenges,” she said.

The abduction of the Chibok girls catalysed international action, including in the Security Council. In June 2015, Council members adopted resolution 2225 that made the act of abduction by an armed group or force a trigger to list them in the annexes of the Secretary-General’s annual report on children and armed conflict, she noted.

This means future acts of abduction, like in Chibok, can translate into a listing for those perpetrators and increase pressure on them by the international community.

“We cannot tolerate the abduction of children. We cannot forget the girls from Chibok,” she said.