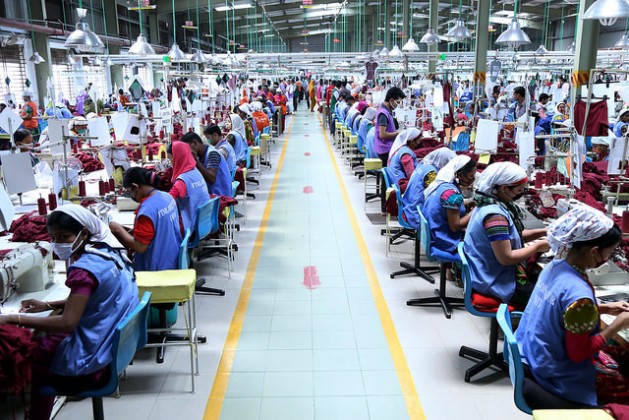 The nine – all members of the European Union (EU) and/or the Organization for Economic Cooperation and Development (OECD) – include UK, France, Portugal, Belgium, Lithuania, Canada, Australia, New Zealand and the United States.

The withdrawals, which began in 1993, have continued through 2016, with two additional countries, Denmark and Greece, planning to quit in January 2017.

The withdrawal by Netherlands is awaiting approval by the two chambers in the Dutch Parliament.

If approved, a total of 12 countries would have pulled out of UNIDO by early next year.

The apparent reasons for the withdrawals are mostly financial: cuts in development aid in the respective national budgets of member states, as indicated to UNIDO.

Ambassador Simon Madjumo Maruta of Namibia, the chairman of the G77 in Vienna, pointedly says:  “The Group firmly believes that any efforts to change the architecture of the United Nations system should be undertaken through consultative processes, within a broad framework of international solidarity and consensus, rather than to pursue this goal through budgetary approaches.”

Asked for his comments, UN Deputy Spokesperson Farhan Haq told IPS: “We have no immediate comments, although, of course, we encourage support for UNIDO.”

Currently, UNIDO has 170 member states, described as “sizeable”, and mostly from the developing world, compared with 193 at the United Nations.

According to UNIDO, its mission is to promote and accelerate inclusive and sustainable industrial development (ISID) in developing countries and economies in transition.

The G77, which also includes China, has argued that withdrawals undermine the international character and credibility of UNIDO, which was created in 1966 and converted to a specialized agency in 1985.

A second implication is a budgetary one: the reduction of core resources to UNIDO affects its capacity to deliver services to beneficiary countries.

In October 2011, the US cut off funding for the UN Educational, Scientific and Cultural Organization (UNESCO) when Palestine was accepted as a full-fledged member of the Paris-based agency.

The G77 says although it respects the sovereign right of every member state to decide upon its membership of international organizations, it believes that every effort should be made to prevent such decisions from undermining the concept of international solidarity and jeopardizing the existence of multilateral organizations that make a critical contribution to the achievement of the development objectives of the Members of the Group.

The UN’s new development agenda, with a targeted date of 2030 for full implementation, was adopted by world leaders last September.

Currently, UNIDO is the only UN specialized agency mandate to promote industrial development as reaffirmed in the Lima Declaration adopted at a meeting in the Peruvian capital in December 2013.

During a meeting of the G77 in New York last week, several Members of the Group were of the view that this continuing trend of weakening international institutions serving development should be seriously addressed at the higher political level.

As a consequence, the Group requested the G77 chair, Ambassador Virachai Plasai of Thailand, to proceed as follows:

Firstly, to have a letter of the Chair of the Group of 77 sent to the Permanent Mission of the Netherlands as well as to other Member States such as Denmark and Greece — whose withdrawals from UNIDO membership are impending — and requesting those countries’ reconsideration on maintaining their membership in the organization.

Secondly, to request UNIDO Director-General Li Yong of China, at earliest opportunity, to brief the Group’s Members and also to jointly explore the best course of action in this regard.

Thirdly, realizing the significance of this issue to developing countries, especially to the achievement of SDG 9, the G77 chair has been requested to pursue this issue at the 71st session of the United Nations General Assembly next September.

This may lead to a resolution, under an existing or new agenda item, aimed at “promoting solidarity among all UN specialized agencies while highlighting intergovernmental commitment to a global partnership for sustainable development stipulated in 2030 Agenda for Sustainable Development.”