Right to Information Dead on Arrival at UN

UNITED NATIONS, Jan 19 2017 (IPS) - The 193-member UN General Assembly has been dragging its feet on a proposal that has been kicked around the corridors of the United Nations for over 10 years: a Freedom of Information Act (FOIA) providing journalists the “right to information” in a sprawling bureaucracy protective of its turf. 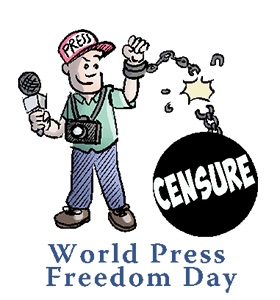 Ironically, nearly 100 countries – all of them UN member states – have approved some form of national legislation recognizing the right to information (RTI) within their own borders but still seem unenthusiastic in extending it to the press corps at the United Nations.

The US Freedom of Information Act (FOIA), which dates back to 1967, has provided the public and the press the right to request access to records from any federal agency—and has been described as “the law that keeps citizens in the know about their government”.

In the US, federal agencies are required to disclose any information requested under the FOIA unless it falls under one of nine exemptions which protect interests such as personal privacy, national security, and law enforcement.

The strongest law among the new countries on the RTI Rating is that of Sri Lanka, which scores 121 points, putting the country in 9th place globally, says CLD.

The passage of this law means that every country in South Asia apart from Bhutan now has an RTI law. The region is generally a strong performer, with every country scoring over 100 points except Pakistan, which continues to languish near the bottom of the rating, according to CLD.

And Sweden’s Freedom of the Press Act of 1766 has been described as the “oldest in the world.”

Samir Sanbar, a former UN Assistant Secretary-General who headed the Department of Public Information (DPI), which provides media accreditation and doles out free office space to UN-based journalists, told IPS the right to information is an integral part of U.N. principles.

But providing that right—even the basic information available in the public domain– has been stymied both by member states and the UN bureaucracy, he added.

He pointed out that the need to “inform the peoples” of the United Nations is implicitly indicated in the Charter.

But implementing it was “a basic issue I had experienced throughout my work, with both certain government officials– including those publicly claiming open channels– and many senior U.N. Secretariat colleagues”.

Those who believed “Information is Power” were very hesitant, to what they perceived was sharing their authority with a wider public, said Sanbar who served under five different UN Secretaries-General.

“It was most evident that when I launched the now uncontested website www.un.org, a number of powerful Under-Secretaries-General (USGs) and Permanent Representatives cautioned me against “telling everyone what was happening” (in the UN system) and refused to authorize any funds.”

“I had to raise a team of DPI volunteers in my office, operating from within the existing budget, to go ahead and eventually offer computers loaned from an outside source, to certain delegations to realize it was more convenient for them to access news releases than having to send one of their staffers daily to the building to collect material from the third floor.“

Eventually, everyone joined in, and the site is now recognized as one of the ten best official sites worldwide.

“We had a similar difficulty in prodding for International World Press Freedom Day through the General Assembly. It seems that even those with the best of intentions– since delegates represent official governments that view free press with cautious monitoring– are usually weary of opening a potentially vulnerable issue,” said Sanbar, author of the recently-released “Inside the U.N. in a Leaderless World’.

Matthew Lee, an investigative UN-based journalist who has been pursuing the story for over 10 years, told IPS he has been virtually fighting a losing battle.

The UN Secretariat, he said, has continued to blame the General Assembly. But the Secretariat could easily adopt its own policy, for example, to disclose who pays for UN Secretary-General’s travel.

Asked about the FOIA, UN deputy spokesperson Farhan Haq told IPS last year: “The secretary-general supports the idea of transparency. But this would be an issue for member states.”
Barbara Crossette, a former UN Bureau Chief for the New York Times and currently contributing editor and writer for PassBlue, an online publication covering the UN, told IPS: “I think you are right, to be sceptical about getting anything like this through the General Assembly. Or for that matter that the Security Council would be cooperative, if asked for information.”

As you would know, a lot of people who have worked in DPI see the General Assembly – and the Advisory Committee on Administrative and Budgetary Questions (ACABQ) in particular — as loathe to promote the sharing of information, even in the current setup, and assume that not enough countries would back making access to it a right, she noted.

“A FOIA would be a godsend to would-be spies. And how would it be legally crafted, I wonder?. It would be interesting to know if places like the World Bank and the International Monetary Fund (IMF) have these policies.”

The new Secretary–General Antonio Guterres’ team “is supposed to be writing a new communications policy for the UN — making it more open and effective in outreach generally. But I don’t know if that will include journalists.”

In one of her recent pieces in PassBlue, Crossette said the DPI is also completely hamstrung by its mandate, officials acknowledge, and the head of the office, who ranks as Under Secretary-General, is not chosen primarily for his or her media skills, but is often a political appointee with little or no journalism experience.

He or she must work under tight budgetary conditions deliberately framed to not give the department the tools it needs, she added.

Sinha Ratnatunga, editor-in- chief of the Sunday Times, a major weekly newspaper in Sri Lanka, told IPS the RTI law was passed by parliament last June; signed into law by the Speaker in August and becomes operational on February 4 (independence Day).

“However, there is a provision to ‘stagger’ its implementation if the government isn’t ready”, he pointed out.

“In any event the law must be operational whether the government is ready or not by August 4 (one year after the Speaker signed it into law). But the government is rather silent on how prepared they are for February 4 which is hardly a fortnight or so away”, said Ratnatunga , Deputy Chairman, of the Sri Lanka Press Institute and Board Member of the World Association of Newspapers (WAN-IFRA).

He said the law is pretty progressive but many people, including journalists “are pretty clueless about its power and reach and what difference it can make to empowering citizens and journalists in the quest of good governance.”

He said there’s a whole exercise of educating public servants, appointing Information Officers, educating the journalists and the citizenry ahead.

“Yes, the law took 12 plus years in the making, but the most difficult process of educating the country on the potential of the law lies ahead.”

“Hopefully, the media will play the role of whistleblower, but fewer journalists are now interested in investigative journalism; so we have to wait and see if all the trouble in bringing the law was worth it, after all,” he declared.