Jessica Neuwirth is founder of Donor Direct Action, an international organisation which partners with front-line women's groups around the world. 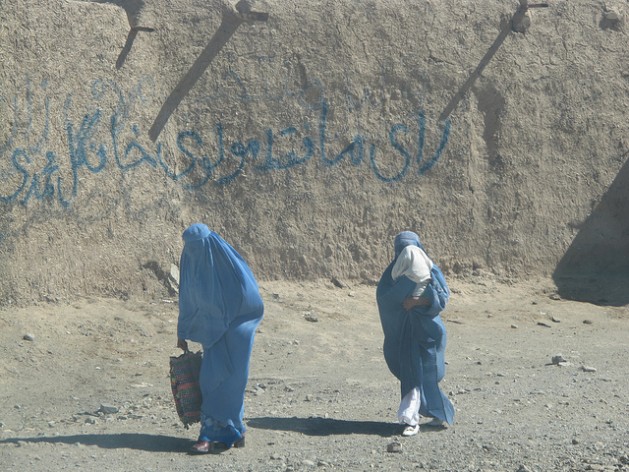 NEW YORK, Mar 22 2017 (IPS) - When the United States went to war in Afghanistan in 2001, the Taliban’s despicable treatment of women was cited by First Lady Laura Bush as one of the main reasons for going to war. Yet, since that regime fell 15 years ago, the Afghan government has neither included women in the peacebuilding process, nor has it stemmed the endemic rate of violence against them.

2016 was the bloodiest year since the year of the US invasion. While the Taliban has lost power, it continues to operate and other terrorist groups including Daesh have gotten bigger. Afghan women continue to endure “parallel justice” for supposedly “immoral activities”.

Afghanistan, the most dangerous country in the world to be a woman educates only 15% of its girls. 60% are married off by age 16. Fatwas have been issued for girls not to attend school and even the small handful of women who managed to enter politics has been targeted. Assassination attempts have been made on women in public service. Political leaders, directors of women’s affairs and police chiefs have been killed in recent years.

The fallacy of liberating women as part of the war cry has turned out to be yet another illegitimate reason for this seemingly never-ending conflict. Afghan women are now dealing with not only an epidemic of violence inside their homes – but also in society in general. The prolonged war has exacerbated this. Overall deaths and injuries of women in conflict have increased over 400% from 285 in 2009 to 1,218 last year.

There was a road less travelled, which may have ensured a different outcome, but it seems to have fallen on deaf ears. Five weeks after 9/11, Jan Goodwin and I wrote an opinion editorial for the New York Times on how the Taliban’s repression of women in Afghanistan was a political tool for achieving and consolidating power (i.e. much more political than violence which they needed to be liberated from).

We concluded the piece with a warning that “any political process that moves forward without the representation and participation of women will undermine any chances that the principles of democracy and human rights will take hold in Afghanistan. It will be the first clue that little has changed.”

Sadly, women were left out of almost all political participation and little has changed. Their calls for disarmament were ignored, and the efforts of brave women such as Malalai Joya to prevent warlords from taking power were unsuccessful. She was instead removed from her governmental position. This exclusion of women has taken place despite the UN passing Security Council Resolution 1325 in 2000 and much research including that from the International Peace Institute, which showed that when women were included in peace-building, there was a 35% increase in the probability of it lasting for more than 15 years.

In 2001, we had hoped that the international community would listen to the voices of Afghan women, but the failure to do so and the dire situation of Afghanistan today shows that few lessons have been learned. Discussions on including women in decision-making related to ending conflict and ensuring peace have not been acted upon. Transitional governments supported by the UN were almost entirely male in Afghanistan. And a decade later, exactly the same mistake was made in Libya.

Both countries are now in a virtually impossible positions of political stalemate. In Libya, on the day of elections, a brilliant constitutional lawyer and political activist Salwa Bugaighis was murdered – her political platform was simply to build peace. The Libyan Women’s Platform for Peace (LWPP), which she co-founded, carries on her work, with major obstacles to overcome. More recently still, while pledges were made to ensure that women in Syria were part of the peace-building process, a secondary “advisory” role has been given to them instead.

Meaningfully including women in rebuilding peace in war-torn countries seems like an obvious solution to all of this. Enabling women to be part of processes which secure their future and those of their families and the societies they live in is not only the right thing to do, it’s also the most effective thing to do politically and economically.

As long as the same failed approach is used over and over again, but different results are expected, it is unlikely that we will see any lasting peace in Afghanistan, Libya, Syria, or anywhere else, anytime soon. In the meanwhile, women will continue to lose their lives for daring to follow a path of political leadership, or even of personal freedom.