Indigenous Women: The Frontline Protectors of the Environment 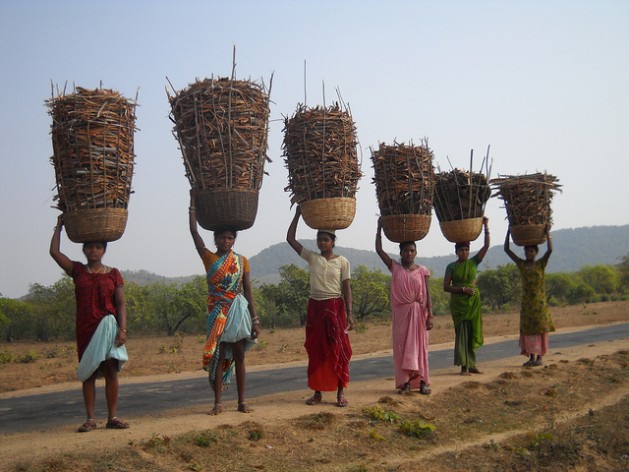 UNITED NATIONS, Apr 27 2017 (IPS) - Indigenous women, while experiencing the first and worst effects of climate change globally, are often in the frontline in struggles to protect the environment.

A forum organized by the Women’s Earth and Climate Action Network (WECAN) brought together indigenous women from around the world to discuss the effects of climate change in their communities and their work towards sustainable solutions.

“This forum is very much dedicated to frontline communities around climate change issues…we really wanted to take the time to visibilise women’s leadership and their calls for action,” said WECAN’s Executive Director Osprey Orielle Lake.

She added that indigenous women are “drawing a red line to protect and defend mother earth, all species, and the very web of life itself.”

Among the forum’s participants was Executive Director of the Indigenous Information Network Lucy Mulenkei who works with indigenous communities in Kenya on sustainable Development.

She told told IPS how Kenyan indigenous women are bearing the brunt of climate change, stating: “We have been experiencing a lot of prolonged droughts…so it leaves women with added workload [because] getting water is a problem, you have to go father.”

In February, the Kenyan Government declared a national drought emergency which has doubled the number of food-insecure people, increased the rate of malnutrition to emergency levels, and left millions without access to safe water.

Because of climate change, the country also experiences heavy rains which lead to floods, impacting indigenous communities as a whole, Mulenkei said.

Despite being over 8,000 miles away from Kenya, Mulenkei told IPS that “whatever you do from far away impacts us here.”

The fossil fuel industry is also impacting indigenous communities within the U.S. through its mega infrastructure projects.

“You cannot imagine how much things changed when the oil came,” Kandi Mossett, Indigenous Environmental Network’s (IEN) Extreme Energy and Just Transition Campaign Organiser, said in reference to the discovery of oil in the Bakken Shale formation in North Dakota.

“The air is being poisoned, the water is being destroyed,” she continued.

Mossett is among the frontline indigenous women in the movement against the Dakota Access Pipeline (DAPL) which garnered international attention in 2016 after thousands of protestors were met with violence by security forces.

She told IPS that indigenous communities are disproportionately targeted for such projects. “You don’t see a frack well in Hollywood or in the White House lawn. You see it in low-income, minority populations.” 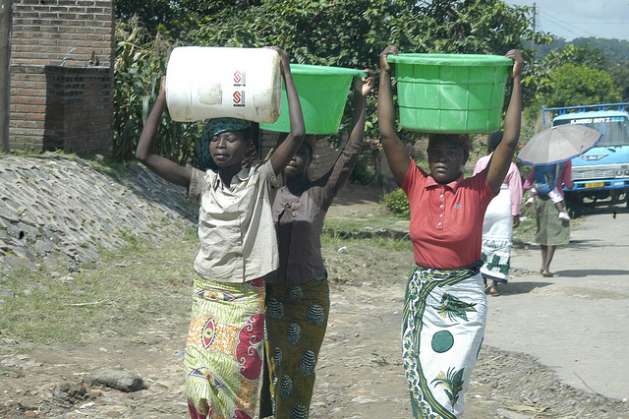 Women return from fetching water after the water in their homes was cut off during the water rationing. Credit: Charles Mpaka/IPS

Mossett highlighted the importance of consent prior to the approval of such development projects as cited in the UN Declaration on the Rights of Indigenous Peoples (UNDRIP), adding that neither the company or government officials did as such in the case of DAPL.

“Consultation is not consent,” she told attendees.

Indigenous communities are facing similar issues as the economy and companies shift to renewable energy.

In Kenya, indigenous communities are seeing the construction of renewable energy projects on their land and without their consent, including the Ngong Hills and Kipeto wind power projects on Maasai territory.

“I feel neglected, I feel marginalized, I feel isolated,” Mulenkei told IPS regarding the lack of consent and consultation of indigenous groups on such projects, adding that the projects would be beneficial if only they were participatory.

Indigenous peoples at times face more extreme violations in the increasingly green economy including the displacement of Maasai communities following the expansion of geothermal energy production in Kenya. In Honduras, indigenous environmental activist Berta Caceres was shot and killed in her home in March 2016 after opposing the development of a hydroelectric dam.

According to a report by the Business and Human Rights Resource Center, five out of 50 renewable energy companies reported that they are committed to following UNDRIP.

Both Mossett and Mulenkei stressed the need to respect indigenous rights as a whole and urged for human rights-based collective actions to protect the environment.

“We have to do nonviolent direct actions on the ground and we have to take back the power in our communities because nobody is going to do it for us,” Mossett stated.

The Indigenous Women Protecting Earth, Rights, and Communities forum was hosted in parallel to the 16th session of the UN Permanent Forum on Indigenous Issues (UNFPII) being held from 24 April to 5 May at the UN Headquarters in New York.