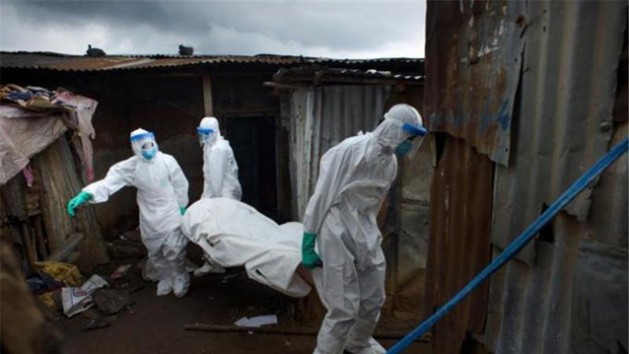 The Group has argued that the world is now a big village, where the borders between countries are crossed by millions every day for different reasons– a better life for some, a migration for others, all due to different factors, including climate change and the outbreak of fast-spreading diseases.

Speaking on behalf of the Group of 77, joined by China, Lourdes Pereira of the Ecuadorean Mission to the UN told the Fifth Committee that since the 2014 Ebola outbreak, it became quickly evident that one country alone, with limited capacities and resources, could not face singlehandedly a threat of that dimension spreading across the borders – particularly, if it was not contained with global efforts.

But it also became evident, she pointed out, that regional and international organizations in charge of health, in particular the World Health Organization (WHO), did not have the relevant mechanisms and resources in place for a rapid response to stem the tide of the crisis.

“Uncertainty, fear and a lack of capacity and preparedness contributed to an ineffective and delayed response.”

She expressed the Group’s appreciation for the establishment of the United Nations Mission for Ebola Emergency Response (UNMEER), the first-ever UN emergency health mission.

Despite serious challenges, the presence of UNMEER played a catalytic role in mobilizing the necessary financial and human resources to scale up the response to fight a disease which mostly affected West Africa.

The Group underlines that, the availability of immediate funds in an emergency intervention, flexible enough to meet identified critical gaps, is every important and helps build synergies of the global response.

To this end, the Group commended the Office of the Special Envoy on Ebola for its role in mobilizing extra-budgetary resources to the Ebola Multi-Partner Trust Fund, the international institutions, in particular WHO, OCHA, the bilateral and multilateral partners, the African Union and sub-regional organizations, the civil society, and many others for their fundamental contributions during the Ebola outbreak.

She said the reports under consideration by the Fifth Committee highlighted the numerous challenges encountered in the fight against the Ebola virus disease.

These challenges included, but not limited to the lack of coordination, initial confusion on responsibility sharing; trained and experienced personnel; inefficiencies in the use of new mechanisms which led to the loss of time; ineffective community engagement; proper logistic coordination; information on the financial performance of the Mission and on the liquidation and disposal of assets.

In order to avoid future problems in such crisis situations, the Group underlined the importance of building on existing institutional and coordination mechanisms, working with entities already on the ground such as the WHO and the United Nations Country team and the African Union, so as to reduce confusion, especially in the midst of health crises such as the recent Ebola outbreak.