Tom Maguire is the Communications Manager at RESULTS UK 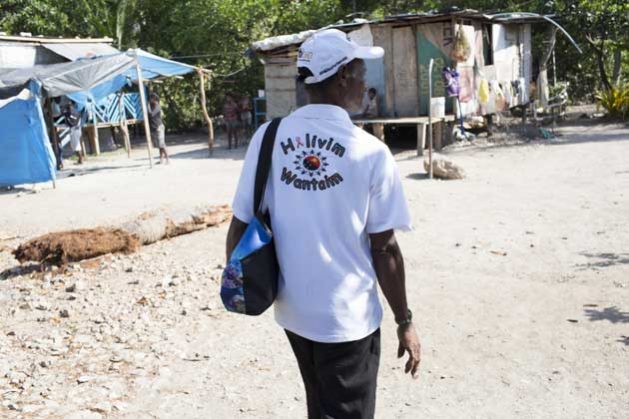 LONDON, Jul 24 2018 (IPS) - A group of teenage boys huddle around Michelle in the mangroves behind Joyce Bay, a spot frequented by men who have sex with men (MSM) in Port Moresby, Papua New Guinea (PNG).

She asks them how regularly they have sex and whether they have been tested for HIV or tuberculosis (TB). Her questions are met with giggles, intrigue and confusion. It turned out that none of the eight present have been tested for either disease. Michelle is a peer educator working to test key populations in her community for HIV, and more recently TB as well.

Five key populations— sex workers, MSMs, transgender people, people who inject drugs, and people in prison and confined settings are disproportionally affected by HIV, but are also the least likely to have access to preventative care, diagnostics, and treatment. One in two new HIV infections worldwide are in these populations.

They face a number of barriers that limit their access to essential health services or exclude them all together. Many are subjected to significant levels of stigma, discrimination, abuse and violence. In many settings, laws that criminalise behaviours such as drug use, sex work, and same-sex relationships further marginalise young people and perpetuate their exclusion.

Fearing discrimination and possible legal consequences, they are hesitant to accessing testing and treatment services. They are also often reluctant to disclose their HIV status to their family and community in fear of revealing their identity or sexual orientation. The outcome is that they remain hidden from the services and support networks they need.

Same-sex relationships are illegal and punishable by up to 14 years in prison in Papua New Guinea. While some coastal communities in the National Capital District are increasingly accepting of same-sex relationships, tolerance across this predominately Catholic country remains low and impacts the number of MSM who get tested. 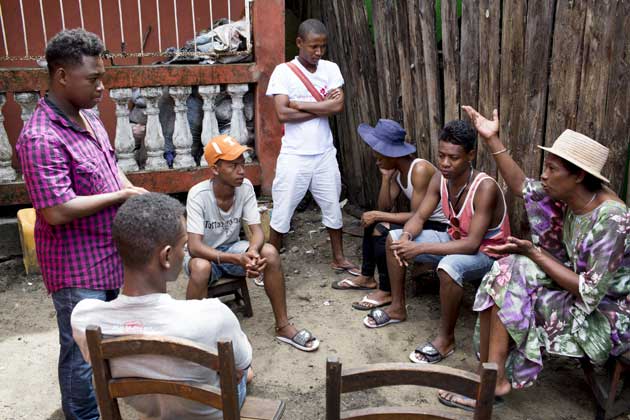 A new report on key populations, commissioned by PNG’s National Department of Health, says more than half of gay men, other men who have sex with men, and transgender people have never been tested for HIV.

To overcome the myriad and interconnected barriers, civil society organizations are introducing programs to increase awareness about HIV among those groups who are often missed by national programs.

In Papua New Guinea’s capital Port Moresby, a cadre of volunteer peer educators, like Michelle, have been trained to go out to clubs, pick-up spots for sex workers, and safe spaces where LGBTQ+ people meet and socialize, to distribute condoms and encourage people to get tested.

In Madagascar, Solidarité des MSM Madagascar, set up by transgender activist Balou Chabart Rasoananaivo, targets men who have sex with men with HIV sensitisation programmes at local social events. This approach aims to support young MSM to think of themselves as part of a community, and to strengthen community norms for sexual health. Dispelling myths around using condoms is another important part of the organisations work.

For example, many Malagasy’s believe that the gel on the tip of a condom is tap water. Madagascar’s water supply is so polluted that this seemingly unimportant detail can make the difference between people choosing to use condoms or not.

While good progress has been made, many so-called ‘key populations’ are still unable to access treatment. In some countries drug-stocks outs are regular occurrences. Drug stock-outs can have a devastating and life-threatening impact for everyone completing treatment for HIV, but key populations are often worse affected as they typically access treatment outside of the national healthcare system.

Just recently, the amount of antiretroviral medicine available in Papua New Guinea has fallen to such low levels that the country has started to eat into its buffer stock. Health Secretary Pascoe Kase admitted in a statement to local media that stocks were low, but that the Department of Health was working with donors to figure out a solution. Madagascar found itself in a similar predicament in 2015.

According to the 2017 Global TB Report, more than one million people infected with HIV contract TB annually, and 374,000 people die from it.

Globally, progress is being made to integrate TB-HIV services. Papua New Guinea’s capital, Port Moresby, has the highest rate of TB in the world; all patients are now being tested for both HIV and TB whenever they visit a health facility and display symptoms of either disease.

The recent integration of the two programs is already helping to identify more cases of both disease and ensure those that are living with TB/HIV co-infection are put on an appropriate course of treatment.

According to David Bridger, the UNAIDS Country Director for Papua New Guinea: “Only when we ensure that Papua New Guinea’s HIV programming reaches the right people in the right way and place, and at the right time, will the increasing HIV infection rates amongst key populations be slowed”.

Civil society organisations (CSOs) and peer educators like Michelle and Balou play a leading role in the fight to end the world’s two deadliest infectious disease and ensuring no group or individual gets left behind. But their efforts are futile unless governments and donors ensure those that need treatment can access it.

This is the message that CSOs conveyed to the AIDS 2018 Conference in Amsterdam, July 23 -27.

On the road to the first-ever United Nations High Level Meeting on TB, advocates are using the AIDS conference to highlight the deadly link between HIV and TB that is so obvious in places like PNG, and to make it clear that attaining the Sustainable Development Goals rests heavily on how well societies understand and treat these diseases.