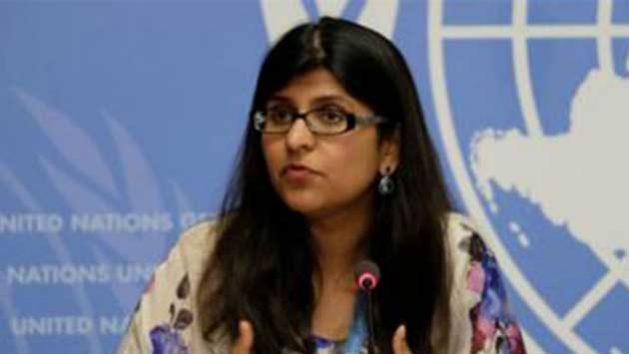 Oct 9 2018 - UN High Commissioner for Human Rights today called upon the Bangladesh government to urgently revise the Digital Security Act, to ensure that it is in line with international human rights law.

“We call on Bangladesh to urgently revise the Digital Security Act, to ensure that it is in line with international human rights law and that it provides for checks and balances against arbitrary arrest, detention, and other undue restrictions of the rights of individuals to the legitimate exercise of their freedom of expression and opinion. We stand ready to assist the Government,” said Spokesperson for the UN High Commissioner for Human Rights Ravina Shamdasani.

The Digital Security Act was on Monday signed into law in Bangladesh, despite wide-ranging concerns that its content and scope could seriously impede the exercise of the rights to freedom of expression and opinion, as well as the rights to liberty of the person and to due process of law.

“The Act could have a severe impact on the work of journalists, bloggers, commentators and historians but also penalizes the legitimate exercise of the right to freedom of expression by any other individual, including on social media,” she said in the statement.

“The law contains vague provisions that would impose long prison sentences of up to seven years or a fine for online speech that disturbs the law and order situation, affects religious feelings or ruins communal harmony.”

Any kind of propaganda or publicity against the “Spirit of The War of Liberation”, the National Anthem or National Flag is punishable by imprisonment of up to 10 years on first offence and/or a fine of 10 million Bangladesh Taka (nearly 120,000 USD). Provisions linking to digital offences under the colonial-era Official Secrets Act carry penalties of 14 years’ imprisonment, and life imprisonment for repeat offenders.

The Act gives the police wide powers of search and arrest without warrant. Many of the offences in the Act are unbailable, reads the statement.

“This is of particular concern given concerns about due process in Bangladesh.”

The Act also provides broad powers to the Government to restrict and intercept digital information.

“The law as it stands does not meet Bangladesh’s obligations under the International Covenant on Civil and Political Rights, including provisions to respect and protect the right to be free from arbitrary arrest under Article 9; to protection from interference with privacy and correspondence under Article 17, and to freedom of opinion and expression under Article 19,” she also said.

During its Universal Periodic Review by the UN Human Rights Council on 20 September, the day after the Act was initially adopted by Parliament, the Government of Bangladesh agreed to recommendations relating to the freedom of expression and to bringing national legislation into compliance with its international obligations. However, despite pledges to revisit the problematic provisions of the Act, it was signed into law yesterday.