Water: a Private Privilege, not a Community Resource

Shekhar Kapur* is director, actor and producer, who rose to international prominence with the 1998 Bollywood movie, Bandit Queen. 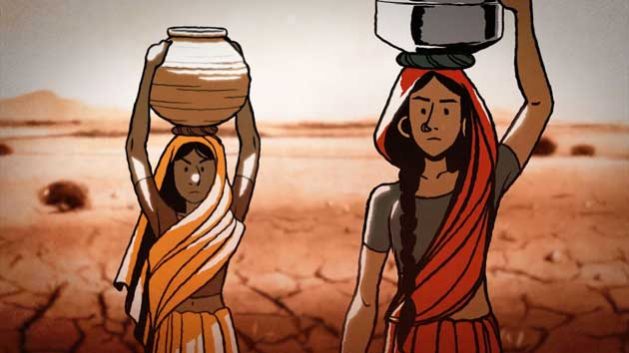 MUMBAI, India, Oct 16 2018 (IPS) - Water is becoming a private privilege rather than a community resource. It is also one of the world’s most precious resources. As vital to the survival of the human species as the air that we breathe.

Yet while many of us take water for granted, readily buying a pair of jeans that take 7,600 litres of water to produce or luxuriating in power showers, 844 million people across the world still live without access to clean water. What’s more, an estimated four billion people face severe water scarcity for at least one month every year.

That is why I have created short animation Brides of the Well, with international development charity, WaterAid, adapted from one of my short stories. It tells the tale of Saraswati and Paras; two teenagers living in Punjab, northern India, who are forced into child marriage and a life of servitude, centred round walking long distances to collect water for their aging husbands.

The story, while fictional, tells a universal truth; that we are a world divided between the haves and the have-nots. That while many think nothing of turning on the tap for a glass of clean, safe water, millions of others are forced to walk long distances for this most basic necessity, often from contaminated sources; their health, education, livelihoods and dreams curtailed as a result. 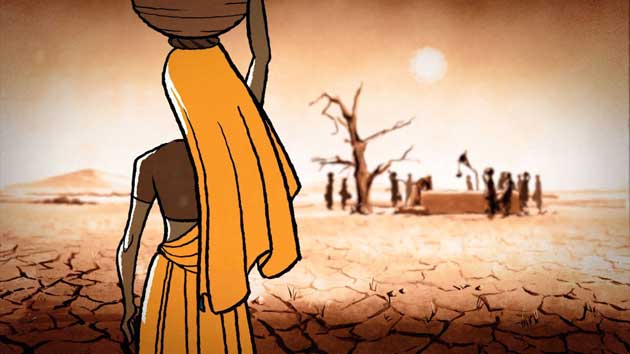 Growing up in India, I would wake between 4am and 5am every day to fill tankards of water for the household because that was the only time it was available. Today, in Mumbai, I see people living in slums struggling to find a safe, clean water source while across the road, wealthier homes have endless supplies on tap.

In India, Saraswati and Paras are typical of a staggering 163 million people – including roughly 81 million women – living without access to clean water close to home, meaning it has the highest population of people in the world without access.

A lack of clean water close to home affects women and girls disproportionately throughout their lives, with many bearing the burden of walking long distances to collect water, often from contaminated sources.

This means that often girls have no choice but to drop out of school from an early age, missing their education and opportunities and – in some cases – making them more vulnerable to early marriage.

Each year, more people gain access to clean water, but at the same time India is facing severe water shortages, with 600 million people affected by a variety of challenges including falling groundwater levels, drought, demand from agriculture and industry, and poor water resource management; all of which are likely to intensify as the impacts of climate change take hold. 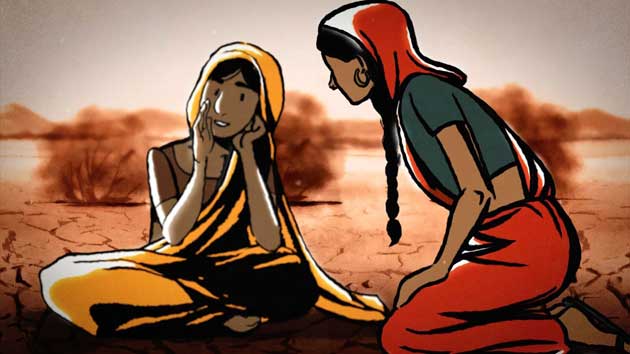 According to a government think tank, the country’s water demand is projected to be twice the available supply by 2030. India is by no means alone. These rising demands mean that this life-giving resource is increasingly under threat across the globe.

In January, authorities in Cape Town, warned of an impending ‘Day Zero’; when they would be forced to turn off the city’s taps after three consecutive years of drought. While in China, the country’s first National Census of Water showed that in the past quarter century, 28,000 riverbeds have vanished and groundwater levels are falling by one to three metres per year.

Saraswati and Paras might be works of fiction but their story – of lives centred round collecting water from drying wells – is a daily reality for millions of people across the world.

My hope is that Brides of the Well will impress upon people the injustices that result from not having clean water; of lives curtailed and dreams left unfulfilled simply because an accident of birth has denied them this most basic human right.

I hope it will act as a rallying cry for action, encouraging people to think more about where our water comes from, and call for better access for everyone everywhere. 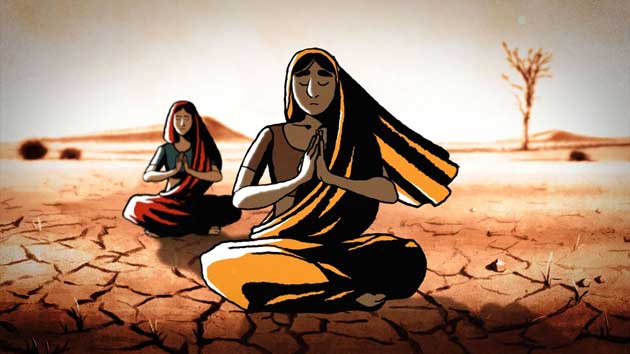 The global water crisis is not a problem for the next generation to tackle; it is a problem playing out across our television screens and in our newspaper headlines today.

We need urgent action, not just from our governments, private companies and the international community to help people currently living without access to this most basic resource. Only then will people like Saraswati and Paras truly be free.

*Shekhar Kapur went on to direct the hugely popular and multi-award winning historical biopics of Queen Elizabeth I, Elizabeth and its sequel Elizabeth: The Golden Age. He has been the recipient of the Indian National Film Award, the BAFTA Award, the National Board of Review Award, and three Filmfare Awards. His most recent project,Vishwaroopam II, is due for release this year.

Shekhar Kapur worked with WaterAid to create the animation Brides of the Well, which highlights the global water crisis. Watch it at www.wateraid.org/bridesofthewell.