The Contribution of Humanitarian Action to Peace 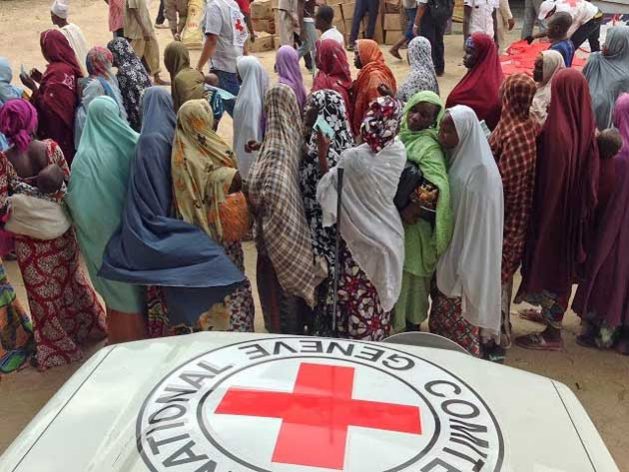 STOCKHOLM, May 22 2019 (IPS) - The connection of humanitarian action to broader objectives like peace, development and human rights is understandably complex, but it is also an area in which some fresh thinking is important.

The dilemma we are facing today is how to expand and uphold neutral, impartial and independent humanitarian action while designing and understanding such action as a bridge to broader and more ambitious transformative agendas.

No matter how we characterise this dilemma, above all we must anchor our discussions in the realities of people living under the shadow of conflict, insecurity and fragility. This is particularly important given that more than 80% of people displaced by violence and conflict today originate from fewer than 20 particularly vulnerable contexts, most of them privileged areas of humanitarian action – and that those contexts endanger achievement of the SDGs.

Working on the frontlines, the ICRC bears witness to suffering in conflicts around the world; and we also observe how the new dynamics of violence are taking a heavy toll on the lives of every day men, women and children.

In recent years we have seen how the gap is widening between the scale of humanitarian needs and the available humanitarian response. Despite all the efforts to grow the humanitarian sector and to respond through emergency operations to such contexts, we also recognize that gaps do not and will not be closed by traditional humanitarian action.

The dominant features of fragility that we see today include:

• Enormous humanitarian needs, whether through displacement, pandemics, or the loss of education or livelihoods.

These factors are exacerbated by protracted, urbanized conflicts, which not only kill and maim, but destroy systems, infrastructure and economies and thus compel humanitarian actors to take a fresh look at what people need in such environments. 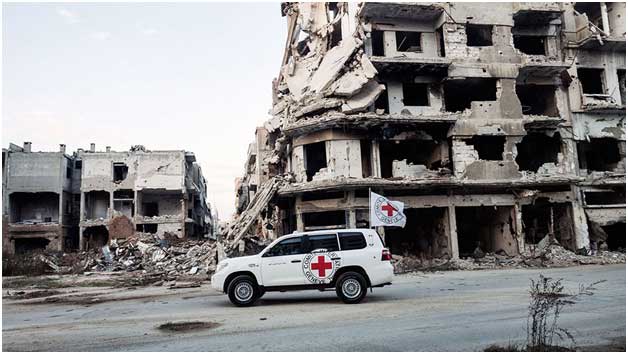 I am reminded of the shells of destroyed cities we’ve seen in recent years – Mosul, Aleppo, Taiz and many more. The deep structural degradation of infrastructure and social systems in cities will be incredibly difficult to repair and will require high levels of investment over the long term.

But it is exactly in these places where we see a patent absence of development actors – because of security risks or political blockages to envisage broader development engagement.

People’s needs are many-sided: they are short, medium and long term. They are individual and community oriented. They are material, but also psychosocial and psychological.

The realities on the ground are moving further away by the day from the classical bureaucracies, structures, processes and policy categories which the international community has created to deal with such issues of concern: human rights, peace-building, development, humanitarian action. Realities don’t fit the boxes.

At the same time, with these deep needs, it is clear that no actor working alone will be able to meet the demands. Today’s needs landscape has long surpassed any individual approach.

And there are no blanket solutions: instead, we must the adapt to the particular needs of communities, to their skills and resilience capacities. Approaches will differ enormously, for example in low or middle-income countries.

Approaches must be strongly localized as well as supported by neutral international actors. Complementarity of efforts centered on creating maximum impact for people will therefore be essential.

Humanitarian actors are not peace builders: neutral, impartial, independent humanitarian action is distinct from political agendas and it must remain so.

Yet, I would argue that while others make peace, humanitarian action helps to make peace possible.

International humanitarian law has positive and multiplying impacts when it is respected. For example, when the principles of proportionality and distinction are applied, lives are saved, hospitals and schools remain open, markets can function and reconciliation after the conflict becomes easier.

Frontline humanitarian action too is a vital stabilizing factor in fragmented environments and a building block towards greater stabilisation. Principled humanitarian action serves to protect against development reversals caused by the effects of war and division in societies.

For example, in recent years in Syria, as the war has shifted into new phases, ICRC has adopted a two-track approach – providing emergency food, shelter to displaced populations; but also working in areas with greater stability to repair water, sanitation and electricity infrastructure.

We have also shifted to replace in-kind by cash assistance and thus prepare the ground for a return of regular economic life or to support market creations and income generating activities.

And it is not only in Syria, but in many contexts millions of people survive and can go back to previously stable lives because of sustained humanitarian upkeep of infrastructure, health systems or investments in community-building and livelihood support.

Also, today the ICRC is fulfilling varying requests to act as a neutral intermediary in conflict. Each and every month, when my colleagues brief me on the engagement, we entertain to establish links between belligerents, I wonder whether out of isolated humanitarian activities, we are able to build a more sustained engagement pointing beyond humanitarian action.

We are called on to prevent relations from deteriorating or to find mutual trust-building measures that would help increase stability.

Here in Stockholm, the Yemeni parties agreed to make detention exchanges an important next step in peace negotiations and it is ICRC’s humanitarian experience, which has supported the negotiation of a draft agreement, which hopefully one day will also lead to something broader than a humanitarian result.

Our mode of working is distinct, drawing on our humanitarian experience and relying on the principles of neutrality, independence and impartiality but the effect of our action hopefully allows for more.

Through humanitarian disarmament initiatives, we are engaging bilaterally, mini-laterally and multilaterally to build consensus to limit the use of indiscriminate, harmful weapons.

Over the years, we have seen strong support from the international community on weapons treaties, including to ban chemical and biological weapons and landmines.

Now with conventional arms reaching record levels, we are also urging States of influence to lead by example and ensure no weapon is supplied where there is a clear risk it would be used to commit or facilitate serious violations of international humanitarian law.

We are also working with others to create greater impact. New financing models, such as the Humanitarian Impact Bond, the Famine Action Mechanism with the World Bank and the United Nations, are testing grounds to align complementary experience, data and finance and to bring States, the private sector and humanitarian actors together in finding new and more meaningful tools to address some of the big disruptions of our times.

With humanitarian demands vast and complex, we must find a basis on which to work differently. It will take all of us – working together and through our distinct roles – to prevent and alleviate suffering, to build stability, and take the first steps on long path back to peace and development.

I am aware that some are afraid that principled humanitarianism risks losing its soul by trying to build pathways to peace and development. But may I remind them what the founding fathers of the ICRC in their foundational assembly of 1863 agreed: that humanitarian action could only escape the danger of prolonging war, if it were shaped in a way that it would contribute to the creation of peace in the long run.

As a four-time recipient of the Nobel Peace Prize, the ICRC hopes Norway and Sweden may have a clearer understanding than anybody else about the intrinsic link of principled humanitarianism with broader societal aspirations.

*In an address to the Stockholm Forum on Peace & Development.