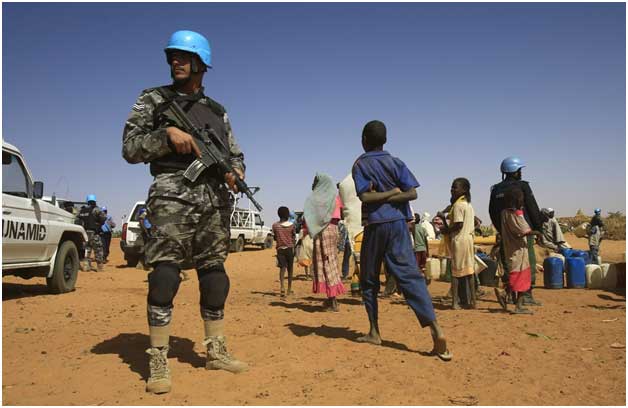 The African Union - United Nations Hybrid Operation in Darfur, Sudan, referred to by its acronym UNAMID, was established on 31 July 2007 with the adoption of Security Council resolution 1769. UNAMID has the protection of civilians as its core mandate, but is also tasked with contributing to security for humanitarian assistance, monitoring and verifying implementation of agreements, assisting an inclusive political process, contributing to the promotion of human rights and the rule of law, and monitoring and reporting on the situation along the borders with Chad and the Central African Republic (CAR).

However, the prospect for democracy remains uncertain with regional autocracies aiding the military government, ceaseless violent clashes and the UN on retreat.

A Sudanese protester, Abdelfatah Arman, told IPS that the situation on the ground is characterized by continued violence.

“We started to see military personnel in uniforms, along with the National Intelligence and Security Services (NISS),” Arman said, recalling a protest he participated in Al Souq Al Arabi, the largest open market in the capital Khartoum.

“They were heavily armed and blocked, with their open back pick-up trucks, all the roads leading to the Souq or the Presidential Palace. They used batons, teargas, and had snipers in some buildings,” he said, in an interview with IPS.

“We started to run in every direction to get out of there,” said Arman, who is currently a doctoral student at Penn State University’s education school.

He is also a journalist and a member of the Forces of Freedom and Change (FCC), a protest organization group.

Since December 2018, protesters led by the FFC and the Sudanese Professionals Association (SPA) have taken to the streets in half a dozen cities, demanding the resignation of Sudan’s ruler of thirty years, Omar al-Bashir.

Although al-Bashir was ousted in April, a military government headed by the Transitional Military Council (TMC) has since taken over, rejected the civilian demand for democratic elections and killed more than 100 peaceful sit-in protesters in a brutal crackdown on June 3 that drew international outrage.

Nearly 40 bodies were later reported to be thrown into the Nile River, among them men, women and children. Medical staff were wounded, along with doctors and volunteers at clinics. 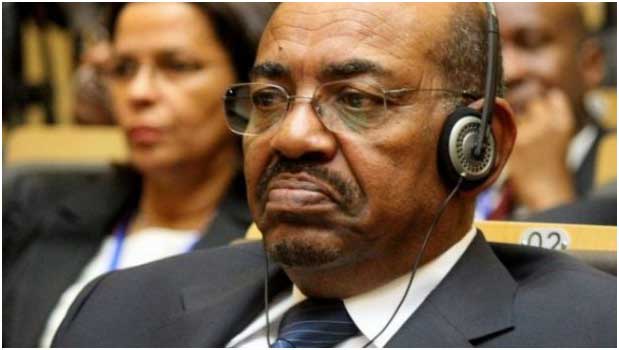 Al-Bashir was indicted by the International Criminal Court (ICC) in 2009 on charges of war crimes in the western region of Darfur. The charges are pending and he never appeared before the ICC in the Hague.

Meanwhile, Human Rights Watch has condemned the June massacre, calling for a UN inquiry into the TMC’s violence.

“The decision to unleash violence against peaceful protesters is absolutely unjustified and unlawful, and a slap in the face for those who have been pursuing dialogue to achieve a handover to civilian government,” the organization said.

“Those forced to walk have been seen carrying knives and sticks, especially in Khartoum’s twin city of Omdurman, to protect themselves,” Salih said.

The UN Humanitarian Coordinator in Sudan, Gwi-Yeop Son, has noted the “deteriorating” humanitarian situation in Sudan, voicing deep concern that half a million people are at risk of disease infection without access to proper medical supplies.

Despite mounting obstacles, the SPA has reasserted its conviction for a civilian government, called for an international panel to investigate the “barbaric” June 3 massacre in Khartoum and continued to call for civil disobedience.

However, regional autocracies like Saudi Arabia and the United Arab Emirates are working towards a different end.

Security intelligence thinktank The Soufan Group warns that the on-going confrontation could risk spiraling into a full-scale civil war.

“There are clear parallels to some of the Arab Spring protests that eventually progressed to full-blown insurgencies, including Syria, where indiscriminate shelling of civilians by the military initially galvanized protest movements that helped launch a broader uprising,” the organization said.

However, a potential civil war could end up in another military government, repeating Egypt’s path following the Arab Spring.

The United Nations has urged for both sides to resume peaceful negotiations and search for a political solution to the conflict.

At the Security Council meeting on June 14, member states stressed that the worsening humanitarian situation demands continued UN support, but Sudan should take control of its own political future.

“A peaceful and orderly transition aiming to achieve the transfer of political power to a civilian, democratic and representative government is the only lasting way to resolve the current crisis,” said Belgium’s representative Marc Pecsteen de Buytswerve.

The UN withdrew its civilian staff in Khartoum after the June 3 massacre but resumed the rest of its operations.

Arman said that the FFC would not hold negotiations with the military government until the sit-in massacre is investigated. However, despite the present tension with the TMC, Arman remains optimistic for a democratic transition.

“We’re hopeful that if we were able to topple dictator Bashir and his successor Gen. Ahmed Award Ibn Auf, we would be able to topple Gen. Al-Burhan and the military junta.”

“We’ll continue our protest and civil disobedience until they’re out,” said Arman. “We will not accept anything less than a civilian-led government.”