Is there a Co-Relation Between Human Development & SDGs? 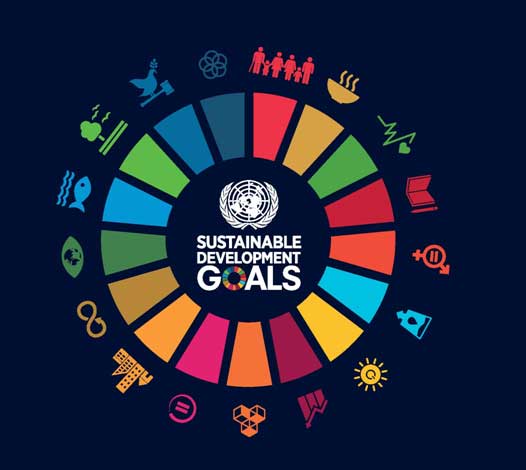 During the second half of the 20th century there were growing concerns about the tyranny of gross domestic product (GDP). Many decision-makers seemed to believe that economic growth and wellbeing were synonymous.

But those who understood what GDP actually measures disagreed. Their arguments were well encapsulated in Bobby Kennedy’s now famous speech in which he noted that GDP “measures everything in short, except that which makes life worthwhile”.

Thirty years later global development stands at another milestone. The 2030 Agenda is an opportunity to end poverty, protect the planet and ensure lasting peace and prosperity. Can human development thinking inspire a new generation of analysis, measurement and decision-making to revolutionise global development once again?

How does human development relate to the SDGs?

There are many links between the human development approach and the 2030 Agenda. But it is worth noting up front that the two are fundamentally different things.

The Sustainable Development Goals (SDGs) are a globally agreed tool for assessing development progress. Human development, meanwhile, is a philosophy – or lens – for considering almost any development issue one can think of.

In other words, the SDGs provide a development destination. Human development allows one to design the route to get there. Two characteristics of the approach make it particularly suitable for designing the policies that nations need to achieve the SDGs.

First, the SDGs are ‘integrated and indivisible’. And so, though the goals are discrete, the policies for achieving them need to recognise the interlinkages between the different areas. The human development approach stresses the importance of integrated thinking and the ‘joined up’ nature of development.

For instance, when trying to make it easier for someone to find work, one also needs to think about that person’s health, other responsibilities (at home, for example), education, access to transport, freedom to take a job (particularly for many women), and so on.

Second, while all nations have agreed on the importance of the SDGs, it is for each nation to pursue the goals according to their own priorities. And so, any broad development approach will need to be flexible if it is to be useful to many countries.

Human development can be thought of as broad as – or broader than – the 2030 Agenda. It is an approach that can be applied in different places, by different people and in different ways to tackle different issues. 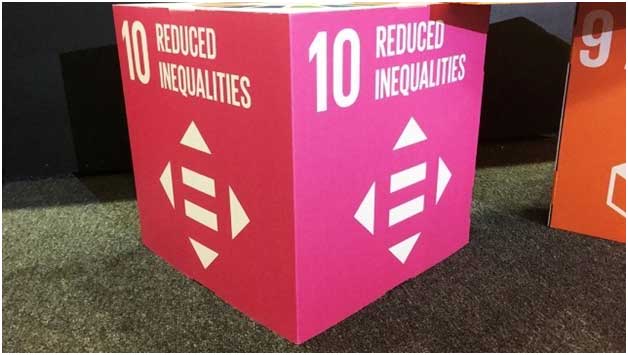 The SDGs comprise 17 goals, 169 targets and 232 indicators. Some commentators see the quantity of targets as a weakness. Others argue it is a necessary reflection of the complexity of life.

Whatever one thinks, the number of indicators undoubtedly makes it difficult to readily summarise a nation’s overall progress against the 2030 Agenda. Indeed, it is often argued that one reason for GDP’s dominance in political debate is that it provides a ‘one number’ measure of progress that captures public attention.

Mahbub Ul Haq, the father of the HDI, recognised the convening power of a single number: “We need a measure of the same level of vulgarity as GNP – just one number – but a measure that is not as blind to social aspects of human lives as GNP is.”

But the HDI has also attracted criticism. This is primarily because – as with almost all composite indicators – it is impossible to avoid rather arbitrary weighting when combining component indicators measured in different units: life expectancy (in years of life), income (in purchasing power) or education (in years of expected and actual schooling).

If this is problematic for the HDI, built from just four indicators, then imagine the uproar if one tried a similar approach with the SDGs’ 232 indicators.

Is there a middle ground? There might be a case for using the HDI as one of a very few measures to summarise progress towards the 2030 Agenda. Many of the SDGs relate directly to the HDI: poverty, health, education and work, for example.

Others – such as peace and hunger – relate indirectly. And if the HDI is moving in the right direction, it is rather likely that those SDGs are progressing too.

This is not to say that the HDI should replace those targets and indicators. It cannot. But the index can offer a rough indication of whether a nation is progressing against many of the SDGs.

Finding other summary measures – to sketch a fuller picture of progress towards the 2030 Agenda – is undoubtedly a challenge given the diversity of goals and targets. But work we are planning at UNDP might help.

It is fair to say that the HDI has not evolved as dramatically as the world’s development challenges have over the past 30 years. Some of the challenges the planet is grappling with are new, such as understanding what the rise in artificial intelligence might mean for the labour force a decade from now.

And some global challenges are more urgent than 30 years ago: the frightening pace of climate change being the most obvious example.

Indeed, the natural environment is a crucial component of the 2030 Agenda. But neither the HDI, nor our other composite indicators of human development, touch on environmental concerns. We intend next year to investigate how environmental – and other – considerations could be included within a composite development index.

The development world is rightly focused on the SDGs. But global development will not, of course, grind to a halt in 2030 even if all the SDGs are achieved. Old concerns will continue. New ones will emerge.

And the HDR has an important role to play in ensuring we keep one eye on the horizon, even if most attention is focused on the next 11 years.

For example, this year’s HDR will be about inequality. An emerging theme suggests that although many countries are making progress in closing key development gaps, new fissures are opening just as quickly.

These ‘new’ inequalities will have lifetime consequences, particularly given the rapid technological changes that are already impacting labour markets. It is important that we pay attention to them now. It is also important that we get ahead of the curve to see what important gaps will emerge in the next decade, even if they are not included in the SDGs.

The 2030 Agenda and the SDGs – with their universal call to action to end poverty, protect the planet and ensure that all people enjoy peace and prosperity – foreshadow a better world that the human development approach is helping to build. But the story of global development will not end in 2030.

It is our job to ensure that human development thinking will continue to shape the global development landscape for the rest of the 21st century.

* UNDP’s Human Development Report turns 30 next year. This is a moment both for celebrating the report’s impact, and for reflecting on how it can continue to help global development in a landscape dominated by the SDGs