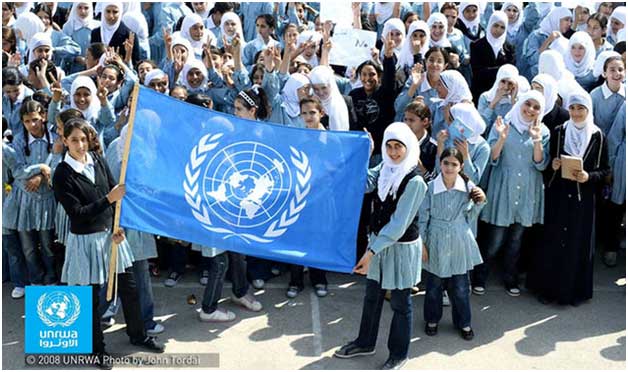 UNITED NATIONS, Aug 2 2019 (IPS) - The UN Relief and Works Agency (UNRWA), which has been undermined by a sharp cut in US contributions, has been embroiled in a scandal that threatens to jeopardize its very future.

A report from the Ethics Office has found “credible and corroborated” evidence that the senior management of UNRWA engaged in “sexual misconduct, nepotism, retaliation, discrimination and other abuses of authority, for personal gain, to suppress legitimate dissent, and to otherwise achieve their personal objectives.”

As a result, two of the donors, Switzerland and the Netherlands, have suspended payments to UNRWA, with the possibility of others to follow.

In January 2018, the Trump administration announced it was withholding $65m out of a $125m aid package earmarked for UNRWA, a veritable lifeline for more than five million registered Palestinian refugees, for nearly 70 years.

That move was prompted primarily for political reasons.

Paula Donovan and Stephen Lewis, co-directors of AIDS-Free World and its Code Blue Campaign, which seeks to end impunity for sexual abuse by UN personnel, told IPS the incriminating report was received in the Secretary-General’s office eight months ago.

“If the UNRWA story had not been broken by the media, the Secretary-General would not have acted. Alas, that’s the pattern,” they added.

Secretary-General Antonio Guterres told reporters August 1: “I have been acting quite significantly to make sure that we strengthen UNRWA and UNRWA’s capacity to deliver”.

“I’ve been appealing for the support to UNRWA to all countries of the world as I think we should distinguish what are the revelations made, or accusations made, in relation to members of the management of UNRWA, from the needs to preserve UNRWA, to support UNRWA, and to make UNRWA effective in the very important action in relation to the Palestine refugees, and I’ve been acting consistently to support that.”

As you know in the present situation, he pointed out, the deputy of UNRWA has resigned, and “so I decided that it would be important to immediately appoint a new deputy as acting deputy and, as I said, in relation to any intervention that might [be] justified, I will wait, according to due process, for the results of the inquiry and, based on the results of the inquiry, I will act accordingly.” 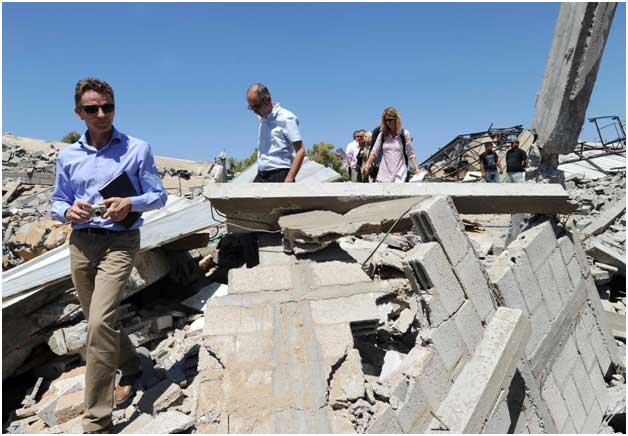 According to UNRWA, the UN agency is funded almost entirely by voluntary contributions.

The only exception is a very limited subsidy from the Regular Budget of the United Nations, which is used exclusively for administrative costs.

“The work of UNRWA could not be carried out without sustained contributions from state and regional governments, the European Union and other government partners, which represented 93.28 per cent of all contributions in 2018.”

In 2018, said UNRWA, 50 per cent of the Agency’s total pledges of $ 1.27 billion came from EU member states, who contributed $643 million, including through the European Commission.

The EU (including the European Commission), Germany and Saudi Arabia were the largest individual donors, contributing a cumulative 40 per cent of the Agency’s overall funding. The United Kingdom and Sweden were also among the top five donors.

The Trump administration said last August it has carefully reviewed the issue and determined that the United States will not make additional contributions to UNRWA.

“When we made a US contribution of $60 million in January, we made it clear that the United States was no longer willing to shoulder the very disproportionate share of the burden of UNRWA’s costs that we had assumed for many years,” according to the US State Department.

“Beyond the budget gap itself and failure to mobilize adequate and appropriate burden sharing, the fundamental business model and fiscal practices that have marked UNRWA for years– tied to UNRWA’s endlessly and exponentially expanding community of entitled beneficiaries– is simply unsustainable and has been in crisis mode for many years,” it continued.

“The United States will no longer commit further funding to this irredeemably flawed operation.”

UN Deputy Spokesperson Farhan Haq told reporters July 30 that Guterres believes it’s essential that UNRWA gets the support it needs and “so we will be looking to make sure that all of the countries that have been generous in donating to UNRWA will continue to be able to support that, and will look at engaging with them to see what can be done to satisfy them”.

“Clearly, this is an agency – as we have been saying in the last few years, when, as you know, it faced a financial crisis – this is an agency whose work is critical to the lives, to the health, to the education of millions of people, millions of Palestinians across the region, and they have been a vital source of stability, not just for those people but for the region itself,” he added.

Asked for a response about the charges against UNRWA, Haq said there is an ongoing investigation on the allegations contained in the report.

Asked who was conducting the investigation, Haq said: “This is happening by our Office of Internal Oversight Services (OIOS). Now, I’ll leave it for you to evaluate the sufficiency of the steps that are taken once we take them; but, like I said, I’ve assured you the Secretary General is ready to take action upon receiving this… the full report”.

In a statement released August 1, Code Blue said the ethics report asserts that the alleged conduct of UNRWA’s senior leaders—Commissioner-General Pierre Krahenbuhl, Deputy Commissioner-General Sandra Mitchell, Chief of Staff Hakam Shahwan, and Senior Adviser to the Commissioner-General Maria Mohammedi—presents “an enormous risk to the reputation of the UN” and “their immediate removal should be carefully considered.”

The ethics report was leaked to the media this week. But it was completed and delivered to the UN Secretary-General in December 2018. That was eight months ago. Mitchell and Shahwan have since left the agency of their own accord. Both Krahenbuhl and Mohammedi remain in their posts, said the statement.

Code Blue also said the Secretary-General has ignored the ethics report’s recommendation that Krahenbuhl and Mohammedi be removed with “immediate” effect.

Instead, the UN has responded to the report by ordering yet another internal investigation, this time by the Office of Internal Oversight Services (OIOS), which is ongoing. In effect, the UN has taken no substantive action to address the crisis at UNRWA.

The Netherlands and Switzerland have responded to the revelations by suspending funding to UNRWA. The United Kingdom is considering such a step. It should go without saying that the work of UNRWA is too important to be sacrificed to the UN’s willingness to allow the crisis to worsen, Code Blue added.