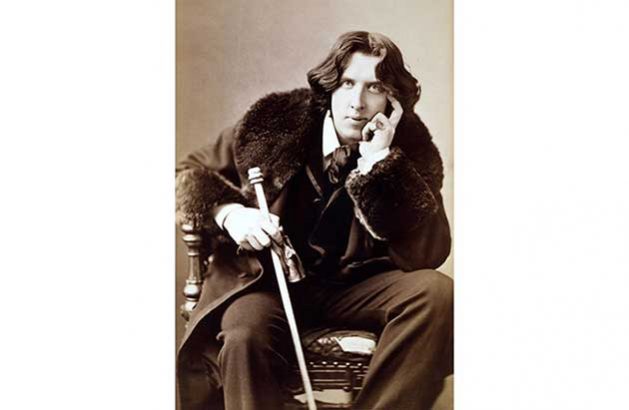 SINGAPORE, Jan 29 2021 - So, who or what was Oscar Fingal Flahertie Wills Wilde? Was he a poet, a prose-smith, a playwright, a classicist, a raconteur, a poseur, an aphorist, or simply a sensation for his, or may be for all, times? He was all of those, and much else besides. He was a lord of language, known for his bitingly witty dialogue and epigrammatic banter, flamboyant dress and glittering conversation. To London’s Victorian society he was both a bright boy in a man’s body, albeit with an intellect of stupendous heights, as well as a thoughtful prophet wrapping profundity in dazzling verbal giftwrap. To discuss his writings, the Dhaka -based “The Reading Circle” held a Webinar ably moderated by Professor Niaz Zaman. The participants -Syed Badrul Ahsan, Tazeen Murshid, Nusrat Haque, Ameenah Ahmed, Tanveerul Haque, Zakia Rahman, Zobaida Latif, and myself -all of us drawn from such different corners of the globe as London, Brussels, Singapore and Dhaka, made presentations. This article is based on my remarks made on that occasion.

Born Irish in 1856, Oscar Wilde had made England famous in America, where during his lecture tour he took the new world by storm. He regaled the Americans with his wisdom and wit, evoking laughter everywhere he went, with such quips as that there was everything common between England and America, except of course, the language!

From Trinity College in Dublin Wilde went to Magdalene at Oxford. The University was to acknowledge him as among its brightest alumni. He graduated with First Class Honors, and moved to London, first conquering the salons of the West end, and then its theatre. He believed that a man who can dominate a London dinner-table could dominate the world. He mocked the flippancy of the upper classes through his plays, poems stories, and his novel “the Picture of Dorian Gray”. He ridiculed them by noting how the hair of a socialite, after the death of her third husband, turned quite gold with grief! Yet it was to their ranks that he also yearned to belong. To him, if being in society was a bore, to be out of it was a tragedy!

What was to finally destroy him, and spell his doom, was his admiration of one young member of this nobility, Lord Alfred Douglas, whom he endearingly called Bosie. Bosie was breathtakingly beautiful, and to Wilde, the visible perception of absolute perfection. This love that dared not speak its name was unrequited. It pulled Wilde down to abysmal depths of degradation, and eventually to prison, where he spent two years in hard labour as a price for consorting with this younger object of his adoration. His was a life in which he seemed to be unable to reconcile his precocious intellect with his immature emotions.

Wilde baffles us by freely mingling profound wisdom with mere frippery. He often played with words, toyed with ideas, and struck poses. His writings that featured in the Webinar were all part of his efforts to create verbal works of art. Critics were not always kind to him. Particularly his morality or rather the lack of it attracted social opprobrium. Yet he persisted, undeterred. He often said he himself disagreed with much he wrote. He held that in art there was no such thing as universal truth. A truth in art was that whose contradictory was also true.

Frank Harris, whose work on Wilde was the first biography on him that I had read in my mid-teens , said that Oscar Wilde’s greatest play was his own life, a tragedy with Greek implications , of which he himself was the most ardent spectator. Wilde once observed to Andre Gide that ‘’ I put my genius into my life and only my talents into my works”.

His sole novel, “The Picture of Dorian Gray”, a dark story of split- self amidst corruption in the heart of the city, belongs to the genre of late Victorian Gothic literature. Some have seen it as a fantasy autobiography of Wilde himself, a moral cautionary tale of the era. It revolves around a Faustian deal that the principal protagonist Dorian Gray makes with the devil by selling his soul for the gift of eternal physical beauty. Names have deep connotations in Wilde; remember “The Importance of Being Earnest”? Dorian Gray’s name is both important and ambiguous. It derives from the combination of the sea-nymph “Doris” in Greek mythology, and the French word “D’or” meaning gold or golden, signifying beauty. Gray means morally he is neither black nor white. As for his fiancée, Sybil Vane, who kills herself upon being rejected by Dorian, ”Sybils” were oracles in Classical Greece through whom the gods spoke. Vane reflects her life with Dorian which was in vain.

Wilde’s “Ballad of Reading Gaol” is a fascinating narration of prison experience. Structurally the poem comprises 109 stanzas, divided into six sections, maintaining the same rhythmic scheme, rendering it consistent and regular. His use of the literary devices included alliteration, enjambment and repetition. In this long and plodding iambic tetrameter, and use of repetitive parallelism , the reader is made to feel the grinding restlessness of prison life. The central theme of the poem was the execution of one Charles Woodridge for the murder of his wife. Around this core, whose genre was Gothic Realism, Wilde built a meditation on the paradoxes of morality. The ballad was also an indictment on the death penalty, and the harsh conditions of the Victorian prison-system.

While in prison, Wilde produced another deeply Gothic construct, “De Profundis”, Latin for “Out of the Depths”. In this, which refers to Psalm 130 (“From the depths I cry to thee, O Lord!”), Wilde’s spiritual awareness is manifested. It is a petulant, sad, and riveting memoir of his life, in the form of a letter to Lord Alfred Douglas, the focus of his largely unrequited affections. The letter also reflects his metaphysical side, for here he looks to find within himself and not outside, some form of self-realization. He was to say of his faith: “I believe that God made a separate world for each separate human being, and it is in that world within us that we should seek to live”. It was in such a world that he lived and died himself, both shocking and dazzling his fellow humans inhabiting their other worlds.

It has been aptly said that talking remained his vocation, writing his evocation. Writing was merely a vehicle propelling him towards his real goal which was the dramatization of Oscar Wilde. In his description of self, it was often difficult to make out whether he was speaking in self -deprecation or self-praise: As when he said “I am so clever that sometimes I don’t understand a single word that I am saying”; or , his simple statement to the American Customs official, upon arrival in New York, that : “I have nothing to declare but my genius”. The compilations of the sayings he left behind for posterity are often fondly called “Oscariana.”’

This coruscating kaleidoscope of colors that was the life of Oscar Wilde lasted only 46 years. Oscar was ahead of his time. His disdain for conventional morality and relentless pursuit of new and amoral experiences broke ground, to be later tilled by others. He was an apostle of the Aesthetic Movement- admiring art and beauty for their own sake which stemmed from Keats, Shelley, Whistler and Walter Pater.

Wilde was the advance herald of existentialism, and the intellectual godfather of the flower children of our younger days, in the 1960s. For all his love of Classical Greece, there was a striking simplicity in his spiritualism (he had converted to Catholicism), as when he proclaimed in his inspirational poem, Santa Decca, referring to the Greek god that “Great Pan is dead, and Mary’s Son is King”. His writings will endure in the great pantheon of English literature as the work of an incomparable language-wrangler.

Oscar Wilde, I believe, must have been convinced, that like Christ’s, his life would someday be resurrected, only metaphorically, of course. If he were to be aware of a Webinar on him a century and a quarter down the line by a Group of Bangladeshis, he would be amused, and pleased. But not, I believe, given his ego, surprised.

Dr Iftekhar Ahmed Chowdhury is the Honorary Fellow at the Institute of South Asia Studies, NUS. He is a former Foreign Advisor (Foreign Minister) of Bangladesh and President & Distinguished Fellow of Cosmos Foundation. The views addressed in the article are his own. He can be reached at: isasiac@nus.edu.sg