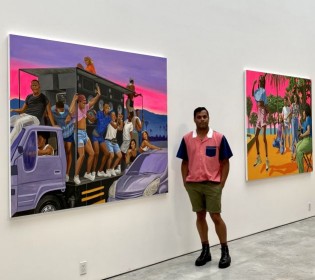 Sanctioning Tchaikovsky: Taking the War a Tad Too Far?

By Iftekhar Ahmed Chowdhury
One of my great joys, if present in America on Independence Day, has been being out at the fireworks on the Fourth of July with my daughter, son-in-law, and my two grandchildren. The glorious denouement of the event has often been a final spray of brightly lit colours against the azure sky, with delighted crowds cheering along with the resounding crescendo of the volley of cannon-fire, the flamboyant finale of Pyotr Tchaikovsky’s 1812 Overture! Can those happy moments of such experience be at the risk of being altered or even eliminated from our lifestyle?

By SWAN / A.D. McKenzie
The Rastafari movement, which began in Jamaica during the 1930s, has become internationally known for its contribution to culture and the arts, as well as for its focus on peace and “ital” living. Major icons include reggae musicians Bob Marley, Peter Tosh, Bunny Wailer and Burning Spear, with the movement overall projecting a very male image.

By A. D. McKenzie
The film Haingosoa had barely made it onto screens in France when the government ordered a lockdown because of the Covid-19 pandemic. Theatres, cinemas, museums and other cultural institutions had to shutter their doors, leaving the arts world scrambling to salvage numerous projects.
Next Page »
ADVERTISEMENT ADVERTISEMENT