UNITED NATIONS, Oct 22 2021 (IPS) - The British novelist George Orwell’s “1984” characterized a dystopian society where people were restricted from independent thought and were victims of constant surveillance.

Published in 1949, it was a prophecy of the future with the underlying theme: “Big Brother is Watching You”

We are back in “1984” where all our movements are monitored—this time by surveillance cameras planted in New York city streets, expressways, public parks, subways, shopping malls, and parking lots– in violation of personal privacy and civil rights.

According to an article in the New York Times last month, the New York Police Department (NYPD) has continued its mass surveillance– which began following the terrorist attacks on 11 September 2001 (9/11) on the World Trade Centre in New York city– uninterruptedly.

“Surveillance drones hover above mass demonstrations and protesters say they have been questioned by antiterrorism officers after marches”.

But the United States is not alone. 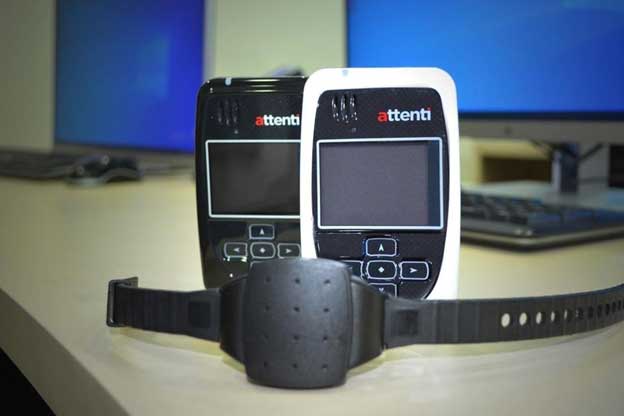 According to a new study by the African Digital Rights Network, released October 21, mass surveillance is being carried out by governments in six countries in Africa– Egypt, Kenya, Nigeria, Senegal, South Africa and Sudan– with existing laws failing to protect the legal rights of citizens.

The study, described as the first systematic comparison of surveillance laws in Africa, comes at a time of rising concerns of digital “surveillance creep” as technologies become more sophisticated and more intrusive in our day-to-day lives.

“Many governments have expanded their powers for surveillance and access to personal data during Covid-19,” the study notes.

The African Digital Rights Network is a network of 30 activists, analysts and academics from 12 African countries who are focused on the study of digital citizenship, surveillance and disinformation. It is convened by the Institute of Development Studies (IDS), a global leading research and policy think tank.

Dr Tony Roberts, Research Fellow at the UK-based IDS, and co-author of the report, says “States do need surveillance powers, to prevent terrorist atrocities, but to be consistent with human rights such powers must only be narrowly-targeted on the most serious crime, used when strictly necessary, and proportionate to need”.

He points out that citizens need to be more aware of their privacy rights and of the surveillance activities undertaken by their governments. Legislation can usefully define checks and balances to protect citizens’ rights and provide transparency.

“But civil society needs the capacity to monitor surveillance practice and hold government accountable to the law,” he noted.

He pointed out that digital technologies have made it much easier and cheaper for states to surveil citizens. It used to take a whole team of people to stake out a target, tap physical phone lines, record, transcribe and analyze the data for a single target.

He said the Cambridge Analytics scandal showed how social media surveillance is used by political parties in the UK and US.

“The Snowden revelations showed how governments in western Europe and the US systematically conduct mass surveillance on citizens. The Pegasus spyware case showed how states are using malware to spy on the French President, opposition leaders, judges, and journalists,” he added.

According to the Times, the Police Department has poured resources into expanding its surveillance capabilities. The department’s budget for intelligence and counterterrorism has more than quadrupled, spending more than $3 billion since 2006, and more through funding streams that are difficult to quantify, including federal grants and the secretive Police Foundation, a nonprofit that funnels money and equipment to the department from benefactors and donors.

Current and former police officials say the tools have been effective in thwarting dozens of would-be attacks. And the department has an obligation, they say, to repurpose its counterterrorism tools for everyday crime fighting, the Times said.

Donna Lieberman, the executive director of the New York Civil Liberties Union, was quoted as saying her organization was already concerned with creepinpolice surveillance in the 1990s; not long before the attacks, the group had mapped out every camera it could find in the
city. In hindsight, she said, the exercise would prove naïve.

“We made a map, and we had dots — we had pins at that time — where there were cameras. And when we did that, there were a couple of thousands,” Lieberman said. “We repeated the survey at some point after 9/11, and there were too many cameras to count.”

Meanwhile, the new report also identifies Egypt and Sudan as countries where citizens’ rights to privacy were least protected. This is due to a combination of weak legal protections, weak civil society to hold the state to account and increased state or government investment in surveillance technologies.

In contrast, despite the government in South Africa also violating privacy law, the country’s strong civil society, independent court and media successfully force the government to improve its surveillance law and practices.

Overall, the research identified six factors that mean existing surveillance law is failing to protect the privacy rights of citizens in each of the six countries:

“I used to live in London when it had the highest CCTV density in the world. Now Seoul, Paris and Boston hold that dubious record. And New York is catching up fast”

He said evidence suggests that Black neighbourhoods are more heavily surveilled than White neighbourhoods. The problem becomes worse when facial recognition technology is combined with the CCTV camera and linked to identity databases to conduct pervasive invasive surveillance.

“Privacy is a fundamental right guaranteed in law. All surveillance is a violation of those civil rights.”

“We give police the legal ability to conduct narrow and limited surveillance of the most serious criminals. However, any other form of non-consensual (prior consent) surveillance violates fundamental rights and mass surveillance of citizens not accused of any crime is never justified in domestic law or in international human rights law.

Nor is it inevitable. In Los Angeles the prevalence of CCTV cameras is relatively low and facial recognition technology is banned, said Dr Roberts.

After 9/11, the Police in New York city also spied on Muslims, including social and religious gatherings and mosques.

Just after the 9/11 attacks in the US on 11 September 2001, two agents of the Federal Bureau of Investigation (FBI) visited my neighbors to check my “credentials” — possibly to find out whether, as a journalist, I was a “good Muslim or a bad Muslim” by American standards.

I was both a Muslim and a journalist – a double jeopardy.

At the John F. Kennedy airport after the 9/11 attacks, and at a time of widespread racial profiling, one of the security officers confiscated my razor, probably assuming it could be used as a dangerous weapon, which was in my hand-carrying luggage when I embarked on a flight to Europe.

I looked at him and said with a mischievous smile: “You take my razor away from me. And if I grow a beard, you call me an Islamic fundamentalist. Either way, I lose.”