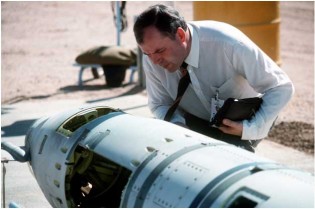 By Andrew Lichterman and John Burroughs
A hard-earned lesson of the Cold War is that arms control reduces the risk of nuclear war by limiting dangerous deployments and, even more important, by creating channels of communication and understanding. But President Donald Trump and his National Security Advisor John Bolton appear to have forgotten, or never learned, that lesson.