Stories written by Humberto Márquez
Humberto, who joined IPS in 1999, has been a journalist for more than 25 years, specialising in international news. He worked for 15 years with Agence France-Presse (AFP), 10 as assignment editor in Caracas, covering Venezuela, the Caribbean and the Guyanas. He also worked for more than five years in the international section of the Caracas newspaper El Nacional. Márquez has covered various international conferences, regional summits, electoral processes in the Americas and Europe, conflicts and peace negotiations, tours by the Pope, the petroleum business, sports events and the state of prison systems. 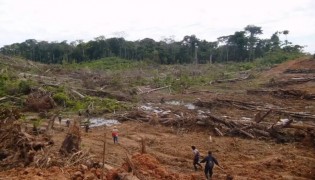 By Humberto Márquez
The protests in Venezuela demanding an end to the presidency of Nicolás Maduro in the last 10 days of January, whose soundtrack was the sound of banging on pots and pans in working-class neighbourhoods, had a high human cost: more than 40 deaths, dozens wounded and about a thousand detainees, including 100 women and 90 children under 18.
Next Page »
ADVERTISEMENT ADVERTISEMENT