Stories written by Mario Osava
Mario Osava has been an IPS correspondent since 1978, first from Portugal, then from Brazil starting in 1980. He has covered events and processes all throughout Brazil and has recently been engaged in covering major infrastructural projects that reflect opportunities for development and South American integration. | Twitter | 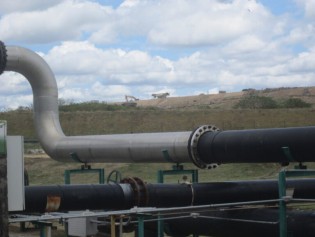 By Mario Osava
Nothing is wasted from sugarcane, one can conclude from the biomethane production process at the Cocal plant, a Brazilian company that produces sugar, ethanol, electricity and other by-products from sugarcane agro-industrial waste.

By Mario Osava
The Brazilian megalopolis of São Paulo recorded 932 flooded premises on Feb. 10, 2020. The Mexican city of Tula de Allende was under water for 48 hours in September 2021. In Lima it almost never rains, but the rivers in the Peruvian capital overflowed in 2017 and left several outlying municipalities covered with mud.
Next Page »
ADVERTISEMENT ADVERTISEMENT