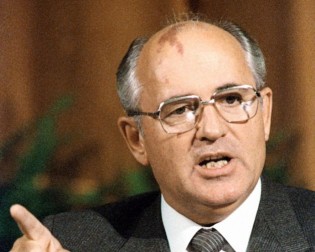 By Roberto Savio
The recent meeting of the G20 – scheduled to take place in Riyadh but held virtually due to the Coronavirus pandemic – has been an eloquent example of how the world is drifting, in a crisis of leadership.

Trump Is Gone, But Trumpism Remains

By Roberto Savio
Now it is clear that Joe Biden is the new president of the United States. It is unlikely that Donald Trump’s legal manoeuvring will change the election results, as when a conservative Supreme Court in 2000 decided in favour of George Bush over Al Gore, who lost by 535 votes.

By Roberto Savio
After the fall of the Ottoman Empire at the end of WWI, The League of Nations mandated that Britain administer Palestine. The London administration was quite ineffective, in part, due to the contradictory promises which were made to the Arabs, to the Zionists and to France, the other colonial power which divided the territory with Britain.

Reflections for a New Year

By Roberto Savio
In a world shaken by so many problems, it is difficult to look at 2020 and not make some kind of holistic analysis. While enormous progress has been made on many fronts, it is clear that the tide has turned, and we are now entering – or have already entered – a new low point in the history of humankind..

Dangers and Questions of the Zuckerberg Era

By Roberto Savio
This year the Worldwide Web is thirty years old. For the first time since 1435, a citizen from Brazil could exchange their views and information with another in Finland.

By Roberto Savio
It is very likely that the idea of impeaching Donald Trump will be a boomerang. Trump fans are listening to a furious campaign which smacks of coup d’etat and call his accusers traitors who deserve to go to jail.

The Precipitous Barbarisation of Our Times

From Tony Blair to Mette Frederiksen

By Roberto Savio
Social Democrats, who had been steadily disappearing following the crisis of 2008, have been making a small comeback in the last year. Now they are in power in Spain, Portugal, Sweden, Finland and, most recently, in Denmark.

The World Has Lost Its Compass

By Roberto Savio
The terrible feeling I had on waking up and seeing the Italian voting results at the recent European elections was that my country was suddenly full of strangers. How could the majority of Italians reconfirm a government which has been the most inefficient in history, quarrelling on everything every single day and looking with total indifference to the looming problem of how to establish the next budget without clashing with the European Union or squeezing Italian citizens? Its irresponsible debate on the Italian finances has now led to a spread (difference of value) of 290 points with the Germans.

By Roberto Savio
Since the powerful march of hundreds of thousands of students in 1,000 towns against climate change, an unexpected campaign of delegitimation, ”demystification” and demonisation has started against Greta Thunberg, the Swedish teenager who started the movement. After searching the media, social media and websites, this campaign can be divided into four different groups.

The System, Youth and Democracy

By Roberto Savio
If we ever needed proof of how the political system has become self-referential and unable to update itself, the latest student march in more than 1,000 towns is a very good example.

By Ambassador Idriss Jazairy and Roberto Savio
For over 70 years, the UN system has been perceived as the guardian of peace and development in the world. However, multilateralism today is undeniably under strain. The effectiveness of global institutions and of global policymaking is questioned, and alliances are fraying.

By Roberto Savio
After Theresa May’s defeat in the British parliament it is clear that a new spectre is haunting Europe. It is no longer the spectre of communism, which opens Marx’s Manifesto of 1848; it is the spectre of the failure of neoliberal globalisation, which reigned uncontested following the fall of the Berlin Wall, until the financial crisis of 2009.

Time for a new Paradigm

By Roberto Savio
The person most qualified to write the foreword for the latest work by Riccardo Petrella, In the Name of Humanity, would actually be Pope Francis, who, using other words but speaking of values and making denouncements, has often argued what the reader will find in its pages.

Of Cockroaches and Humans

By Roberto Savio
Rita Levi-Montalcini, the Italian Nobel laureate honoured for her work in neurobiology, once gave a splendid conference with the title “The imperfect brain”. There she explained that man has a brain that is not used completely, while the reverse is true for the cockroach.

By Roberto Savio
This testimony to Kofi Annan, former UN Secretary-General, comes a month after his death. Much has already been written, and it is now superfluous to recall his efforts for peace and international cooperation. It is better to place his figure in a crucial context: how the great powers progressively reduced the figure of the UN Secretary-General and charged a high price from those who tried to keep the system’s independence.

By Roberto Savio
According to the latest statistics, the total flow of immigrants that reached Europe so far in 2018 is 50.000 people, compared with 186,768 last year, 1,259,955 in 2016 and 1,327,825 in 2015. The difference between reality and perceptions is so astonishing, we are clearly witnessing one of the most brilliant manipulations in history.
Next Page »
ADVERTISEMENT ADVERTISEMENT