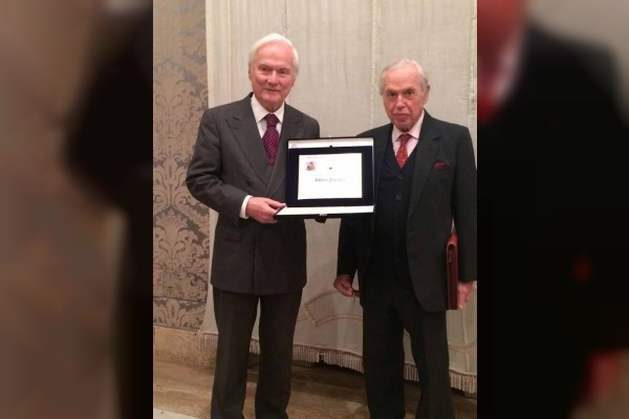 GENEVA and ROME, Mar 12 2019 (IPS) - For over 70 years, the UN system has been perceived as the guardian of peace and development in the world. However, multilateralism today is undeniably under strain. The effectiveness of global institutions and of global policymaking is questioned, and alliances are fraying.

Often, in times of transition, drawing lessons from the past is a good way to find solutions and inspiration for the way forward. In this regard, it is important to remember the inspired leaders of the UN system who have propelled forward the concept of multilateralism over the years. It is therefore important to evoke the legacy of Boutros Boutros-Ghali and Maurice Strong, but also of UNICEF’s Jim Grant, as they all represent visionary UN figures who contributed greatly to the evolution of multilateralism.

The UN started as an alliance of the victors of WWII. Alliances shift. This is a reminder that when war-like situations occur in the real world, power politics of those victors may take over. They may either draw multilateralism to their side as in the Korean War, or go to war without multilateral approval, as in the case of the invasion of Iraq.

In the 1960s, while keeping the structure of a victors’ club, the UN became, for 2 decades, a universal organization defending the goal of self-determination and of the removal of obstacles to development. A significant moment in this regard was the signing of the Principles governing international trade relations and trades policies, which ultimately led to the Final Act of UNCTAD I in 1964. There was a general feeling of « reshaping the international order » and writing history. Indeed Juan Somavia, later Director General of the International labour Organization participated, with one of the co-signatories of this editorial, under the editorship of Nobel Prize winner Jan Tinbergen, in writing an eponymous book for The Club of Rome.

In December 1977, the General Assembly decided to create a Committee of the Whole (COW), to bring back to the fold of the UN the North-South dialogue which had been uneventfully shunted to the CIEC in Paris. Ambassador Idriss Jazairy led the work of the COW as its first chairman COW throughout 1978, with the goal of negotiating on substantial issues and producing action-oriented conclusions on North-South relations. Thorvald Stoltenberg, the Norwegian Minister who passed away recently, succeeded him in this position, and, with his generosity and open-mindedness, successfully pursued the endeavours of the COW towards increased North-South dialogue.

Thus the multilateral climate in the ‘70ies was cooperative. Negotiations were about adjustments to external and international policies. But the situation changed thereafter. Even our solace of a peace dividend after the end of the Cold War as confirmed by the General Assembly Declaration on the Right to Development of 1986, became a chimera.

The UN focus changed later on to respond to the strategic priority of the WWII victors by proclaiming in 1995 an indefinite extension of the Treaty on the Non-Proliferation of Nuclear Weapons (NPT), without any counterpart from the nuclear States. The 2005 UN Summit also endorsed the « responsibility to protect » (R2P) leading inter alia to the Security Council Resolution 1973 imposing a no-fly zone on Libya in 2011. States volunteering to implement this resolution exceeded their mandate however, and brought about regime change. Resort to force under Chapter VII, requires henceforth smarter mandates and greater accountability for implementation. Likewise R2P should not be abused, as in Libya, or ignored as in Gaza. Weaponisation of humanitarianism is another wanton outgrowth of R2P.

Both the Millennium and the 2005 Summits concentrated efforts thereafter on domestic reforms of governance including in the field of human rights. Created by the United Nations General Assembly in 2006 by resolution 60/251, the UN Human Rights Council intended to be a more cooperative body than its predecessor, the « naming and shaming »-oriented United Nations Commission on Human Rights.

Giving the UN a handle on domestic policies is however a fraught issue. The implementation of reforms domestically, in order to be legitimate, must be a people-driven process. As multilateralism includes domestic policy evaluation in its purview, it must also become increasingly people-driven. In fact, the current outburst of populism springs from the feeling that ordinary people are kept out of the search for solutions that concern them to problems « without passports » as Kofi Annan used to call pandemics, environmental degradation, non-proliferation, immigration etc.

So whither the democratisation of multilateralism? Firstly, through breaking the logjam on Security Council reform. Secondly, through the empowerment of citizens worldwide, in compliance with « We, the people… » of the UN Charter. This peoples’ representation will continue to suffer from legitimacy impairment so long as their entities remain predominantly headquartered in advanced countries. Democracy requires the involvement of a much larger number of credible international NGOs actors headquartered in the South as well.

Multilateralism is, in fact, a vision of international relations, based not of force, but on international law; not on short-sighted economic interests, but on a long-term strategy of international cooperation. It is the quite obvious policy: if we reduce conflict and competition, we reduce tensions, and we push for a civilized world. Competition and force have been the fuel for the last two world conflicts. But as the famous etiologist Konrad Lorenz has observed, man is the only element of the Kingdom of animals who never learns from his mistakes. Nowadays, we do not only have the multilateral system in disarray. We do not have an international system, but we have countries that do not recognize their allies, and are ignoring existential threats, like climate change (“a Chinese hoax”), or nuclear resurgence.

But new waves are appearing, and they are not a repetition of the past. Never had we such formidable women mobilization before. Students are following the example of a young Swedish girl who is scolding the elites in Davos and the chairmanship of the European Union, with regard to climate change, to remind them that they are mortgaging her future. All these new actors in international relations, believe deeply in Peace and Cooperation. A new multilateralism is coming, made by citizens and not by governments. In history, humankind has always been looking for a better world. Maybe we headed towards a new salutary turn, which will save us from tensions and wars.

In short, to paraphrase Churchill on democracy, multilateralism may be the worst form of interaction between nations, except for all the others. The UN has got the principles right as now with the 2030 Agenda. But leadership is crucial to achieve success. Those we commemorate today as great leaders, such as Dag Hammarskjold, stood on the outside frontiers of universalism, erring more, as it were, on the side of General than on that of Secretary, in marshalling innovation towards more human justice and wellbeing. One lost his life for it, another, his second term. They were true leaders.