Never before has humankind faced as many tough challenges as it does now. Issues like climate change, violence, human rights abuses, the refugee crisis, human trafficking and modern-day slavery continue to grow. In order to end such unprecedented human suffering, the international community has adopted 17 key objectives to be achieved by 2030, known as the Sustainable Development Goals (SDGs).

IPS was invited by the UN Foundation to conduct a series of capacity building and awareness raising training workshops in both developed and developing countries, aimed at decoding the Sustainable Development Goals. To date, over 75 journalists have participated in these workshops in Sweden, Germany and Ecuador. A fourth workshop is scheduled to be held in Bangladesh on 18-19 December 2016. Key speakers at the Dhaka workshop include among others, Abul Maal A Muhith, the Finance Minister of Bangladesh, Dr. Qazi Kholiquzzaman Ahmad,Chairman, Palli Karma-Sahayak Foundation (PKSF) and Robert D. Watkins, UN Resident Coordinator and UNDP Resident Representative in Bangladesh.

IPS trains journalists and workers in media, civil society, development organizations and political and governmental institutions on all continents, for UN agencies, donor countries and other key players in the field of international cooperation.

Most IPS training takes place in the South, managed by local professionals from IPS Africa, IPS Asia-Pacific, IPS Latin America and from the Middle East. Where local facilities allow, IPS extends the audience for events through live-streamed, interactive sessions with regional and global online participation, and using social media has become an integral part of the training experience.

South-South exchange is embedded in the IPS mission and approach. Trainings are planned to take advantage of experience exchange between participants and trainers from different countries, regions and continents. In addition, IPS has a deep understanding of how international relations are changing, and the opportunity and responsibility of communication to accompany the new geography of power which is ever more evident in South-South economic, trade and diplomatic relations.

IPS training experiences are intended to hone the professional skills of participants, deepen their knowledge and networks and to contribute to transformational change by providing new frames of reference. Training is seen not just as an event but as a process, so IPS trainings encompass customized preparation by the trainers, the physical event and follow-up.

As part of many of its larger training programs IPS prepares and distributes training manual, tools and guidelines on important development issues for journalists, media houses and experts. IPS is keen to move from static online training resources to a more interactive offering.

IPS training capacity is situated alongside the work of the IPS daily news agency, ensuring that the training is grounded and immediately relevant to or connected with working journalists. On occasion the trainees have the opportunity to pitch to editors in the news agency during and after their training experience.

Learning how to report on SDGs has become increasingly important as they have become a top-priority for the international community. Not surprisingly, the theme of the annual two week long high level debate of world leaders at the UN last month was “The SDGs: a universal push to transform our world.”

UN Secretary-General Ban Ki–moon said he plans to leave behind “the boldest development plan in our history.” The Paris Agreement on climate change is similarly ambitious – a potential peace pact with a planet threatened by global warming, droughts, sea-level rise, melting ice caps and desertification.

But some of the lingering questions remain: Can we hope to build a world free of poverty, hunger, illiteracy, diseases, pollution, economic inequalities and gender discrimination? Can we keep our planet healthy and create a future where no one is left behind?

The IPS training workshops are open to UN officials, journalists, academics and representatives of civil society and humanitarian organizations – all of whom can make a significant difference to a debate that will continue through 2030 and beyond. 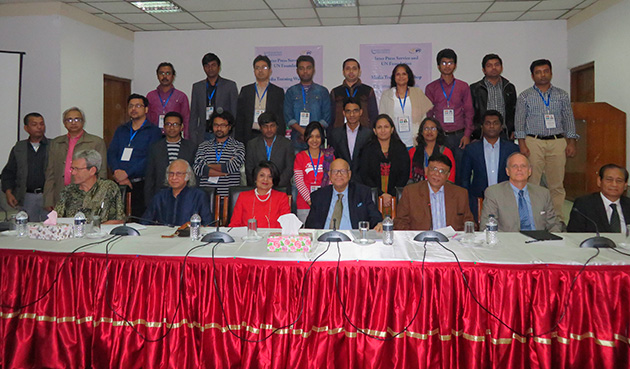 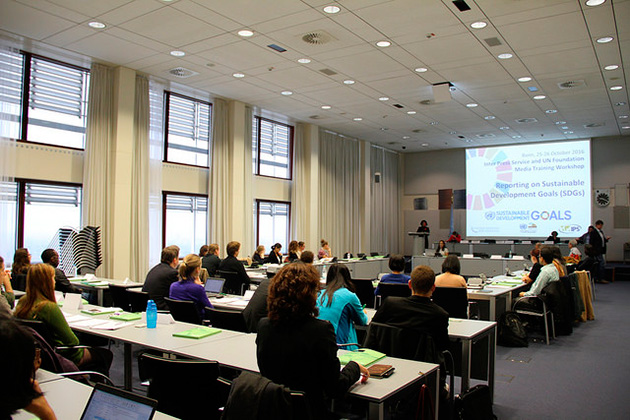 Journalism and the Sustainable Development Goals (SDG): Working Together - Workshop in Bonn: October 25-26 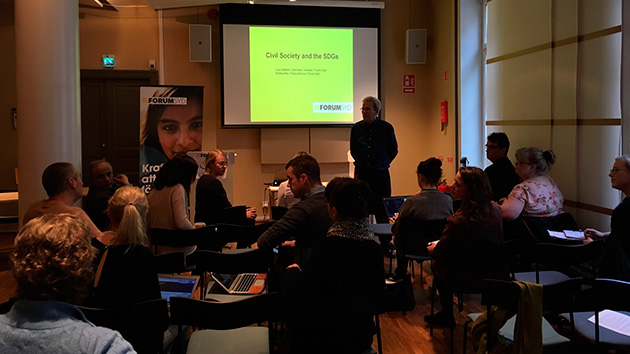 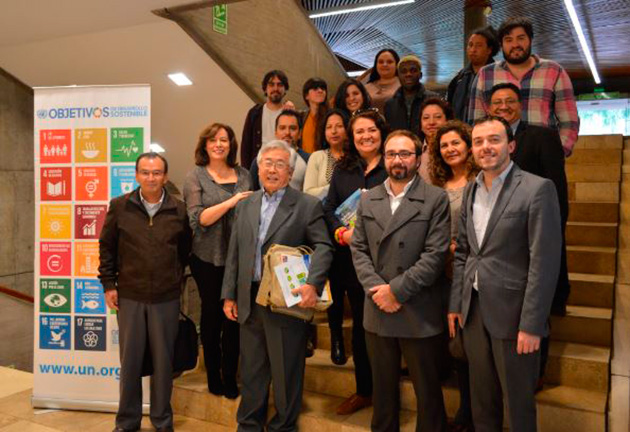