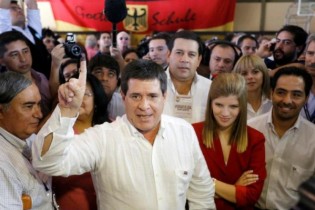 By Jorge Zárate
Paraguay’s right-wing Colorado Party, which ruled the country for 60 years until 2008, will return to power under President-elect Horacio Cartes, who won Sunday’s presidential elections by a wide margin.