BERLIN, Sep 29 2009 (IPS) - A world free of nuclear weapons is no longer utopia – it is a concrete possibility, says Daisaku Ikeda, president of the Buddhist association Soka Gokkai International (SGI). 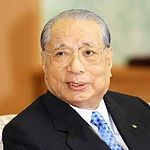 "In recent years, we have seen important, groundbreaking examples of humanitarian ideals surmounting military logic and narrowly defined national interests to bring new disarmament accords into existence," says Ikeda. "Rather than asking ourselves whether nuclear abolition is possible, we need to ask ourselves what we can do to make this a reality in our time."

"Through my proposal, I want to encourage the leaders not only of the nuclear-weapon states but also of those countries that rely on the nuclear weapons of others for their security to consider the present and future danger presented by nuclear weapons," the SGI president says in a joint interview with IPS and IDN-InDepthNews.

Following are excerpts from the interview conducted by email after the UN Security Council session on nuclear abolition Sep. 24 chaired by U.S. President Barack Obama.

IPS: President Obama spelt out his vision of a world free of nuclear weapons last April in Prague. However, the U.S. President expressed doubts in his speech in Prague that a nuke-free world would be ushered in in "our lifetime". Would you share that view? In your proposal you ask "the world's people to clearly manifest their will for the outlawing of nuclear weapons and to establish, by the year 2015, the international norm that will serve as the foundation for a Nuclear Weapons Convention (NWC)." DAISAKU IKEDA: We stand today at a critical juncture, one that will determine whether or not humankind can make genuine progress towards a world free of nuclear weapons. Rather than asking ourselves whether nuclear abolition is possible, we need to ask ourselves what we can do to make this a reality in our time.

Through my proposal, I want to encourage the leaders not only of the nuclear-weapon states but also those countries that rely on the nuclear weapons of others for their security to consider the present and future danger presented by nuclear weapons. At the same time, I urge that we all understand that the real "enemy" is not nuclear weapons, nor the states that possess or would develop them.

The real enemy is the way of thinking that justifies nuclear weapons. It is our readiness to see others eliminated when they stand in the way of the fulfilment of our desires and ambitions. This was the underlying message of the declaration, issued some 52 years ago by my predecessor and mentor, second Soka Gakkai president Josei Toda, calling for the abolition of nuclear weapons.

As you note, President Obama has expressed his determination to work for a world without nuclear weapons. At the same time, he has questioned whether this goal will be realised in our lifetime. If the leaders of the nuclear-weapon states and of all countries take concrete action on the basis of a shared sense of responsibility and – most importantly – if there is consistent pressure from the world's people acting in solidarity, what might seem impossible now can certainly be made possible.

The five-year period to 2015, and in particular the eight-month period to next year's NPT (non-proliferation treaty) review conference, will be decisive. To establish a solid beachhead for a world without nuclear weapons, we need to expand global popular commitment towards this goal.

IPS: The document released Sep. 8 – 'Building Global Solidarity Toward Nuclear Abolition' – points out that the path to the adoption of an NWC is likely to be a difficult one, not least because the entrenched perceptions of military security stand in the way. Do you see any realistic possibility of "humanitarian" ideals taking an upper hand over military and money-making ideologies? DI: In recent years, we have seen important, groundbreaking examples of humanitarian ideals surmounting military logic and narrowly defined national interests to bring new disarmament accords into existence. I am referring of course to the treaties banning landmines and cluster weapons. Both were realised through international campaigns based on the collaborative efforts of NGOs working together with governments seriously committed to disarmament.

I am calling for the establishment of a clear international norm condemning nuclear weapons. This will provide the basis for a Nuclear Weapons Convention prohibiting these most inhumane of all weapons. It is clear that the way forward to an NWC will not be easy. But there are signs of new awareness among the world's political leaders that are cause for hope.

The first is that we now hear more voices calling for nuclear abolition from a realistic assessment of the dangers they pose. These include former high- level officials of the nuclear-weapon states. I think the confluence of this "realist" approach with more traditional peace and humanitarian antinuclear perspectives presents an important opportunity to make progress towards a world free of nuclear weapons.

The second is the fact that, in the 64 years since the bombings of Hiroshima and Nagasaki, nuclear weapons have never been used. This points to the steadily solidifying awareness that nuclear weapons are essentially unusable for military purposes, even if we include the implicit threat underlying deterrence as a form of "use".

I think this understanding is shared to a greater or lesser degree by the political leaders of the nuclear-weapon states. In order to outlaw nuclear weapons, we will need to raise the visibility of the issue internationally to a far higher degree than was the case even for the movements to ban landmines and cluster weapons. Civil society needs to come together to create a popular groundswell for nuclear abolition.

IPS: The document calls upon the five declared nuclear-weapon states to announce their commitment to "a shared vision of a world without nuclear weapons." What would you expect such a shared vision to look like? And what distinct outcome would you expect from the NPT review conference next May? DI: Vision gives birth to action. This is why it is epoch-making that the United States has offered a vision of nuclear abolition. What is important now is for all the nuclear-weapon states to earnestly debate the significance of this vision and to find ways of sharing it. A shared vision provides the common foundation for taking the next concrete steps forward.

In this regard, there are signs of progress. A few days ago, on Sep.24, the UN Security Council meeting on non-proliferation and disarmament adopted a resolution expressing the resolve to realise a world without nuclear weapons. In light of the fact that all five of the nuclear-weapon states participated as permanent members of the Security Council and that Security Council resolutions are legally binding, this is extremely important.

If this resolution can serve as an impetus to the nuclear-weapon states to start taking concrete and concerted action, they will be taking the lead towards the goal of a world without nuclear weapons. Exercising this kind of leadership is their solemn obligation under the NPT. At the same time, it is clearly the only way to encourage the countries presently outside the NPT regime to move towards nuclear arms reduction and elimination. The solidarity that arises from this kind of responsible action will also accelerate efforts to respond to such global challenges as poverty and climate change.

Perhaps the greatest single reason to expect the nuclear-weapon states to play this kind of role is the emergence in recent years of the realistic possibility of terrorism using nuclear weapons. Needless to say, deterrence is not possible – meaningless in fact – against this type of threat. The greatest and indeed only defence against the threat of nuclear terror is the strictly verified abolition of nuclear weapons. Only this will obviate the danger that nuclear weapons will be stolen or nuclear weapons technologies leaked.

In my proposal, I urge the five nuclear-weapon states to undertake the following three commitments at next year's NPT review conference: 1) a nuclear weapons moratorium; 2) substantively enhanced transparency regarding their nuclear capabilities; and 3) deliberations on the absolute minimum number of nuclear weapons on the path to abolition. Of course, there is no need to wait until next year to commit to this path.

A moratorium on further development or modernisation of their nuclear arsenals in particular would be a critical step towards nuclear abolition. From the perspective of the world's citizens, there is no possible justification for maintaining the capacity to destroy the world dozens of times over, much less for further refining of this capability through technological development. Agreement to this would certainly have an important positive impact on the discourse surrounding the Comprehensive Test Ban Treaty (CTBT) and a Fissile Material Cut-Off Treaty (FMCT).

IPS: The document also calls upon the UN to establish a panel of experts on nuclear abolition, strengthening collaborative relations with civil society in the disarmament process. How would you evaluate UN's present relations with the civil society in the field of nuclear disarmament? What role do you envisage for SGI in particular and the civil society in general in achieving a world free of nuclear weapons? DI: The world has changed greatly since the United Nations was established in 1945. In recent years, there has been an increased appreciation of the need to heed the voices of the world's citizens. Disarmament involves issues that are of central concern to states. If the specialised knowledge and communicative capacities of civil society can be fully utilised in this field, it would greatly advance the cause of disarmament. I think the fact that the annual conference of NGOs affiliated with the UN's Department of Public Information, convened earlier this month in Mexico City, for the first time ever took up disarmament as its theme symbolises this trend.

Nor can we overlook the increasing importance that has been accorded to the concept of "human security" in recent years. As civil society has been clearly pointing out, there are critical gaps in traditional conceptualisations of national security – namely, adequate consideration of the impact of political decisions in the lives of people. There are signs that governments are starting to look to civil society as partners in developing and implementing new modalities of security. The same can be said for the United Nations.

In my proposal, I stressed the importance of establishing a clear international norm for nuclear abolition, and bringing together the power of ordinary citizens to this end. I think civil society has a special role to play in resolving issues that involve the complex interplay of national interests and are therefore not amenable to solution solely through state or government initiatives. It is crucial that civil society provide opportunities for people to become more aware and awakened to their capacity to be agents of change. People who share the common aspiration for a world free of nuclear weapons need to come together and coordinate their efforts based on a deepened sense of solidarity.

Drawing from a tradition of antinuclear activism reaching back more than five decades, the SGI will continue to work to promote this kind of empowerment within and through civil society. We will collaborate with other NGOs to facilitate the development of a broad-based network for nuclear abolition.

(*This interview jointly with IDN-InDepthNews is part of an IPS-Soka Gakkai International (SGI) project on nuclear abolition.)