Q&A: “It’s a Complete Reboot of How We See Things”

UNITED NATIONS, Apr 27 2010 (IPS) - The blockbuster, critically acclaimed film ‘Avatar’ portrays the ruthless plundering of a pristine ecosystem on a distant planet by greedy corporate interests – a scenario that is all too familiar to many indigenous communities here on Earth. 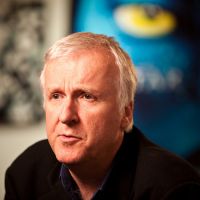 IPS correspondent Marguerite A. Suozzi spoke to director James Cameron at a screening of the film during the ongoing ninth session of the U.N. Permanent Forum on Indigenous Issues. Excerpts from the interview follow.

Q: Do you think observing nature changing over time impacted the creation of ‘Avatar’? A: I think when you have a sense of a connection to nature, and see what we are doing as a society…you feel a sense of obligation, maybe, and for me it’s a sense of obligation as an artist to say something about it, and I work in commercial entertainment.

Commercial entertainment is normally not the platform that’s used for this type of communication. Normally, it would be documentary filmmaking, but the problem with documentary film is that they’re usually watched by people who already understand the problem, as opposed to a piece of global mass entertainment that will reach everybody. So the attempt with ‘Avatar’, without being preachy and within the context of a story of adventure and so on, was to deal with these themes and give people not just a kind of intellectual reaction, but a powerful, emotional, cathartic film.

Q: How can we reconcile a system that values science, development, progress and discovery, without encroaching upon the rights of indigenous peoples? A: It’s development that encroaches, it’s infrastructure projects like dams and highways and pipelines. It’s effluent, it’s pollution, it’s wastewater from oil processing facilities, and so on. It’s us as consumers and our consumer society which through market forces cause a continuous expansion of our industrial presence, our extraction industries and so on.

It’s not the scientists – the scientists, I think know, certainly, to go in and very, very quietly, and with minimal impact, study, and they learn about the biodiversity of the rainforest. Anthropologists learn about the cultures of indigenous people and so on, in a very non-intrusive way. Whereas extractive industries, major utilities, people like that, they don’t care. If they could do it without any conscience, I believe they would.

There are now some braketo s on that process through the indigenous rights that have been constitutionally established, that have been acknowledged in various declarations and so on, but for the most part, there aren’t teeth in it. There’s not a lot of enforcement and these people are forced to use their own money, and their own resources to fight these legal battles and to push back.

Q: What about using indigenous knowledge in thinking our way out of it? A: I think people tend to bog down on, well, there are certain indigenous shamanic practices that lead us to certain pharmaceutical compounds in the highly bio-diverse rainforest, and there is validity to that. There is specific indigenous knowledge that is almost in a sense intellectual property they should benefit from, that we can benefit from. In other words they should actually profit from the use of that knowledge, but I don’t think that’s the main point.

The main point is that there is a value-system that they naturally have that has allowed them to live in harmony with nature for a long time and those principles, that wisdom, that spiritual connection to the world, that sense of responsibility to each other, that’s the thing that we need to learn. It’s a complete reboot of how we see things. I’m not even sure we can do it, but if there is hope, it lies in our ability to have a sea change in our consciousness – to not take more than we give.

Q: Some have criticised the film for portraying a white male protagonist as the hero who saves the Na’vi. How do you respond to this “white messiah” backlash? A: I don’t buy that, and by the way I don’t think that any of these indigenous people that see their reality in the film felt that at all, or felt that that was an impediment to their enjoyment of the film.

Q: Have you had any reactions from the indigenous community? A: It’s been overwhelmingly positive, overwhelmingly. Maybe that’s pre-selected on the basis of the people that actually come up to me and talk to me, but I haven’t had anybody coming up to me, yelling at me about any kind of white messiah issues.

The thing is that I think people have to distinguish between African American issues in this country where it’s socioeconomic issues dealing with poverty and a voice in the political system, a place at the table – all of those things that have been historically part of that – versus actual survival when bulldozers are knocking down your forest and you have a highly mechanised, industrialised force that’s destroying your world.

When all you’ve got to fight back with is bows and arrows, there has to be intervention from the international community. So I don’t care what race the messiahs are, but we all have to be those messiahs, we have to help these people because you can’t stop a bulldozer with a bow and arrow.

Having said that, it’s absolutely critical that the indigenous leaders themselves have a voice, they are the ones who are brought into the political process, that’s fundamental to this. I don’t want to speak for them.

Q: The latest seems to be that the Belo Monte dam project, which you have been quite vocal against, is going forward. A: It’s hard to say, they haven’t built anything yet. There was a directive against and for that was overturned several times, and I think there was a third injunction against the auction, and it was overturned by the high court on the basis that there was no immediate direct threat to the indigenous because construction had not begun.

What I’m hearing in that is that they’re saying there are other steps to be discussed before the dam actually goes into construction. So as far as I can see, the battle is just getting warmed up. And in fact we didn’t really expect in this round to really prevail, we just expected to do what happened, which was to raise awareness both within Brazil and in the international community. It was on the front page of the New York Times, there is plenty of press on this now.