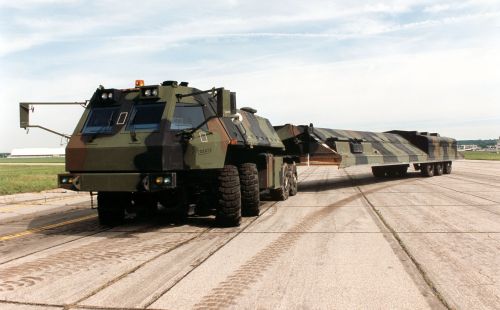 UNITED NATIONS, Mar 7 2012 (IPS) - The world’s nuclear weapons industry is being funded – and kept alive – by more than 300 banks, pension funds, insurance companies and asset managers in 30 countries, according to a new study.

And these institutions have substantial investments in nuclear arms producers.

Released by the International Campaign to Abolish Nuclear Weapons (ICAN), the 180-page study says that nuclear-armed nations spend over 100 billion dollars each year assembling new warheads, modernising old ones, and building ballistic missiles, bombers and submarines to launch them.

Much of this work, the report points out, is carried out by corporations such as BAE Systems and Babcock International in the UK, Lockheed Martin and Northrop Grumman in the United States, Thales and Safran in France, and Larsen & Toubro in India.

“Financial institutions invest in these companies by providing loans and purchasing shares and bonds,” says the report, described as the first of its kind.

Titled “Don’t Bank on the Bomb: The Global Financing of Nuclear Weapons Producers”, the study provides details of financial transactions with 20 companies heavily involved in the manufacture, maintenance and modernisation of U.S., British, French and Indian nuclear forces.

A coordinated global campaign for nuclear weapons divestment is urgently needed, it says.

Such a movement could help put a halt to modernisation programmes, strengthen the international norm against nuclear weapons, and build momentum towards negotiations on a universal nuclear weapons ban, it adds.

“Divestment from nuclear weapons companies is an effective way for the corporate world to advance the goal of nuclear abolition.”

The study appeals to financial institutions to stop investing in the nuclear arms industry.

“Any use of nuclear weapons would violate international law and have catastrophic humanitarian consequences. By investing in nuclear weapons producers, financial institutions are in effect facilitating the build-up of nuclear forces,” it says.

In a foreword to the report, Nobel Peace Prize winner Desmond Tutu Writes, “No one should be profiting from this terrible industry of death, which threatens us all.”

The South African peace activist has urged financial institutions to do the right thing and assist, rather than impede, efforts to eliminate the threat of radioactive incineration, pointing out that divestment was a vital part of the successful campaign to end apartheid in South Africa.

The same tactic can – and must – be employed to challenge man’s most evil creation: the nuclear bomb, he added.

Tim Wright, ICAN campaign director and co-author of the report, told IPS some of the financial institutions identified in the study “have already indicated to us they intend to adopt policies proscribing investments in nuclear arms makers”.

Asked how confident he was of the success of the divestment campaign, Wright said, “Our divestment campaign will probably be most successful in places where opposition to nuclear weapons is strongest, for example, Japan and Scandinavia.”

He said more and more banks are coming to accept that some kind of ethical criteria should be applied to investment decisions, and manufacturing weapons capable of destroying entire cities in an instant is clearly unethical.

Of the 322 financial institutions identified in the report, about half are based in the United States and a third in Europe.

However, the institutions most heavily involved in financing nuclear arms makers include Bank of America, BlackRock and JP Morgan Chase in the United States; BNP Paribas in France; Allianz and Deutsche Bank in Germany; Mistubishi UJF Financial in Japan; BBVA and Banco Santander in Spain; Credit Suisse and UBS in Switzerland; and Barclays, HSBC, Lloyds and Royal Bank of Scotland in Britain.

The report emphasises the humanitarian, legal and environmental arguments for divestment, noting the unique destructive potential of nuclear weapons.

Asked if it would be feasible to launch a global campaign to boycott these financial institutions, Wright told IPS, “If banks refuse to divest, customers should seek ethical alternatives.”

There is no shortage of banks, particularly smaller banks, that refuse to have anything to do this this industry, he noted. “If people begin to leave en masse, this will send a powerful signal to the bank that its support for nuclear weapons companies is unacceptable.”

For multinational banks, he said, a coordinated boycott campaign in several countries could be effective.

The study also quotes Setsuko Thurlow, a survivor of the U.S. atomic bombing of Hiroshima in 1945, who points out that anyone with a bank account or pension fund has the power to choose to invest his or her money ethically in a way that does not contribute to this Earth- endangering enterprise.

In addition to stating the ethical case for divestment, the report also warns of the reputational risks associated with financing nuclear arms, and highlights the positive role that financial institutions could play in the quest for a world free from such weapons.