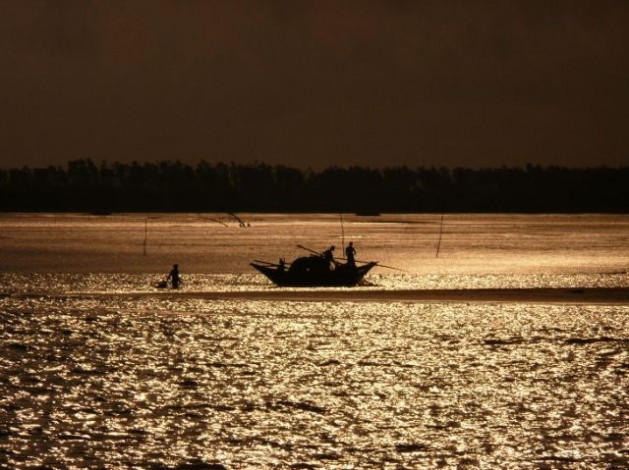 A fishing boat in the Bay of Bengal, the site of a maritime boundary dispute between Myanmar and Bangladesh. Credit: CC by 2.0

UNITED NATIONS, Jul 24 2012 (IPS) - As part of its overall theme to educate the public about the state of the world’s oceans, the international exhibition Expo 2012 will shift its focus next month to what has been described as “possibly the most significant legal instrument” of the 21st century: the U.N. Convention on the Law of the Sea (UNCLOS).

The United Nations, in conjunction with South Korea’s Ministry of Foreign Affairs and Trade and the Korean Maritime Institute, will host an international conference to discuss “Asian perspectives” of UNCLOS.

Coincidentally, the conference follows the first ever decision in a maritime boundary dispute, and an “unprecedented advisory opinion”, by the International Tribunal for the Law of the Sea (ITLOS) last March.

The dispute in the Bay of Bengal was between two Asian nations, Bangladesh and Myanmar (Burma), and the judgement has been described as “fair, equitable and balanced” by both parties.

The three-day conference is scheduled to take place Aug. 11-13 at the sprawling exhibition site in the Korean coastal town of Yeosu, in cooperation with the Organising Committee of Expo 2012.

Amina Mohamed, deputy executive director of the U.N. Environment Programme (UNEP) and co-commissioner-general of Expo, told IPS that from the U.N.’s perspective, the seas form part of what is referred to as the “global commons” and “as such any threat to this global resource ought to be addressed.”

She said visitors to the U.N. Pavilion in the Expo site will have the opportunity to learn all about UNCLOS.

The 30th anniversary of the landmark 1982 U.N. treaty will also be commemorated at a high-level meeting of world leaders at the General Assembly in December this year.

“It is a well-known fact that more than 70 percent of the earth’s surface is covered by water,” says Under-Secretary-General Patricia O’Brien, the U.N.’s Legal Counsel and head of the Department of Legal Affairs.

“I believe that we have all shared a sentiment of awe the day we contemplated, for the first time, a picture of the earth taken from space, and we came to the realisation that ours is a blue planet: a planet of oceans and seas.”

Running parallel to the Expo 2012 theme, the Law of the Sea has articulated a set of rules that covers essential aspects of human life: maritime trade and transportation; the preservation of the marine environment and biological diversity; fishing; and the exploitation of natural resources in the seabed.

At the same time, the law also stipulates rules that govern the placement of submarine cables, including those that allow broadband internet connections, and the safety of navigation and the fight against piracy.

With the United Nations as one of the key partners of Expo 2012, the focus on the Law of the Sea will provide a new political dimension to the exhibition which is due to conclude Aug. 12.

While 162 countries are state parties to the convention, there are still about 34 countries which have opted to remain outside the treaty – either not signing or ratifying it.

These include the United States, Israel, Iran, North Korea, Syria and Libya.

In March, Secretary-General Ban Ki-moon sent letters to all 34 member states urging them to join the treaty during its 30th anniversary this year.

During a visit to Yeosu last month, O’Brien said UNCLOS lays down a comprehensive regime of law and order in the world’s oceans and seas.

Comprising 320 articles and nine annexes, it governs all aspects of ocean space, such as delimitation, marine environment, marine scientific research, economic and commercial activities, transfer of technology and the settlement of disputes relating to ocean matters.

“A fundamental notion enshrined in the Convention is that all problems of ocean space are closely interrelated and need to be addressed as a whole,” she said.

O’Brien also pointed out that as far as territorial rights are concerned, coastal states may, under UNCLOS, establish the breadth of their territorial sea, up to a limit not exceeding 12 nautical miles.

She said each state exercises sovereignty over its territorial sea, while foreign vessels are allowed what is known as “innocent passage” through those waters.

“I believe it is quite fitting to mention that a 30th anniversary is traditionally called a ‘pearl anniversary’, an anniversary that is celebrated through a gift from the oceans, that has come to symbolise something unique, delicate and precious as our marine ecosystem,” she said.