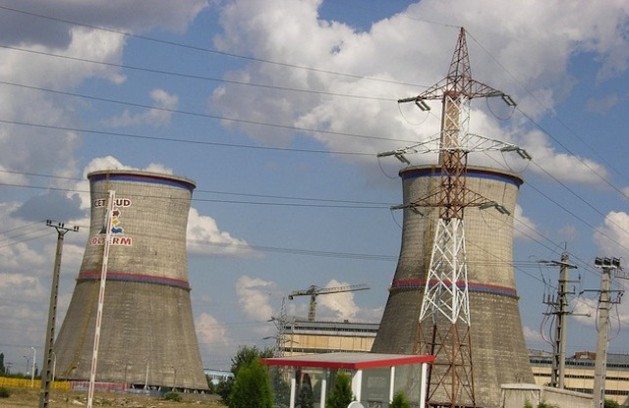 The tests on 134 nuclear reactors operating in 14 EU member states were carried out in response to widespread concern among the public that an accident similar to the catastrophic meltdown of Japan’s Fukushima Daiichi nuclear power reactor in March 2011 could occur in Europe. According to the report, “EU citizens must… be confident that Europe’s nuclear industry is safe.”

But the findings of the report, released in Brussels on Oct. 4, suggest that, contrary to feeling safe, EU citizens have good reason to be afraid.

The stress tests also found that in “four reactors (located in two different countries), there is less than one hour available to operators to restore the safety functions in case of loss of all electrical power and/or ultimate heat sink.” Additionally, “in ten reactors, on-site seismic instrumentation is not installed yet.”

Only seven countries are in possession of “mobile equipment, especially diesel generators needed in case of total loss of power, external events or severe accident situations.”

Activists have also lamented that the tests were almost entirely theoretical, whose findings and recommendations are not legally binding.

The report itself states, “Peer review teams mainly composed of experts from the Member States visited 24 sites out of the total of 68, taking into account the type of reactor as well as the geographical location. Team visits to selected sites in each country were organised in order to firm up the implementation of the stress tests, without encroaching on the responsibilities of national authorities in the area of nuclear safety inspections.”

The catastrophe of Fukushima, deemed the worst nuclear accident since the Chernobyl disaster of 1986, demonstrated that nuclear power plants must be protected even against accidents that have been deemed ‘highly improbable’.

The EU stress tests only confirmed what environmental groups and anti-nuclear power activists have feared for years. Now, these groups are using the results of the tests to call for a gradual phasing out of nuclear power across the continent.

Tobias Muenchmeyer, nuclear power expert for the German office of Greenpeace, told IPS, “The stress tests confirm that the warning systems are insufficient, and that the application of guidelines in cases of major accidents is also deficient. In such cases, nuclear power plants must be shut down.”

“The stress tests on nuclear power plants across Europe constitute a fire signal for a pan-European phasing out of nuclear power,” Muenchmeyer added.

At the very least, according to other activists and politicians, the results of the tests should lead to the immediate shutting down of all nuclear power plants situated in border regions, where nuclear accidents will not only impact the local environment and population but foreign regions and citizens as well.

Such measures would affect nuclear power plants in Belgium, Bulgaria, the Czech Republic, France, Hungary, the Netherlands, the Slovak Republic, and Romania.

Johannes Remmel, minister for the environment in the German federal state of North-Rhine-Westphalia, said in a press conference that all deficient nuclear power plants operating in border regions in Europe should be shut down, or, at least, not be allowed to function past their ‘operational life’.

“An accident with leakage of radioactivity would affect populations in several countries,“ Remmel said. He specifically referred to the Belgian nuclear power plants of Tihange and Doel, considered particularly fragile, which are situated between 60 and 120 kilometres away from German territory.

Similar calls were made in Austria referring to the nuclear power plants in the Czech Republic and Slovakia.

The stress tests also shed light on just how expensive nuclear power plants can be.

The EU assures that “All participating countries have begun to take operational steps to improve the safety of their plants”, adding that “the costs of additional safety improvements are estimated to be in the range of 30 million to 200 million (euros) per reactor unit. Thus, the total costs for the 132 reactors operating in the EU could be in the order of 10 (to) 25 billion (euros)…over the coming years.”

These figures are based on estimates published by the French nuclear safety authority, which covers more than one-third of the reactors in the EU, and are subject to confirmation in national actions plans.

Experts like Jo Leinen, former minister of the environment in the German federal state of Saarland, and present member of the European parliament, believe this money can be put to better use.

“Either the EU and its member states invest in upgrading the nuclear power plants to make them safer, or they shut them down,” he told IPS. “If the upgrading actually costs 25 billion (euros), such a sum (could) be better invested in renewable energy sources.”

The accident at Fukushima showed that nuclear power plants must be prepared to withstand even the most improbable accidents.

Fukushima also reinforced popular opposition to nuclear power around the world. Meanwhile, numerous nuclear power plants currently under construction, such as the Olkiluoto 3 in Finland and the Flamanville power plant in France, are incurring skyrocketing costs.

Now, the EU stress tests have added yet another nail in the coffin of nuclear power.