NEW YORK, Oct 11 2012 (IPS) - Donald P. Green is a U.S. professor of political science who turns theories about hate crime upside down with his research. 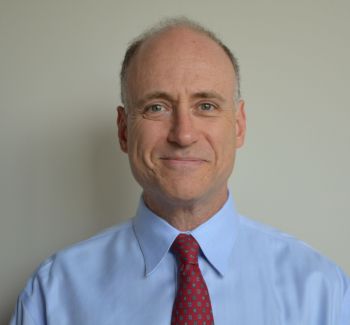 According to Green, hate crimes don’t stem from economic competition. Instead, they are rooted in a fear of the unknown – and from ideals of masculinity.

After 22 years teaching at Yale, he has been based at Columbia University in New York since 2011. IPS correspondent Becky Bergdahl sat down with Green at his office to talk about his work.

Q: Which groups are being targeted by extremists in the United States, and what sorts of hate crimes do they suffer?

A: Arabs and Muslims were being targeted in much greater numbers in the aftermath of 9/11 than before 9/11, but that has subsided. Some of the biggest groups being targeted today are gay men and lesbians, racial minorities, and then a broad array of different groups, including Jews and Muslims.

And people are often the subject of property attacks that are not necessarily associated with a physical confrontation. For example, swastikas painted on a Jewish cemetery, or Muslims having a stone thrown through the mosque window.

Q: Should hate crime laws be more uniform in the United States, to combat those acts of extremism?

A: Women and people with disabilities are only covered under hate crime statutes in some states. That is also true for gay men and lesbians. Some states have very broad statutes, whereas other states have what is known as “race, religion and ethnicity statutes”.

The problem that I see, especially in the case of gay men and lesbians, is that their probability of being protected is lowest where the risk of being attacked is probably the greatest. In that case, I think that having more uniformity would be useful. In the case of women, it is dicier. But the case could be made.

Q: Which are the sources of hate crimes?

A: There is going to be no single answer. My work tends to argue against those who believe that hate crime stems from economic competition. I do not find evidence that hate crimes surge in a period of economic downturn. Instead, I would argue that you get hate crimes when places, or ways of life, seem to be threatened by people perceived as outsiders.

For example, in the United States, when all-white neighbourhoods were first experiencing immigration in the 1970s and ’80s, you saw a massive surge of hate crime. Or in Germany after the unification, you saw a huge number of non-Germans come into Germany, especially into former East Germany, which had been quite homogenous. And then you saw a big surge of hate crime.

Q: I thought that living side by side would be a medicine against hatred – not the opposite.

A: In the long run it perhaps is. In the 70s and 80s, you saw this big surge of hate crime in the U.S., but as immigration became more common, those sorts of hate crimes subsided.

Q: Even if you have found no evidence for the theory that a financial crisis fuels hate crime, there is evidence that right-wing extremists are generally poorer and have lower education than the average. But the most striking statistic is that they are almost only men. There are of course also poor women with low education, but they do not tend to join extremist groups like men do. Why is it so?

A: I think that your point of gender differences helps to puncture the idea that there is pure economic motivation behind those crimes. It shows how important social reinforcement is. Men reward each other for their machismo or violence. They are more likely to engage in these kinds of behaviour, especially in small groups, whereas women are not.

And when people – well, men – are arrested for violent hate crimes, they are often surprised that they are being treated as criminals. They think of themselves as defenders of the culture.

Q: So how can we combat the growth of hate groups?

A: One thing that stands out is to clearly point out norms. Surprising to those of us who study hate crime is the infrequency of when publicly elected officials will say openly that this kind of behaviour runs counter to the laws of the United States. But I think more and more people understand that hate crime is subject to special penalties. Burning trash on someone’s lawn, that is arson. But if you are burning a cross on someone’s lawn, that is subject to stronger penalties.

In addition, the media has, through its portrayals of gay men and lesbians and interracial couples, changed the norms of what could be seen as ordinary behaviour.

Q: In Europe, many right-wing extremist groups used to be both racist and anti-gay. But all of a sudden, many of those groups now state that they respect gay rights – in contrast to Muslims. Are you familiar with this rhetoric?

A: It reminds me of how the United States during World War Two was in a tricky position vis-à-vis Nazi Germany. We were sending soldiers in segregated military units. The Germans surely noticed the irony of this, the hypocrisy of fighting Nazism with a racist set of institutions.

Q: Could an alliance against right-wing extremism, between Muslims and the gay rights movement, be possible?

A: That will obviously depend on what people who set the norms of Islam will say in the years to come. Their current norms are conservative. But I wonder whether in the future they will soften their line. It might seem inconceivable now, but my guess is that 50 years from now, we will gradually see it.