Opinion: India, Where Have All the Women Gone?

NEW DELHI, Sep 28 2015 (IPS) - Women account for less than half of India’s population but their participation in the workforce is way below that of men. They account for 27 per cent of the workforce. If – and it is a big if – their number were to increase to the same level as men in the workforce, the country’s output of good and services would expand by 27 per cent, argues Christine Lagarde, managing director of the Internatgional Monetary Fund. 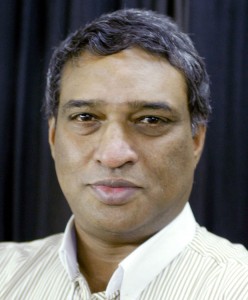 Empowering women certainly boosts economic growth.The sad reality, however, is that progress towards gender parity in the workforce has stalled, if it has not been thrown into reverse gear. Instead of steadily rising, the share of female workers in population is trending down.

The men-women gap in workforce participation rates widened to 32 percentage points in 2011-12 from 25 percentage points in 1977-78, according to the five-yearly surveys of the National Sample Survey Organisation. Gender parity entails 195 million more women joining the workforce and is indeed a daunting objective to secure a gross domestic product (GDP) GDP expansion of 27 per cent. Reducing the gap by 25 per cent by 2025 – a G-20 pledge – translates into 5 million more women joining the workforce every year for the next 10 years. However desirable that may seem, the reality is that only 2 million jobs are being generated annually in the Indian economy.

Women’s workforce participation that dropped to 21.9 percent in 2011-12 from 29.7 per cent in 1977-78 at the national level has an important bearing on the observed narrowing of male-female differentials in the rates of unemployment. The rates of unemployment for women typically are higher than for men. Their rate of unemployment registered a high of 3.2 per cent against 2.1 per cent among males in 1977-78, after which the differential vis-à-vis males narrowed down by 2011-12, according to the National Sample Survey Organisation (NSSO) measure of chronic unemployment. These narrower differentials are due to a decline in rates of joblessness among women as male rates are stable.

Changes in the nature of employment, especially in rural India, are the proximate factor responsible for the falling rates of female workforce participation. In terms of absolute numbers, female employment shrank by 2.7 million jobs in just two years from 2009-10 to 2011-12. Women are increasingly taking up short-term marginal work as work opportunities on the farms are shrinking. Roughly two-thirds of women workers were self-employed on family farms in 1972-73 and this has declined with sharp swings along the way to 59 per cent in 2011-12. Casual work opportunities have grown somewhat irregularly in relative importance over time.This is a reflection of the fact that women are no longer getting longer term and better paying jobs, and so are forced to take up short term transient work.

The picture is even more dismal in vanguard states of social and gender advancement, such as Kerala. As traditional agro-processing activities like the coir and cashew industries that employed women in large numbers have shrunk, female workforce participation has declined to even less than the national average. The battle for gender equality in the workplace in India will not go forward unless states like Kerala lead the charge. Grounds for hope, however, are that women are unionizing and pressing for bettering their working conditions according to the Indian Express. Thanks to low participation rates, there has been no boost to the state’s GDP.

This sharp drop in employment, especially in rural India, discourages women from looking for work, contributing to lower rates of unemployment. In other words, the declining rate of joblessness probably reflects the discouraged worker effects of a severe employment crunch for women workers. However, to substantiate this factor that pulls women out of the labour force is far from easy. The NSSO’s surveys include those who are neither working nor available for work as not being in the labour force. This includes those who attended educational institutions and those who performed domestic duties, among others. Doing domestic duties has become important since 2009-10.

Researchers have also suggested that, due to rising household incomes, women are withdrawing from the labour force to concentrate more on their studies. Supply-side changes in this regard are important. The recent decades have witnessed an increase in female enrolment in colleges and other institutions of higher education, and a noticeable reduction in disparity in access to education. This factor certainly impacts the participation of women in economic activity and the search for work. The declining female-male unemployment rate differentials thus also reflect income effects that have led to a steady fall in workforce participation of women.

India. Incomes have been rising in the towns and cities as well. Female enrolment in school and colleges, too, has been on an uptrend in recent decades. Even so, female worker-population ratios in urban areas have not followed the downtrend in rural India. Roughly, 14 to 15 per cent of women were working in urban areas in 1983 and this proportion broadly held in 2011-12.

In contrast to rural India, the urban story is different as more employment opportunities are being generated for women: around 4.5 million women found work between 2009-10 and 2010-11.

Clearly, the downtrend in women workforce participation reflects far-reaching changes taking place in the Indian economy, especially in rural India. The worst part is that all of this is happening despite GDP growth accelerating in recent years. This should temper expectations that reducing the differentials in male-female workforce participation by 25 per cent is feasible by 2025. However, none of this should deter policymakers from improving gender equity and improving wages and conditions of women’s employment, especially in the informal sector.
(End)