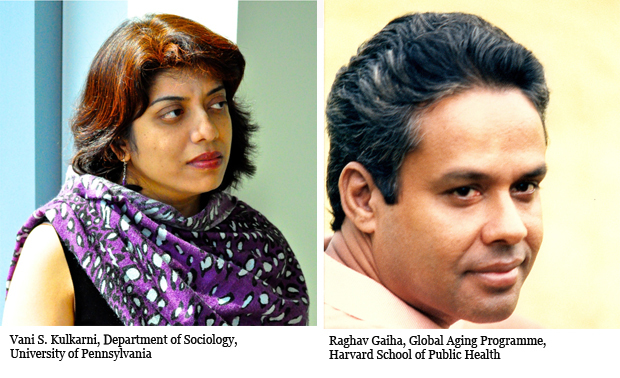 Philadelphia and Boston, Sep 30 2015 (IPS) - The 17 sustainable development goals (SDGs) and the whopping 169 targets were adopted in the largest ever United Nations Summit, attended by Prime Ministers, Presidents and the Pope, among other luminaries, in New York. These goals encompass world peace, the environment, gender equality, elimination of poverty and hunger and much, much more.

So far, they have evoked mixed reactions ranging from complete dismissal to grudging acceptance and overwhelming euphoria. Much of the scepticism is rooted in the ambitiousness of the SDGs relative to highly varying and, in most cases, limited capacities of developing countries to accomplish them. A comment in The Economist (19 September, 2015) derides them as “higgledy-piggledy, “bloated” and “unwieldy” but acknowledges a shift in development thinking.

While we commend the vision of SDGs for their comprehensiveness, emphasis on their inter-relatedness and inclusiveness, we have drawn upon recent evidence to develop the following key strategic elements in the spirit of enriching the policy debates.

A profound and lasting contribution of the Millennium Development Goals (MDGs) was that they enhanced awareness of the multiple deprivations that afflicted large majorities of the people in many developing countries and policy challenges that confronted the governments, multilaterals and donors.

The SDGs have not just expanded their vision but also enriched it by focusing on sustainability. As Amartya Sen emphasised in the context of universal health care, it is not so much lack of affordability but a failure to recognise the capacity of poor countries (such as Rwanda), and states (such as Kerala in India) to mobilise and utilise resources effectively.

As global poverty fell, so did the gap between rural and urban poverty. Still, more than three-fourths of the extremely poor live in rural areas. It is clear, then, that global poverty remains a rural problem.

Overemphatic endorsement in recent studies of urbanisation as the main strategy for sustainable development neglects agriculture and the rural non-farm economy (RNFE) as key drivers of growth and reduction of inequality and poverty, as a vast majority of rural people still depend on them for their livelihoods.

Structural changes have occurred in both agriculture and the RNFE. Some features of changes in agriculture include its commercialisation, the emergence of high value food chains associated with demographic changes, urbanisation and growing affluence, and growth of agricultural exports.

Some have questioned the importance assigned to smallholder agriculture as a pathway out of poverty. Specifically, they contest the argument of the World Development Report 2008 that stimulating agricultural growth is “vital for stimulating growth in other parts of the economy,” and that smallholders are at the core of this strategy.

Pervasiveness of smallholder participation in high value food chains in different regions – especially in vegetables and fruits, milk and dairy products, and meat – is much higher than generally expected.

But there are barriers, too: lack of access to technology, credit markets, economies of scale in marketing, and ways of meeting stringent food quality standards. Contract farming is an option. Producers’ associations also contribute to overcoming some of these constraints. Central to this is inculcation of entrepreneurial skills among smallholders – especially young men and women – making sure that land, labour, credit and output markets function more efficiently.

While a majority of recent studies are emphatic about low labour productivity in agriculture impeding sustainable agricultural development, it is seldom acknowledged that these are manifestations of “underinvestment” in agriculture and market imperfections (e.g. dominance of local money lenders charging exorbitant interest rates, limited land rental markets, the sharp wedge between farm gate and wholesale prices for smallholders). Size neutrality of new agricultural technology implies an important role for extension services.

As part of the diversification of the rural economy, the RNFE has assumed greater importance in that it comprises a diverse set of activities ranging from pottery to trading and manufacturing with varied returns. Available evidence points to a large “overlap” between smallholders and those engaged in the RNFE using time disposition data. There is also some evidence that more than a small share of those classified as engaged in the RNFE live in rural areas but work in urban areas, raising questions about a sharp rural-urban dichotomy.

Other issues that deserve greater attention include labour tightening and higher wage rates, reduction of vulnerability of agriculture to weather shocks, volatility of prices, and forging of closer linkages with small and secondary towns. Central to expansion of the RNFE is how to make it more attractive for not just those who are engaged in both agriculture and the RNFE but also others who may move out of agriculture in pursuit of more rewarding opportunities elsewhere. Inculcation of managerial skills, more efficient credit and output markets, and improvements in rural infrastructure to enable easier access to output markets could stem the rural-urban migration tide and thereby the rapid growth of slums.

For poverty reduction, some forms of inequality matter more than others. Important ones include inequality in the distribution of assets, especially land, human capital, financial capital and access to public assets such as rural infrastructure. Broadly, a pro-poor agenda should include measures to moderate current income inequality while facilitating access to income-generating assets and the promotion of employment opportunities for the poor.

Much of the cross-country evidence relates to the benefits of financial depth rather than to broad financial inclusion. The Global Financial Development Report 2014 (World Bank, 2014) makes an emphatic case for the latter on the grounds it reflects a growing realization of its potentially transformative power to accelerate development gains through greater access to resources for investing in education, capitalizing on business opportunities, and confronting shocks. Indeed, greater diversification of clientele through financial inclusion is likely to lead to a more resilient and more stable economy.

As more and more economies upgrade to middle-income and institutional quality improves, private capital inflows will become increasingly important. A stable macro-economic environment and incentives for public-private partnerships would promote growth and poverty reduction. Greater transparency of contracts and better enforcement are imperative. Not just national but local institutions matter a great deal in a sustainable rural transformation and poverty reduction.

Institutional responses to risks need to be strengthened by promoting community level institutions; widening and deepening of the reach of financial institutions; and providing social protection to the most vulnerable. When designed well and targeted effectively, these institutions and programmes help poor households build resilience against risks and severe hardships.

Local organizations (e.g water users’ associations, producers’ groups, women’s groups) not only help in equitable use of scarce natural resources in a community but also in facilitating access to credit and other markets.

Indeed, contrary to the deep pessimism, the SDGs reflect a renewed commitment to and optimism about bettering the “nasty, short and brutish lives” of the poor, disadvantaged and vulnerable in the near future.