Jomo Kwame Sundaram is the Coordinator for Economic and Social Development at the Food and Agriculture Organization of the United Nations and received the 2007 Wassily Leontief Prize for Advancing the Frontiers of Economic Thought. 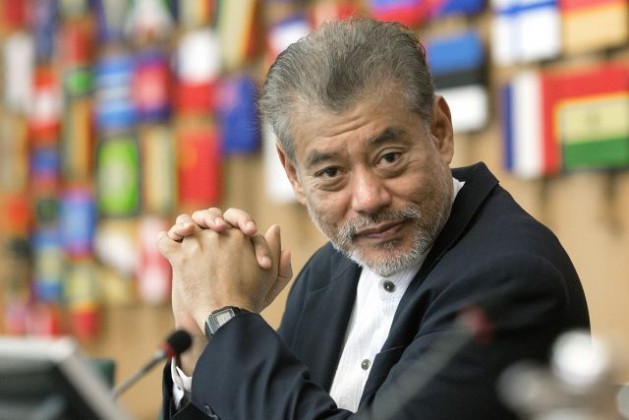 ROME, Oct 7 2015 (IPS) - It has become clear that the South, including the least developed countries, has little reason to expect any real progress to the almost half century old commitment to transfer 0.7 percent of developed countries’ income to developing countries. But to add insult to injury, developing countries have, once again, been denied full participation in inter-governmental discussions to enhance overall as well as national tax capacities.

The ability to pursue development policies depends crucially on available fiscal space, which relies mostly on domestic revenues, especially taxes. However, tax revenues in most low- and lower middle-income developing countries are low. The average tax-GDP ratios in low-income and lower-middle income countries are around 15 and 19 per cent respectively, compared to the OECD average of around 34 per cent.

Although non-tax revenues may add significantly to total revenues in some countries, these ratios are typically low even in countries with considerable non-petroleum mineral resource extraction activity. Therefore, low- and lower-middle-income countries should take steps to increase their revenues after considering various options for doing so.
This is necessary because the main approach in recent decades has been to increase tax rates only if unavoidable. It was presumed that lower rates would ensure better compliance with tax laws, and thus raise revenue.

In the vast majority of countries in sub-Saharan Africa and Latin America, the tax to GDP ratio has actually stagnated or declined, as international trade taxes accounted for the largest share of tax revenue. As tariffs and export duties declined with trade liberalization, the share of trade taxes has fallen.

Unfortunately, other taxes have not grown to compensate for the lower trade taxes. There is an urgent need to reverse this trend, with greater commitment to revenue generation in order to improve social protection, create employment and otherwise contribute to sustained economic recovery.

For rich countries, however, income taxes (mostly from individuals) make the largest contribution (around 34 per cent), with consumption taxes at the around the same level, with social insurance contributions accounting for 26 per cent of total tax revenue and trade taxes quite insignificant.

And certainly not for all time, as tax systems must evolve with changing economic circumstances. A key question is: which taxes are most likely to meet the requirements of effective collection, buoyancy and stability?

Revenue losses due to globalization need to be addressed. There are three main reasons for revenue losses:

First, capital movements increase opportunities for tax evasion because of the limited capacity that any tax authority has to check the overseas incomes of its residents; evasion is easier as some governments and financial institutions systematically facilitate the concealment of relevant tax information from home tax authorities.

Where dividends, interest, royalties and management fees are not taxed in the country in which they are paid, they more easily escape notice in the countries where the beneficiaries live. There have been large non-resident aliens’ bank deposits in some countries like the US that impose no taxes on interest from such deposits.

Second, avoidance (not evasion) may increase, given international differences in tax rules and rates, because of the choice of tax regime that international-tax-treatment of enterprise income commonly offers. This is more likely for taxation of profits from corporations’ international operations. Transfer pricing for goods, services and resources – moving among branches or subsidiaries of a company – provides opportunities for shifting income to minimize tax liability.

Third, international competition for inward foreign direct investment may lead governments to reduce tax rates and increase concessions for foreign investors. Income tax rates have fallen sharply since the 1980s. The tax rates that governments can impose are thus constrained by international competition. They are reluctant to raise rates or to tax dividend and interest income for fear of capital flight. Yet, it has long been known that direct-tax concessions have little or no effect in diverting international investment, let alone in attracting such flows. Hence, such tax concessions constitute an unnecessary loss of revenue.

Beggar-thy-neighbour policies have led to revenue losses for many developing countries in a race-to-the-bottom also involving labour and environmental standards, which in turn erodes the prospects for balanced, inclusive and sustainable development.

Finance ministries and tax authorities in developing countries need to cooperate among themselves and with their developed economies counterparts in the Organisation for Economic Co-operation and Development (OECD) to learn from one another and to close existing loopholes in their mutual interest. With the huge and growing size of public debts and the real and imagined fiscal constraints to sustained global economic recovery, inclusive international tax cooperation is more urgent than ever.
(End)