Opinion: The Broken Promises of the Peruvian Development Model

Alice Martin Prevel is a Policy Analyst at the Oakland Institute.

OAKLAND, California, Oct 30 2015 (IPS) - Lima was the host, in October 2015, of the International Monetary Fund (IMF) and the World Bank annual meetings. The two Bretton Woods institutions, criticized for their record of lowering social and environmental conditions, seek to showcase Peru as a success of their neoliberal policies and reforms to the rest of the world. 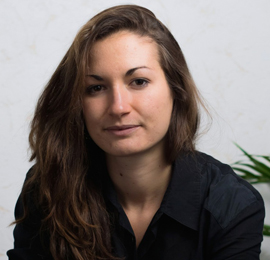 In the 1990s, Peru embraced the Bank’s Structural Adjustment Program, with the aim to make the country more attractive to foreign businesses through a number of deregulation and privatization reforms, such as the lifting of restrictions on foreign land ownership.

Between 1990 and 2015, the World Bank’s loans to Peru increased tremendously, channeling over $7 billion dollars to the country during the period. In 2015, it ranks 35th in the Bank’s Doing Business survey, with the second highest score in Latin America, indicating that the government has “created a regulatory environment conducive to business.”

In 2008, Peru requested help from the Bank’s International Finance Corporation (IFC) advisory services for the design of a new reform agenda that was launched in 2009. As a result, the Doing Business survey recorded 15 pro-business policy reforms ratified between 2010 and 2013, including fast-track procedures at the land registry, cuts in workers’ social benefits and tax reductions for private companies.

However, improving Peru’s business climate to attract foreign investment has had a severe toll on people, workers and the environment, resulting in rising social conflicts.

Simultaneously, Peru’s export-oriented economy has experienced a significant slow-down over the past three years, notably due to China’s lower demand for oil and minerals. The drop in the economy’s growth rate, from an average of 6.4 per cent in the 2000s to only 2.4 per cent in 2014, raises important questions about the high social and environmental costs associated with the country’s “development” path.

Reforms have led to a win-win for corporations operating in Peru by reducing spending on both workers and taxes.

Peru has a long history of seizure, exploitation and destruction of indigenous communities’ territories that started with the Spanish colonization. Under the Fujimori government, the rights of indigenous peoples were further denied by laws that suppressed the indivisibility and inalienability of indigenous communal lands.

In 2014, there were 68 million hectares of forests in Peru encompassing some 350,000 indigenous residents. These self-sufficient communities care for and rely on these lands for food, shelter and medicine, but land grabbing and deforestation pose grave threats to their livelihoods and the regenerative health of the forests.

Indigenous people have been defending their territories against illegal activities, but lack a supportive legal framework to do so. While approximately 15 million hectares are officially recognized as indigenous lands in the Peruvian Amazon, indigenous communities claim they have rights over at least 20 million additional hectares, which remain unrecognized.

Since the 1990s, Peru has taken a clear shift towards large scale and export-oriented agriculture. In 2014, Peruvian exports from agriculture exceeded 5 billion dollars. The growth of the agribusiness sector, however, has not brought the expected benefits to the rural and indigenous populations. Whereas the poverty rate in the capital Lima is relatively low (14.5 per cent as of 2012), it is in stark contrast with the 53 per cent rate found in rural areas.

Unlike its neighbours, Bolivia and Ecuador, who have resisted the Bank’s push for reforms, Peru has fully embraced its neoliberal agenda. But while the World Bank tries to convince the world that Peru’s economic model has led to a miraculous growth and poverty reduction, the country faces tremendous social issues and inequality.

Small farmers, who provide 60 per cent of Peru’s basic food, have been negatively impacted by government policies that widely favour the development of a large-scale, export-oriented agriculture model, resulting in increased pressure on water sources and negatively impacting farmers’ livelihood and assets.

Many farmers have been forced to rent or sell their land, transitioning from a status of farm owner to farm worker, or migrating to urban areas. In the Andes and the Amazon, small farmers and indigenous communities are left with the toxic legacy and degradation of their lands by mining and oil companies.

Despite their region’s mineral wealth, many rural communities are victimized by extractive industries, remaining extremely poor and food insecure. Their lifestyle is highly threatened by national policies that have chosen to concentrate a tremendous amount of resources in the hands of a few private corporations.

With the dire situation only growing worse, workers, rural communities and indigenous people have expressed their anger and anxiety through protests. The World Bank’s projects and involvement with the private sector in the country have notably been associated with violent clashes with local communities. The number of social conflicts, already considerable, could rise even more with the slowdown of the Peruvian economic growth. To many, the Peruvian “miracle” promoted by the Bretton Woods institutions has a bitter taste.