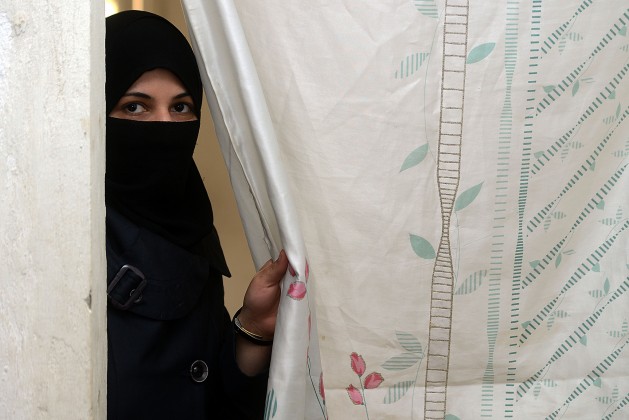 UNITED NATIONS, May 10 2016 (IPS) - The UN wants to create a new Global Compact to encourage countries to share the responsibility for hosting the 19 million refugees who have fled their home countries.

The success of a UN summit on refugees and migration planned for September this year “will hinge on the strength” of the proposed compact, Sherif Elsayed-Ali, ‎Deputy Director of Global Issues at Amnesty International told IPS.

Elsayed-Ali said that a small number of states have been expected to deal with a huge number of refugees while wealthier countries that could be doing a lot more “are not doing very much.”

One of the countries that has born a disproportionate burden of hosting refugees for decades is Kenya.

Elsayed-Ali said that the Kenyan government’s recent renewed threat to close down the world’s largest refugee camp and deport thousands of Somalis is “a manifestation of the complete failure to uphold responsibility sharing as it should be.”

“The situation has come to what it is now partially because the international community has ignored situations like the Somali refugee crisis in Kenya,” he said.

“The situation has come to what it is now partially because the international community has ignored situations like the Somali refugee crisis in Kenya,” -- Sherif Elsayed-Ali, Amnesty.

Kenya is not the only developing country struggling to cope with hosting refugees. Almost nine out of ten refugees live in developing countries, Karen AbuZayd, Special Adviser to the Secretary General on the Summit on Addressing Large Movements of Refugees and Migrants told journalists here Monday.

AbuZayd was appointed by UN Secretary-General Ban Ki-moon to convene the September summit as a key part of the UN’s response to the ongoing global refugee crisis.

A report released here Monday “In Safety and Dignity: Addressing Large Movements of Refugees and Migrants” details Ban’s hopes for the summit, including his plans for the Global Compact.

AbuZayd said that the summit was partly needed to remind member states of the international laws they have already agreed to follow.

“We’ve come to this point that we have to have another summit about this and remind people of their previous commitments,” she said.

The summit will also propose new solutions, including a plan to increase development aid to host countries.

Countries like Turkey, Lebanon and Jordan, which are hosting millions of Syrian refugees, have been calling for increased international assistance to help them bear the financial burden of shelter, education and healthcare for millions of refugees.

“There needs to be proper funding for Jordan, Lebanon and Turkey, for the financial costs of hosting a large refugee population,” said Elsayed-Ali.

However, it is unclear whether the proposed Global Compact plans to address the issue of rich countries paying poorer countries to host refugees for them.

IPS asked UN Deputy Jan Eliasson, Deputy Secretary-General about this issue here Monday and he said that it was one of many reasons demonstrating the urgency and relevance of the initiative. However Eliasson did not provide details as to how the issue could be specifically addressed.

So far one of the few countries to adopt this approach has been Australia. Elsayed-Ali described Australia’s policy of settling refugees in Papua New Guinea, Nauru and Cambodia as “completely disastrous.”

“Essentially Australia is absolving itself of its core responsibility under international refugee law,” he said.

Referring to the conditions on Nauru where two refugees have recently resorted to self-immolation in protest, Elsayed-Ali said that “almost no independent observers have been able to go and see the situation or talk to the refugees.”