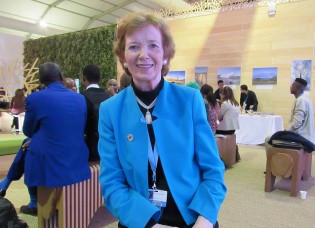 By Lyndal Rowlands
The UN wants to create a new Global Compact to encourage countries to share the responsibility for hosting the 19 million refugees who have fled their home countries.

By Tharanga Yakupitiyage
Though the upcoming World Humanitarian Summit may seem timely, a debate ensues on an important question: is the world humanitarian system broke or broken?