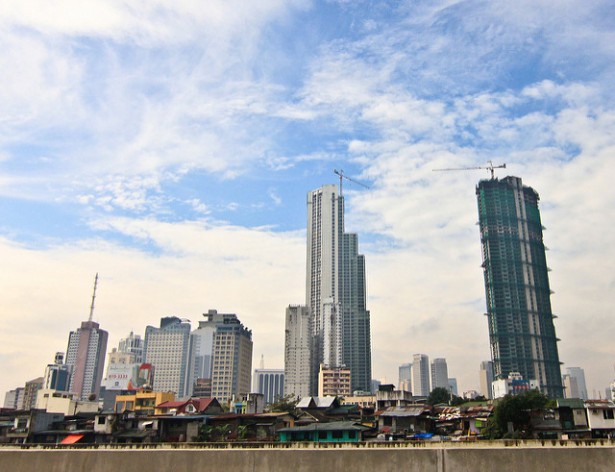 UNITED NATIONS, Jul 13 2016 (IPS) - Although “leave no one behind” has become a central rallying cry around the UN’s Sustainable Development Goals, more needs to be done for it to be put into practice, civil society said during a review conference of progress made on the Post-2030 agenda here this week.

Unlike the UN’s Millennium Development Goals (MDGs)  which failed to address structural inequality, ecological sustainability, and the responsibilities of the global North, the 2030 Agenda acknowledges the “enormous disparities of opportunity, wealth, and power,” as immense challenges to sustainable development – a first for an intergovernmental document.

Yet despite these changes,  the first year of the fifteen year 2030 Agenda has yet to see a change in the trajectory of global development, according to the Spotlight Report on Sustainable Development 2016 published this week.

“Communities are not forgetfully left behind,” said Warda Rina of the Women’s Major Group, which is one of the groups at the UN reviewing progress made on the 2030 Agenda, “it is the neoliberal policies which systematically exclude them.”

The state of the Sustainable Development Goals in many countries can be described by growing prosperity of the higher classes, but worsening multidimensional poverty, quality of life, and public safety, says the report.

“Financing conversations seem to be going back to business as usual. If some of what's on the table goes through, it will create direct obstacles to achieving the SDGs.” -- Barbara Adams.

“With reference to the 2030 Agenda, there is progress and setbacks,” writes Hector Bejar on behalf of Social Watch coalition in Peru which said in the report that ‘GDP grew, but inequality grew as well.”

Barbara Adams also of Social Watch, said that so far the implementation of the SDGs has made it seem like some member states agreed to the agenda reluctantly, and in negotiations there is a lot of push-back and backtracking by them.

“Financing conversations seem to be going back to business as usual. If some of what’s on the table goes through, it will create direct obstacles to achieving the SDGs.”

A major obstacle which the 2030 Agenda does not address is the new generation of bilateral investment treaties and free trade agreements which reduce the ability of governments to promote human rights and sustainability, and encourage countries to compete in the race to the bottom, offering lower taxes and cheaper labour to attract investments.

For example, The Trans Pacific Partnership (TPP) signed in February is awaiting ratification, and the Transatlantic Trade and Investment Partnership (TTIP) between the European Union and US to be finalized by the end of the year.

“These agreements regard social, environmental, and human rights standards as potential non-tarrif barriers to trade and investment, which have to be ‘harmonized’ or removed,” says the report.

Sandra Vermuyten, from Public Services International said that a lot of UN panels are being steered by corporate interest and are not inclusive. For instance, the coordinator of the Global Business Alliance for the 2030 Agenda is the The International Chamber of Commerce (ICC). They have claimed to play a key role in the Agenda’s implementation, but they have been advocating for the same destabalizing policies of the past which exaserbated inequalities in both the global North and South, says the report.

Chee Yoke Ling (Third World Network) said that the SDGs are not going to be accomplished through only public-private partnerships or multi-stakeholder approaches.

“Laws of countries, from the U.S. To European countries are giving more rights to corporations than to human beings,” said Ling.

“It took us 44 years to admit that poverty is still there, and that inequality is a major problem. But now, corporate power is so much more concentrated.”

Another example of the 2030 Agenda’s contradictions is the way the water crisis is being framed, rather than the root causes being addressed, says Meera K Arunananthan, from the Council of Canadians.

“The global water crisis is not an inevitable result of a rapidly growing population. It is a result of a thirsty, greedy, economic model.” said Arunananthan. This includes the basic need of water and sanitation services being privatized, which the World Bank has been promoting in the SDGs with structural adgustment programs, she says.

Another report published by the Overseas Development Institute (ODI) on Monday, the first day of the High Level Political Forum, found the total cost of leaving no one behind in health, education and social protection across the 75 countries for which they have data is an annual average of $739 billion.

In the era of the Millennium Development Goals (MDGs), some countries did not start implementation in earnest until 10 years after the goals were adopted. Delayed action on global warming has compounded the policy challenge. If no action is taken in the first 1,000 days of the SDGs – in other words, in the first three years up to September 2018 – then governments risk leaving people behind and failing to achieve certain goals altogether, says the report.

If sub-Saharan Africa is to eliminate ultra-poverty, it needs to reduce levels by 10 percent a year if action starts today, rising to 13 percent if this is left until 2018, the report found.

“The world simply cannot afford delays that threaten the chances of achieving the SDGs.” says the ODI report.