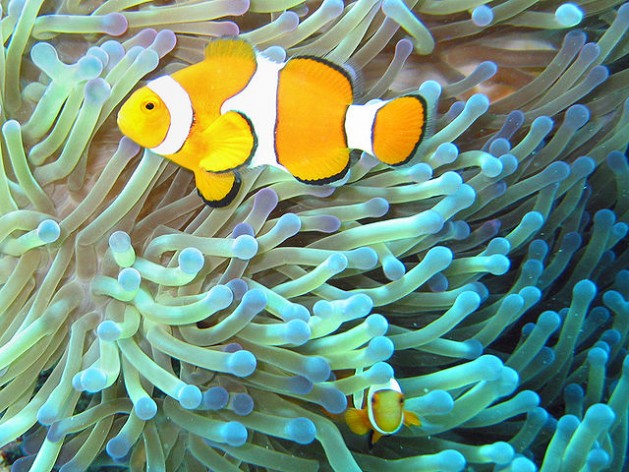 HONOLULU, Hawaii, Sep 10 2016 (IPS) - A major environmental conference of governments and NGOs has called on nations to set aside at least 30 percent of the world’s oceans as “highly protected” areas by 2030, but delegates said opposition from China, Japan and South Africa had seriously undermined chances of success.

Ambitious and controversial, motion 53 was passed in Honolulu at the World Conservation Congress held by the International Union for Conservation of Nature (IUCN) and its nearly 1,400 members who meet in plenary session every four years.

Without consensus, and with major nations opposed, delegates said privately the vote could prove to be largely symbolic.

Only about two percent of the world’s oceans are currently designated as marine protected areas. Speaking at the congress opening ceremony on September 1, President Tommy Remengesau of Palau, whose atolls are threatened by climate change and rising sea levels, said he “challenged” IUCN to follow the Pacific nation’s example and set the 30 percent target for protected areas where “no extraction activities” would be allowed.

The motion passed with 129 states and government agencies in favour, and 16 against. Among the NGOs, which make up a separate voting category, 621 were for and 37 against.

But strong opposition was raised in pre-vote statements by China, Japan and South Africa, each with substantial marine economic exclusion zones. France spoke in favour, although with reservations, while the United States did not make its position clear. A breakdown of the voting is to be released after the IUCN Congress.

China said the target of 30 percent by 2030 was “too hard for the relevant countries to achieve”. “China values the health of oceans” and wants to extend marine protected areas but the proposal should have focused on the sustainable use of marine resources, rather than the size of area to be protected, a foreign ministry official said.

“The usual interests of China are at play,” shot back a delegate from Costa Rica, noting the theme of the congress was “Planet at a crossroads”, drawing applause from the floor.

Japan said a strict prohibition on human activities was not the way forward. Not enough scientific data existed on the issue and there had not been adequate discussion, a Japanese Ministry of Environment official said. South Africa was also against, saying the “target is way too ambitious and may not be reachable”.

The US has been ambiguous over the issue. Last week Sally Jewell, Secretary of the Interior, said the US had no position on motion 53 and that more scientific analysis was needed over how much of the oceans should be put under protection.

Asked if the US could go further with its clean energy policies and stop oil and gas extraction in the Gulf of Mexico, she told reporters that many businesses and jobs were at stake there. “The Gulf is a very important source of US energy. We can’t just pull out the rug from these companies,” she said.

IUCN resolutions do not carry the weight of law. However, approval by governments and civil society with the backing of extensive scientific expertise make the congress an important platform for formulating and implementing international treaties and domestic legislation. But without consensus, and with major nations opposed, delegates said privately the vote could prove to be largely symbolic.

Delegates said China and others were concerned that the resolution could influence further agreements under the 1992 Convention on Biological Diversity, which calls for 10 percent of coastal and marine areas to be protected by 2020.

The IUCN resolution made clear that the goal was to establish “highly protected” areas “with the ultimate aim of creating a fully sustainable ocean at least 30% of which has no extractive activities”. However, in a gesture to some small Pacific nations heavily reliant on fishing, the resolution adds that this was “subject to the rights of indigenous peoples and local communities”.

The congress also calls for the U.N Convention on the Law of the Sea to set about development of a mechanism to ensure “conservation and sustainable use of marine biological diversity in areas beyond national jurisdiction”, meaning outside nations’ economic exclusion zones.

Oceans, which make up over two-thirds of the Earth’s surface, play an important role in mitigating the impact of climate change, acting as a buffer to absorb carbon emissions and slow the rise in global temperatures. The IUCN Ocean Warming Report released on September 5 said the oceans had prevented a rise of 36 degrees centigrade in global temperatures in the industrial era. Fish also help absorb carbon by depositing it on the ocean floor.

Some – including conservationists of iconic status such as Professor E.O. Wilson – say 30 percent is not enough. The 87-year-old professor from Alabama argues in his latest book, Half-Earth: Our Planet’s Fight for Life, that 50 percent of the planet’s surface area should be designated as natural reserves – as inter-connected as possible — to preserve biodiversity.

Wilson, who has a 15-foot male Great White Shark named after him, says fishing in the open seas beyond national boundaries should stop. Setting aside half of the world could save 80 to 90 percent of species, he estimates.

“Half the world is possible,” he told reporters in Honolulu this week. “For oceans it is no big problem,” he said, noting that about half of the ocean’s surface is covered by economic exclusion zones and half were “blue waters”. “That’s basically what it is all about. Do it now. Put half the world aside… And we need to eat much less meat,” he said.

Debate over the concept of “sustainable development” versus outright bans or prohibited activities was a constant theme throughout the IUCN Congress which adopted nearly 100 resolutions, some by consensus.