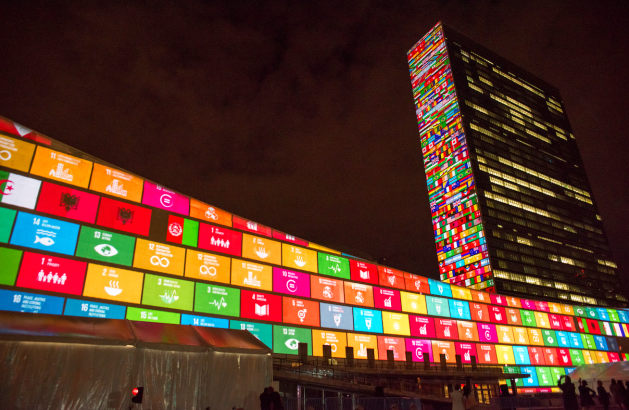 UNITED NATIONS, Sep 2 2016 (IPS) - The UN’s new Sustainable Development Goals apply to all 193 UN member states, yet one year in some say that rich countries aren’t taking their critical role quite as seriously as they should be.

“What is an interesting, but also a scary observation, is (that the Sustainable Development agenda) is taken more seriously in developing countries than in many developed countries right now,” Mogens Lykketoft President of the UN General Assembly told IPS in a recent interview.

“The development agenda is not as it was expressed more or less in the Millennium Development Goals (which ended in 2015), about poor people in poor countries, it’s about all people in all countries,” said Lykketoft.

“We know that the loss in revenue from rich countries and rich people (taking) their profits from developing countries that loss is much larger than the ODA going the other way,” said Lykketoft.

“We have to strengthen very much the global cooperation against tax evasion and tax havens but we also have in this context to support many developing countries to develop those institutions that are able to cope with the large companies investing in their countries,” he said.

“Challenges such as climate change and inequality don’t observe national boundaries, they require collaboration at the global level. So the SDGs are for all countries to achieve,” Bonian Golmohammadi.

Lykketoft noted that such tax cooperation is currently coordinated by the Organisation for Economic Co-operation and Development (OECD) and that there is not consensus between the UN member states to change this.

“A very big part of the transformation needed to have a sustainable future, to avoid climate catastrophes, is investment that has to take place in (the) most developed countries – in their way of using energy, saving energy, production methods and general consumption patterns,” he said.

IPS spoke with representatives from organisations working on the Sustainable Development Goals (SDGs) in both developed and developing countries, who all agreed that developed countries have an important role to play in achieving the global goals.

Joh​n Romano, Coordinator of the Transparency, Accountability & Participation (TAP) Network which is closely monitoring how UN member states measure and report on the SDGs, told IPS that it seems like some developed countries are not taking the SDGs as seriously as they should be.

“We saw some developed countries present their voluntary national reports with the claim that they have already achieved many SDGs and targets, and used this as a justification for a narrow focus on just a handful of SDGs as their priorities.”

“The SDGs are meant to be aspirational in nature, so the claim that a country has achieved certain goals or targets only 10 months in to the adoption of the 2030 Agenda is either a discouraging sign that Member States didn’t set their goals high enough, or that they are content with maintaining the status quo and not pushing their ambition to achieve transformative change.”

Kate Carroll. International Research & Policy Coordinator at ActionAid agreed with Romano’s observations. “In our work we are consistently seeing that developed countries have a lot more to do (to achieve) the SDGs.

“They’ve not only got a lot more to do in terms of ensuring that inequalities within their own countries are addressed but also the global ones, and I think climate change is a really good example because it’s such an inescapable part of any global partnership.”

“Looking at developed countries high historical and continued emissions, we’re seeing that then that they are really failing to do more to support developing countries to adapt to climate impacts.”

Other areas where developed countries could be doing more to address global inequality, include addressing preferential treatment in global trade and improving the quality of aid, said Carroll.

However Bonian Golmohammadi, Secretary-General of the World Federation of United Nations Associations (WFUNA) which has members in over 100 countries, told IPS that the WFUNA has seen both developed and developing countries taking the SDGs seriously.

Golmohammadi agreed that all countries must be involved in order for the goals to be successful.

“Challenges such as climate change and inequality don’t observe national boundaries, they require collaboration at the global level. So the SDGs are for all countries to achieve,” said Golmohammadi.

She says that she has seen a lot of interest in the SDGs in the United States, noting that while Americans may use different terminology there is a lot for them to identify with in the goals.

“We took all these years, with all of these panels and all of these really smart people, and we had civil society, and they have developed for us a very compelling list of the most important priorities for our generation, so let’s use it,” she said.