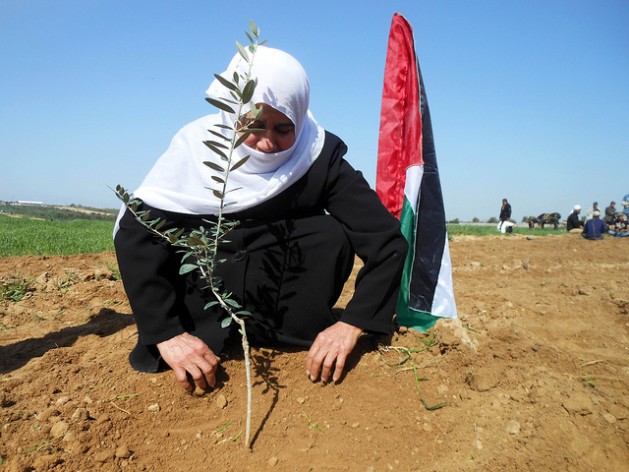 UNITED NATIONS, Dec 15 2016 (IPS) - Come 2017, the United Nations will mark the 50th anniversary of one of the world’s longstanding unresolved political problems firmly entrenched on the UN agenda: the Israeli-Palestinian conflict dating back to the Six Day War in June 1967.

When Antonio Guterres takes over as the new UN Secretary-General on January 1, he will inherit a rash of ongoing political and military conflicts, including the six-year-old civil war in Syria, the devastating bombings in Yemen, the Shia-Sunni killings in Iraq, the widespread political chaos in Libya, renewed violence in the Central African Republic, the continued atrocities in Darfur and South Sudan and the rise of global terrorism.

But one of the most elusive problems — crying out for a solution despite half a century of negotiations and unimplemented Security Council resolutions —will be the demand for a Palestinian homeland.

As Guterres told reporters December 12: “We need a surge in diplomacy for peace when we see this multiplication of new conflicts — and old conflicts that seem never to die”.

Mouin Rabbani, Senior Fellow with the Institute for Palestine Studies and Contributing Editor at Middle East Report, told IPS: “As the UN commemorates the 50th year of Israel’s occupation, we need to recognize that the world body is in many respects but a shadow of the organization it was in 1947, when the General Assembly adopted a recommendation to partition Palestine, or even 1967 when the occupation of the West Bank and Gaza Strip commenced.”

What capacity it does retain to act effectively has, when it comes to Palestine, been deliberately and completely paralyzed by the United States, acting on Israel’s behalf, he declared.

Indeed, it has in this respect been somewhat ironic to watch (US Ambassador to the UN) Samantha Power and other US diplomats incessantly whine about Russia shielding the Syrian regime at the UN Security Council these past several years, said Rabbani, who is an Associate Fellow of the European Council on Foreign Relations, and Policy Advisor to Al-Shabaka – The Palestinian Policy Network.

“Will Palestinians be condemned to another half century of military occupation?”, he asked. “If they have to rely on the United Nations for salvation from Israel the answer would be “almost certainly”, but fortunately this is not the case.”

Asked specifically of the UN’s role, Rabbani said among recent Secretaries-Generals none have been more timid in their dealings with Israel and the US, and more solicitous of US and Israeli policy, including on the Question of Palestine, than outgoing Secretary-General Ban Ki-moon.

“His tenure has been a disaster for Palestinian rights. Full stop. So the mere fact of his departure and replacement is welcome news”, said Rabbani.

Vijay Prashad, the George and Martha Kellner Chair in South Asian History and Professor of International Studies at Trinity College, Connecticut, told IPS it seems that the partition plan and two state solution has been destroyed by Israeli settlements.

The UN policy is out of step with this reality. The new Secretary-General will have to confront this position, viz the virtual impossibility of a two state solution.

What remains? What kind of Palestinian future is possible? These kinds of questions need to be asked, said Prashad, who has written extensively on Middle East Politics and is the author of “The Death of the Nation and the Future of the Arab Revolution”.

Israel will refuse both one state and two state solutions. It wants to annihilate the Palestinian Question, he noted.

“The Palestinians are playing defense. What kind of positive strategy is possible for Palestine and will the new Secretary-General enable such a discussion? I hope so,” said Prashad, co-editor of the recently-released “Land of Blue Helmets: the United Nations in the Arab World”.

Asked what his message would be, if and when he meets with US President-elect Donald Trump, Guterres, avoided a direct answer.

“Well, to restore confidence, I think the first thing that is important is to tell the truth. Sometimes the truth is ignored in political relations around the world. And when people talk to each other, the truth is that many times there are different perceptions about each other.’

“And I believe it is with truth that I need to engage with all governments in the world and, of course, also with the next Government of the United States, showing a clear will to cooperate in relation to the enormous challenges that we’ll be facing together,” Guterres declared.

Rabbani told IPS predicting about how a Trump administration will approach the Question of Palestine is a difficult task, primarily because Trump is an empty vessel with multiple – and therefore essentially no – views of his own.

“But as is generally the case with empty vessels, they tend to be filled by those with privileged access. And in this case the indications are not good.”

Regarding Guterres, Rabbani pointed out the new Secretary-General (SG) will be operating under the same constraints any other SG would encounter, but has the advantage that the UN is no longer as fully dominated by the US as it has been in recent decades.

It also seems reasonable to presume his ambitions exceed being an errand boy for Washington like his predecessor, Rabbani noted.

“I know little regarding his personal views on the Israel-Palestine conflict, though given the fact that he is a former European social democrat premier his views presumably fall within the European/EU mainstream. “

But the more important point is that this will be less about his personal views and more about the environment in which he operates and his willingness (or otherwise) to use his political clout.

“Will he want to expend political capital on Palestine when he may prefer to or feel he needs to spend it on other files such as Syria? This is difficult to divine.”

And it will depend not just on his priorities and preferences, but crucially upon how energetically this matter is promoted by member states and international public opinion.

“So I would see his tenure as an opportunity that I very much hope the Palestinians manage to utilise. But once again, I would advise to spend less time examining his personal views and preferences, and more on the environment in which he operates,” said Rabbani, a former Senior Middle East Analyst with the International Crisis Group.

Oxfam International Executive Director Winnie Byanyima said Guterres, whose appointment is arguably one of most challenging jobs on the planet, brings a wealth of experience and leadership to the role to guide the UN in the years to come.

“The new Secretary-General must face up to a world of numerous protracted conflicts, reprehensible breaches of the rules of war and a massive global displacement crisis,” she said.

But besides the ongoing political problems, he must also readily confront the extreme economic inequality crisis that is trapping people in poverty, undermining economic growth and threatening instability around the world.

“And for the UN to be relevant, effective and accountable – in a world so different from the times when it was founded in 1945 – Mr. Guterres must spearhead essential reforms to the UN.”

She also congratulated Ban Ki-moon for his outstanding, dignified leadership.

“Among his achievements were ushering in the Sustainable Development Goals and the Paris Climate Agreement: both will be remembered in history for charting a better