A Dire Vacuum in a World in Crisis 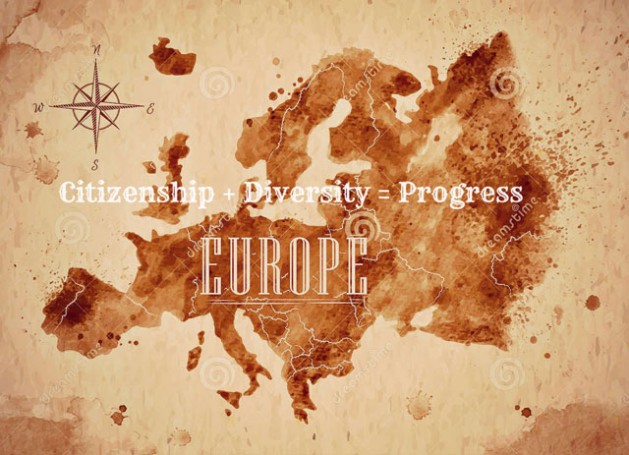 Courtesy of the Geneva Centre for the Advancement of Human Rights and Global Dialogue.

ROME/GENEVA, Feb 9 2017 (IPS) - “The world is in a crisis, not least because governing élites have estranged themselves from the needs and aspirations of ordinary people. This sense of being left behind has lead the latter to rebel against their country’s stratified governance,” warns a Geneva-based human rights and dialogue centre.

“At the same time, complaints about the unfairness of globalisation were hushed up or ignored when they hit the poor in the Global South but now that people in the Global North are feeling the pinch as well, the issue’s priority is moving up in media reports”, says the Geneva Centre for the Advancement of Human Rights and Global Dialogue(GCHRAGD).

All these trends have exacerbated populist movements rejecting citizenship in favour of narrower concepts of identity related to dominant races or religions, the Centre continues, adding that on the other hand foreign military invasions in the Middle East, with the resultant casualties and exclusions, have created bitterness and have destroyed social mechanisms for conflict resolution.

“These developments have brought about a vacuum, which has been occupied by terrorist groups seeking legitimacy in a perverted interpretation of Islam… Thus for different reasons, the two main world religions have become embroiled in the rise of extremist ideologies and are increasingly being perceived as part of the problems underlying this world crisis.”

Now the GCHRAGD is in the process of launching a new initiative during the current session of the UN Human Rights Council (Feb. 27 to Mar. 24, 2017)—a side-event on March 15th a panel discussion around the theme “Islam and Christianity, The Great Convergence: Working jointly towards equal citizenship.”

According to the Centre, this initiative is aimed at creating a grand coalition to let these major world religions become part of the solution to the current crisis by unleashing their joint potential for peace at the service of equality in citizenship which implies a definition of identity based on citizenship rather than on religious, ethnic or other affiliations.

Thus could be addressed the issue of minorities, both Muslim ones in the West and Christian ones in the Middle East, let alone the parlous situation of Muslim minorities in parts of Asia or religious tension between Muslims and Christians in some parts of Africa as well as contemporary phobic language which tends to create more social tension, explains GCHRAGD.

“A side-event is only a first awareness raising opportunity which should be followed by other initiatives, hopefully in the Human Rights Council itself and beyond.”

The panel discussion will build on a series of events organised by the Geneva Centre in collaboration with various partners working on the promotion and protection of human rights in the Arab region and in Europe, as well as on extremist violence and Islamophobia.

In this context, the Geneva Centre organised in 2016 a number of conferences on four related themes: The Advancement of the Status of Women in the Arab World; Islamophobia and the Implementation of UN Human Rights Council Resolution 16/18: Reaching out; De-radicalisation or the Roll-Back of Extremist Violence; and Muslims in Europe: The Road to Social Harmony.

According to its organisers, the side event seeks to ascertain religious diversity and consolidate the view of the Christian and Muslim religions as vectors of peace, by focusing on the great convergences between Islam and Christianity based on the commonalities of their basic values.

The Geneva Centre for the Advancement of Human Rights and Global Dialogue explains the rationale behind the March 15th side event:

“Over the past few years, on-going armed conflict and indiscriminate terrorist attacks bringing bereavement principally to the Arab region and to parts of Africa, and spilling over to the Western world, have contributed to an exacerbation of human rights violations with a worldwide worsening human rights impact of unprecedented proportions not witnessed since the end of World War II.

“Against this dire background, the world is witnessing a rise of right wing populism and extremist ideologies, resulting from increasing remoteness of the State from the electorate.

“Feeding on violence and dormant biases, Islamophobia has been increasing steadily and worryingly over the past years. For instance, only in the United States alone, hate crimes against Muslims rose by a staggering 67 per cent since 2015.

“The Muslim Rohingya minority in Myanmar has also witnessed ethnic cleansing and religious persecution by Buddhist extremists in the state of Rakhine that has largely been neglected and ignored by the world community.

“Other relevant examples of religious persecution can be extended to include the genocide committed by the Bosnian Serbs on the Bosniaks of Bosnia-Herzegovina in which the 1995 Srebrenica massacre, largest massacre in Europe after the end of the Second World War, was carried out in the town of Srebrenica resulting in the killing of more than 8,000 Muslims.

“Moreover, the demolition of the Baburi mosque by Hindu extremists in 1992 gave rise to heightened Muslim-Hindu tensions in India. Likewise, the distorted representation of Muslim communities as well as of Islam itself in the media has been playing a malevolent role in strengthening xenophobic trends around the world, by perpetuating stereotypes and negative portrayals of Muslims.

“We can explore ways in which the media can mitigate their role in presenting a distorted picture of religious minorities, and more fully contribute to increased tolerance and inter-religious understanding by promoting peaceful messages to the public.”

The primary outcome of the side event could be the adoption of a draft agenda for an international conference to be held on the same subject for which a first draft is attached as an annex to the concept note.