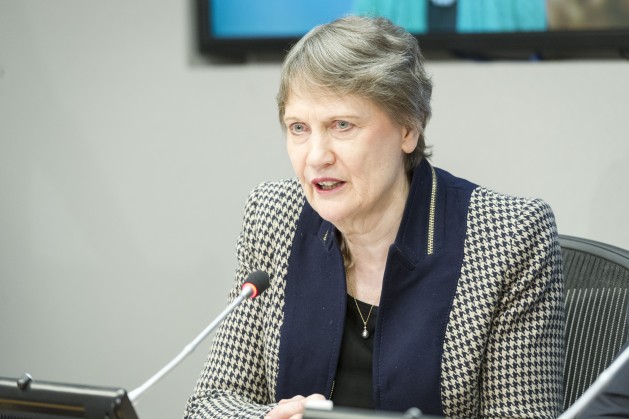 UNITED NATIONS, Mar 22 2017 (IPS) - Despite 25 years of impressive global development, many people are not benefiting from progress due to persistent discrimination, according to a UN report released Tuesday.

The 2017 Human Development Report found that overall human development has improved significantly across all regions of the world since 1990. Yet despite these general improvements, poverty and inequality have persisted.

“The world has come a long way in rolling back extreme poverty, in improving access to education, health and sanitation, and in expanding possibilities for women and girls,” said UN Development Program Administrator Helen Clark at the report’s launch. “But those gains are a prelude to the next, possibly tougher challenge, to ensure the benefits of global progress reach everyone.”

The report described how poverty and exclusion have remained, even in developed countries, where over 300 million people – including more than one-third of all children – live in relative poverty.

“We place too much attention on national averages, which often mask enormous variations in people’s lives,” -- Selim Jahan

The reasons for poverty and exclusion are often related to discrimination based on race, gender or migration status, the report found. Some of those most likely to live in poverty include indigenous people and people with disabilities. Meanwhile, more than 250 million people worldwide face discrimination solely on the basis of caste or another similar inherited lower status within society.

“By eliminating deep, persistent, discriminatory social norms and laws, and addressing the unequal access to political participation, which have hindered progress for so many, poverty can be eradicated and a peaceful, just, and sustainable development can be achieved for all,” Helen Clark said.

The largest group to be discriminated against globally is women and girls. Women are still poorer and earn less than men in every country globally and in 18 countries, women need their husband’s approval to work, the report found. Women now make up slightly less than half of the world’s population due to discrimination before and at birth through sex-selective abortion and infanticide.

“We place too much attention on national averages, which often mask enormous variations in people’s lives,” said Selim Jahan. “In order to advance, we need to examine more closely not just what has been achieved, but also who has been excluded and why.”

Other examples in this years report include the indigenous Parakanã, Asurini and Parkatêjê peoples of Brazil who were among more than 25,000 people forced to relocated due to the construction of the Tucuruí Dam in Brazil.

“Poor resettlement planning split up communities and forced them to relocate several times,” the report found.

Norway, Australia and Switzerland again topped the annual report as the world’s three most developed countries. Those countries with the lowest levels of human development were mostly in Sub-Saharan Africa and the Pacific. Syria was ranked at 149 of 188 countries, a sharp fall from 107 in 2009 before the Syrian conflict began.