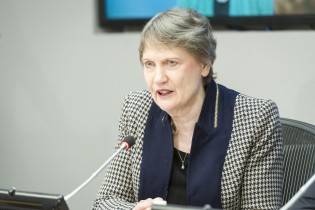 By Dr. Kirsten Stoebenau
Earlier this month, the Barack Obama administration announced a new initiative designed to improve girls’ education around the world. Dubbed “Let Girls Learn,” the programme builds on current progress made, such as ensuring girls are enrolled in primary school at the same rates as boys, and is looking to expand opportunities for girls to complete their education.

By Marianela Jarroud
Women leaders from every continent, brought together by U.N. Women and the Chilean government, demanded that gender equality be a cross-cutting target in the post-2015 development agenda. Only that way, they say, can the enormous inequality gap that still affects women and children around the world be closed.
Next Page »
ADVERTISEMENT ADVERTISEMENT