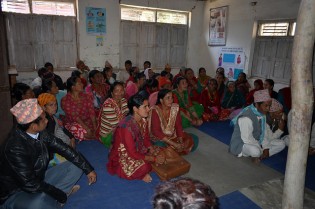 By Renu Kshetry
Two years after Maoist fighters put aside their arms and agreed to place themselves in United Nations-monitored camps, the issue of integrating them into the regular Nepal army as part of a peace process hangs fire.
ADVERTISEMENT ADVERTISEMENT