Soren Ambrose is Head of Policy at ActionAid International. 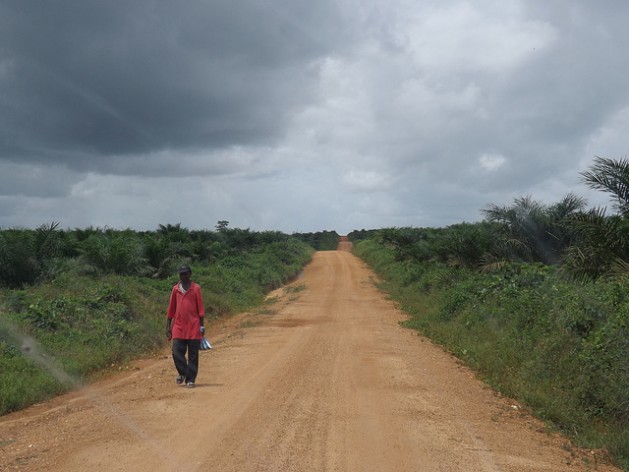 The land by Boegbor, a town in district four in Grand Bassa County, Liberia, has been leased by the government to Equatorial Palm Oil for 50 years. Credit: Wade C.L. Williams/IPS

NAIROBI, Apr 23 2015 (IPS) - Parents in despair because they can’t pay the fees at the privatised neighbourhood school… 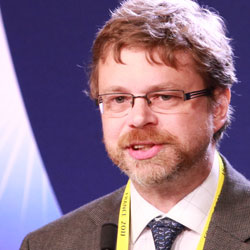 Workers paid so little by employers that they’re suffering malnutrition.

These are just a few of the reports I’ve heard from my colleagues in recent months.

We see people frustrated by the surge in the power of the plutocrats.

Plutocracy is a society or a system ruled and dominated by a small minority of the wealthiest. The rich have always been powerful; some element of plutocracy has been present in all societies.

But the degree of control being exercised now; the number of the ultra-rich essentially buying political power; the nearly impossible persistence required to overcome the legal, public relations, and technical resources controlled by corporations and the richest individuals; the much denser concentration of wealth in even the largest countries; and the global nature of the resources, power, and connections being accumulated have combined to foreclose meaningful democratic options and space for a life independent of the materialistic values of the plutocracy.

The economy no longer facilitates human society; humans live to serve the economy.

The logic that undergirds all of this – the greed for money, power, and control – is antithetical to preserving an environment in which living things can thrive. Through most of human history we have endured various unbalanced political and social systems.

Today’s market economy has roots going back centuries, but only in this one has it become so monolithic, with virtually the entire world under its spell.

We are living in an age of hyper-capitalism: we have gone beyond industrialisation and value-addition to a point where the rules are written by the financiers, and the finance industry, rather than a sector that actually makes something, has become arguably the most politically powerful industry in history.

A brief period of relative equality in the richer countries after World War II gave way from the late 1970s to a powerful ideology of competition, unending growth, and unhindered profit. This ideology was charted deliberately by institutes lavishly funded by aspiring plutocrats.

The denial of limits, the privileging of competition and profit over cooperation and public goods, and the capitulation of governments to the power of money has made the modern plutocracy a dominant reality, and one that must be reversed.

Commentators now routinely speak of how people can “contribute to the economy.” The economy no longer facilitates human society; humans live to serve the economy. “Freedom” has been reconfigured to refer to consumer choice rather than the ability to determine how to order one’s life.

A few years ago there was considerable debate about the concept of “peak oil” – the possibility we were reaching the beginning of the end of usable petroleum supplies. We may be reaching a more dangerous point: peak plutocracy, where society and the environment can sustain no more concentration of power and resources.

So it is worrying to hear so consistently from colleagues around the world the extent to which the power of people is being curtailed by the people with power.

We see the evidence of peak plutocracy in:

• the so far largely successful efforts of business interests to prevent meaningful action on climate change;

• the push for high-input, high-tech, restricted-ownership agriculture that excludes smallholder farmers – a great portion of them women — who feed most of the world’s people;

• the collusion of governments and companies in taking control of land and natural resources from communities in order to generate profits for privileged outsiders;

• the “race to the bottom” among governments to sacrifice revenues through blanket “tax holidays” in order to lure foreign investment, even when the benefits are unclear or negligible;

• the failure of governments to establish laws that protect workers from abuses ranging from trafficking to unlivable wages to unacceptably risky working conditions, with women workers in the most precarious, low-paid and inhumane jobs;

• the failure to recognise the systematic abuse of women’s rights in many areas – but in particular the deep uncompensated subsidies women provide to all economies with their unpaid and low-paid care work that keep families and societies functioning;

• the pressure put on countries – and more recently the collusion between governments and companies – to change commercial and consumer-protection laws so that foreign companies can dominate markets;

• the use of coercion, including violence, by powerful elites in private enterprises, fundamentalist movements, and repressive regimes to control women’s bodies and sexual and reproductive choices, their labour, mobility and political voice;

• the pressure to privatize schools at the expense of decent public education, despite the complete absence of evidence that the results will be beneficial to anyone beside the owners;

• the unwarranted scorn directed at the public sector, and the pervasive recourse to the notion of “private sector led development” by most donor countries and inter-governmental institutions, even in the absence of positive models

• the fetishization of foreign direct investment in low-income countries despite compelling evidence that no country has achieved sustainable development with foreign capital;

• the increasing congruence of interests among governments, corporations, and elites in limiting the freedom of action of social movements and public interest groups, constricting political space in all parts of the world;

• the increasing domination of wealthy corporations and individuals in United Nations debates and processes.

• the brazen ideological defense of inequality and massive concentration of power and resources by wealthy individuals and the institutes they fund;

• the increasing number of disasters and emergencies are turned into profit opportunities, as affected areas are remade according to the plutocrats’ rules.

• the refusal of governments to combat the global youth unemployment crisis with public jobs programs to address the widely-acknowledged looming crisis of deteriorating infrastructure;

• the fallacy of scarcity revealed by the capacity of governments to find massive public financial resources for war and bank bailouts, but seldom for programs that would employ people, combat hunger and disease, and foster renewable energy.

The hyper-concentration of wealth in the hands of the few has corrupted democratic systems, in rich countries as well as in poor ones.

We need to democratise power. But that doesn’t mean just better monitoring of elections. It means making power more horizontal, more accessible to more people, the people who are affected by the decisions made.

There is no one-off recipe for making this happen. It has to happen over and over again, every day, everywhere, with increasing connections so that we won’t be crowded out by those with money and influence. We have to occupy space and not leave it, and then occupy some more.