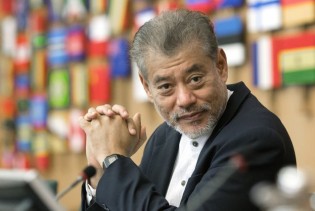 By Matthew Charles Cardinale
Moral Monday, the populist movement in North Carolina that saw a diverse coalition of thousands of progressive activists descend upon the state legislature, is now spreading throughout the U.S. South.

By Thalif Deen
With the richest one percent of the population now owning 40 percent of global assets, and the bottom half sharing just one percent, inequality is fast being recognised as a stubborn underlying obstacle to development.
Next Page »
ADVERTISEMENT ADVERTISEMENT