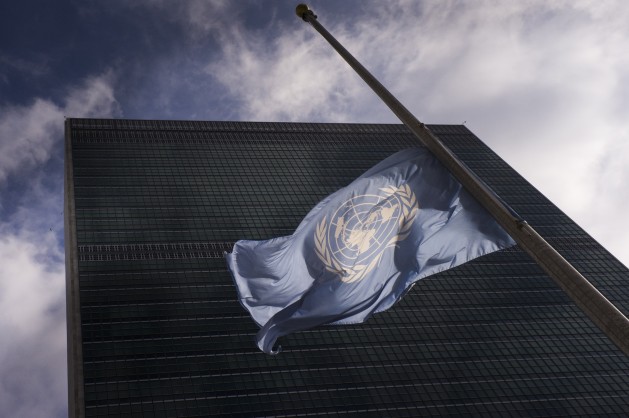 UNITED NATIONS, Mar 30 2017 (IPS) - The bodies of two UN experts have been found in the Democratic Republic of Congo (DRC) two weeks after their team went missing.

Among the remains found were American Michael Sharp and Swede Zaida Catalan who were members of the U.N. Group of Experts which reports to the Security Council on the Congolese conflict, arms trafficking, rights abuses, and crimes against humanity. The two experts along with their interpreter and 3 drivers went missing on 12 March while investigating violence and alleged human rights abuses outside of the city of Kananga in the Kasai-Central province.

Secretary-General António Guterres said that he was “deeply saddened” by the events, stating: “Michael and Zaida lost their lives seeking to understand the causes of conflict and insecurity in the Democratic Republic of the Congo in order to help bring peace to the country and its people.”

DRC has been marred by insecurity since 1994 when the Rwandan genocide and an influx of refugees plunged the country into the deadliest conflict in African history, killing almost 5 million civilians.

Though the country declared peace in 2003, there has been a resurgence in violence in recent months. According to Human Rights Watch, protests erupted across the country when President Joseph Kabila stayed in power despite the end of his constitutionally mandated two-term limit in December 2016.

Government security forces have since repressed opponents, allegedly killing over 50 people and jailing hundreds of opposition leaders and supporters.

Meanwhile, clashes between government forces and local militias escalated in various parts of the country, including in the Kasai region which has experienced some of the worst violence.

Over 400 people have been killed and 200,000 displaced from their homes in the Kasai region since August. Security forces have purportedly used excessive force, “unnecessarily firing” on alleged militia members including women and children, said Human Rights Watch. Two dozen mass graves have also been reported.

While speaking to the Council on Foreign Relations, U.S. Ambassador Nikki Haley expressed concerns over the country’s violence and human rights violations, stating that the Congolese government is “corrupt” and “preys on its citizens.”

“The UN peacekeeping mission…is aiding a government that is inflicting predatory behavior against its own people. We should have the decency and common sense to end this,” she continued.

The Congolese government has reportedly blamed the UN team’s deaths on the Kamuina Nsapu, a local insurgent group that has clashed with government forces since its leader was killed six months ago.

Secretary-General also called on a thorough examination on the deaths of the UN experts. “The United Nations will do everything possible to ensure that justice is done,” he stated.

Amnesty International’s Regional Director for East Africa, the Horn and the Great Lakes Muthoni Wanyeki called on the DRC government to also conduct investigations, stating that the deaths should serve as a “reminder of the urgent need to end the violence in Kasai Province.”

Human Rights Watch highlighted the need to ensure the implementation of a Catholic Church-mediated agreement signed at the end of 2016 which includes a clear commitment that President Kabila will not seek a third term and that presidential elections will be held before the end of 2017.

“The [Human Rights Council’s] engagement now is critical to help protect civilians from further violence, press for accountability for serious abuses, and ensure that timely, credible elections are held to build a more democratic and rights-respecting country,” the organisation said.

Sharp, 34, had been in the DRC for five years, first working as the Eastern Congo Coordinator for the Mennonite Central Committee.

Catalan, 36, was a Swedish politician for the Green Party and later worked in the West Bank and Afghanistan prior to joining the UN Group of Experts.