ACP: One Billion People to Speak To Europe with One Voice

ROME, Apr 14 2017 (IPS) - Seventy-nine countries from Africa, the Caribbean and the Pacific, which are home to around one billon people, will speak with one voice as they prepare to negotiate a major partnership agreement with the European Union (500 million inhabitants) in May.

The decision, announced by the African, Caribbean and Pacific Group of States (ACP) informs that the group will negotiate as a single bloc with the European Union (EU) the new accord expected to come out of the ACP-EU ministerial meeting, scheduled for 4-5 May 2017 in Brussels.

The new accord will follow on the current ACP-EU Partnership Agreement (also known as the Cotonou Agreement), which covers trade, development cooperation and political dialogue between the two parties until 2020.

“The ultimate aim is to facilitate poverty eradication, sustainable development and improve the livelihoods of the one billion people that live in our countries,” ACP secretary general Dr. Patrick I. Gomes.

The Cotonou Agreement 2000 was signed in Cotonou, Benin on 23 June 2000 and was revised both on 2005 and 2010. In it, both blocs of countries affirmed their commitment to work together towards the achievement of the objectives of poverty eradication, sustainable development and the gradual integration of the ACP countries into the world economy.

They also asserted their resolve to make, through their cooperation, a significant contribution to the economic, social and cultural development of the ACP states and to the greater well-being of their population, helping them facing the challenges of globalisation and strengthening the ACP-EU Partnership in the effort to give the process of globalisation a stronger social dimension;

The two bloc reaffirmed their willingness to revitalise their special relationship and to implement a comprehensive and integrated approach for a strengthened partnership based on political dialogue, development cooperation and economic and trade relations.

Regarding the expected new agreement, representatives from the ACP and the EU have already agreed on several major issues to discuss at the upcoming joint ministerial council meetings.

Improving the Livelihoods of One Billion People 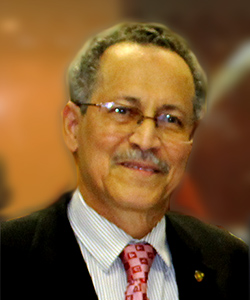 “These basic principles highlight the importance the ACP Group places on negotiating [with the EU] as a unified entity, aiming for a mature political partnership based on mutual respect,” stated ACP secretary general Dr. Patrick I. Gomes of Guyana.

“The ultimate aim is to facilitate poverty eradication, sustainable development and improve the livelihoods of the one billion people that live in our countries, added Gomes, who was elected for this key post in December 2014, had served as Guyana’s Ambassador to Belgium and the European Community and as Guyana’s representative to the World Trade Organisation and the Food and Agriculture Organisation.

South Sudan, the youngest world nation, is expected to join the ACP group, raising to 80 the number of its member countries.

According to the ACP, the key issues on the agenda of the ACP-EU Joint Council of Ministers are:
— The implementation of the 2030 Sustainable Development Goals remains a top priority, and both ACP and EU sides agree that cooperation between the two parties should align with the 2030 Agenda for Sustainable Development, including the Sustainable Development Goals.
— Climate change is also high on the agenda, being a concrete area where ACP and EU collaboration has enabled the global community to forge an international coalition, and paved the way for achieving the historic Paris Agreement. Continued cooperation is envisaged, including the development of effective programs and actions under the 11th European Development Fund (EDF).
— The future relations between ACP and EU countries is a fundamental issue in the lead up to negotiations for a renewed partnership agreement to follow the current ACP-EU framework, which expires in 2020. The ACP Group intends to negotiate as a unified entity, supporting a legally binding agreement with a dedicated development finance mechanism.
— Discussions on migration will look at the progress of the Valetta Action Plan as well as the EU Trust Fund for Africa, with the primary goal of assisting African countries to help stem migratory flows to Europe.
On this, the ACP has highlighted synergies with the ACP-EU Dialogue on Migration, while also underlining trends in the Caribbean and Pacific regions, particularly in relation to human trafficking, smuggling of migrants, and high cost of remittances.
— Both the EU and ACP recognise the importance of private sector development. Ministers will consider the progress made under the Joint ACP-EU Cooperation Framework for Private Sector Development Support.
— As far as development finance cooperation, talks will focus on aspects related to implementing the SDGs, the status of the European Development Funds and the implementation of the ACP Investment Facility.
— Finally, economic issues such as trade cooperation (including the state of play of the ACP-EU regional Economic Partnership Agreements – EPAS), the European External Investment Plan and perspectives of the Investment Facility, round up the main part of the agenda.

A set of several basic points have been outlined to guide member states in preparing for negotiations to reshape relations with the EU after 2020:

1) The ACP Group of States is committed to remain united as an inter-governmental organisation;
2) As a unified trans-regional entity, the ACP Group will negotiate a successor agreement to the ACP-EU Cotonou Partnership Agreement;
3) Formally structured relations with regional and continental groupings of developing countries will be an important aspect of the negotiations;
4) Principles and mechanisms for inclusive policy formulation, decision-making and programme implementation with Non-State Actors will be given serious consideration during the negotiations;
5) The substantive thematic areas and pillars of an ACP-EU post-Cotonou Agreement are (i) Trade, Investment, Industrialisation and Services; (ii) Development Cooperation, Technology, Science and Innovation/Research; and (iii) Political dialogue and Advocacy;
6) An ACP-EU post-Cotonou Agreement should maintain the core geographic and geopolitical character of the ACP Group structured in six regions of Central, East, Southern and West Africa, the Caribbean and Pacific, while being open to different types of association with other developing countries;
7) The negotiation process is envisaged as leading to a legally binding agreement;
8) A dedicated development finance mechanism is to be included within a negotiation framework for an ACP-EU post-Cotonou Agreement.

In addition, the ACP Group informed that it will also advocate for “preferential trading agreements” that are development-oriented, as well as structural support for debt management, trade facilitation and innovative development financing, especially for members with Middle Income status.

The ACP Group´s main objectives are: sustainable development of its member-States and their gradual integration into the global economy, which entails making poverty reduction a matter of priority and establishing a new, fairer, and more equitable world order, and the coordination of the activities of the ACP Group in the framework of the implementation of ACP-EC Partnership Agreements.

Other key objectives are the consolidation of unity and solidarity among ACP States, as well as understanding among their peoples, and the establishment and consolidation of peace and stability in a free and democratic society.