Little attention is paid to reporters from the Global South who are killed, abused, or left stranded by foreign media. 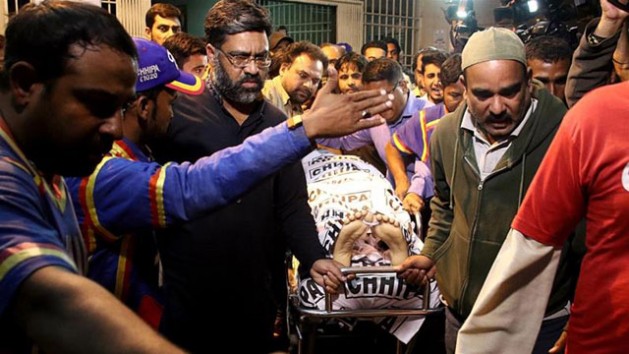 Rescue workers move the body of Taimur Abbas, a cameraman of Pakistan's Samaa TV who was killed by gunmen in Karachi in February [Shahzaib Akber/EPA]

DOHA, Apr 26 2017 (IPS) - Taha avoids giving his last name to journalists, but not out fear of the Sudanese government, whose harassment he fled in 2015.

“I don’t want any of the people I worked with to know I’m here,” he tells Al Jazeera, writing by instant messaging from a temporary residence for refugees in the French city of Calais.

“I want to avoid causing any embarrassment or awkwardness,” he adds.

The colleagues Taha refers to are journalists who covered the ongoing war in Sudan’s western province of Darfur.

The father-of-two worked as a stringer, fixer, and translator there for a number of major broadcasters based in the UK and South Africa.

However, as the conflict dragged on, coverage dried up because of restrictions placed on foreign media by the Sudanese government and as editorial agendas shifted to other wars in the region.

Farhana Haque Rahman, Director General, Inter Press Service
Taha says his track record as a journalist was enough to attract unwanted attention from the Sudanese authorities, but it was his next move that sealed his fate.

“I helped to set up a school for IDP (internally displaced) children in Khartoum, which was very successful and had about 800 students.”

Most of the pupils at the school were from the two conflict-stricken regions of Darfur and South Kordofan.

The Sudanese government, in an apparent bid to punish him for his journalistic work, eventually accused Taha of receiving money from foreign organisations.

After a cycle of harassment, arrests and releases, he decided to flee.

His first port of call was the Egyptian port city of Alexandria, from where he set sail with scores of others on a poorly maintained vessel headed for Europe.

The overcrowded boat capsized in the Mediterranean, but Taha was among the survivors after Greek rescuers plucked him from the waters.

After time in a Greek holding facility, Taha made his way across Europe eventually reaching northern France, from where he hoped to cross the English Channel and reach the UK, where his brother lived.

With one final hurdle left to overcome, however, Taha became ill with a benign tumour growing on his spine.

In the year since the diagnosis, his attempts to enter Britain have been put on hold while he undergoes treatment.

Taha hopes to join his brother who lives in the English city of Liverpool, but is resigned to the idea his appeals to the British Home Office for asylum will not succeed.

His story is just one of many that highlights the struggle of journalists from the Global South when western media outlets pack up and go.

The work of stringers, in particular, is crucial in ensuring good coverage in difficult reporting environments, but when the story dies down, they are often left to deal alone with hostile governments or non-state actors.

Taha’s experiences are far from unique or limited to Sudan, which is ranked 140 of 180 countries on Reporters Without Borders’ 2016 World Press Freedom Index.

Of those killed, 94 percent, or at least 869 were local reporters. Sixty were foreign correspondents.

Most were killed in the Middle East and North Africa and Asia and the Pacific.

UNESCO recorded at least 12 killings of local journalists in Afghanistan in 2016, making it the deadliest country for reporters last year.

“Local Afghan journalists have experienced large numbers of threats against them,” Rachael Jolley of the Index on Censorship told Al Jazeera.

“Many Afghan journalists have stopped reporting and some have fled the country after threats against their lives.”

Jolley noted a surge in threats towards journalists in that country from around 2014, further blaming armed groups and gangs for harassing those in the media. 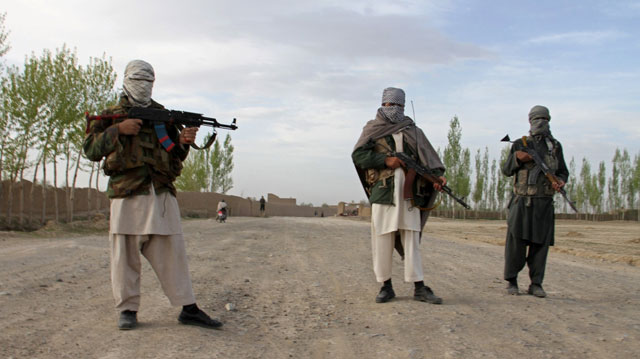 In other countries, journalists face the risk of kidnap and murder, while those who work with international media outlets face particular suspicion as potential spies, Jolley said.

“In Yemen, for instance, local journalists are threatened, kidnapped and released. The same tactics have been used in Syria to close down reporting.

“In some cases, the international media and those that work with it are also in massive danger, they are seen as traitors or spies.”

But despite the threats they face, journalists in the Global South receive little attention from their fellow colleagues around the world when targeted.

In March alone this year, in Mexico, for instance, at least three journalists have been killed – Miroslava Breach who chronicled murder, columnist Ricardo Monlui and Cecilio Pineda Birto.

Their stories were covered by local and regional media, but largely ignored by international newspapers, websites and television channels. Their names did not trend worldwide as hashtags on social media.

In 2016, of the 100 journalists who were killed, 93 were citizens from the Global South, according to UNESCO.

Farhana Haque Rahman, the director general of the Inter Press Service, said that the level of coverage and outcry each case received depends on where journalists are from and whether or not they are affiliated with western outlets.

Rahman put the double standard down to a “mindset” in Western newsrooms that reflected the interests of their audience, but added journalists have a responsibility to change that.

“Change in perspective has to come from the inside, not from the outside.”

But according to City University Department of Journalism academic Abdullahi Tasiu Abubakar, differing responses were more closely related to whether journalists were members of staff or contractors for media outlets.

“The double standard involves full-time (staff) correspondents and freelancers…that’s a more clear demarcation in terms of how it’s treated,” he said, adding “mainstream media tend to treat their full-time reporters with more care and concern than freelancers”.

Abubakar explained that as the main market for stringers, fixers, and freelancers was in the Global South, it meant they were most affected by the differing standards of treatment.

Mainstream media tend to treat their full-time reporters with more care and concern than freelancers.

He said there was also a disparity in information flow from the Global South and Global North that translated into uneven levels of coverage for events depending on where they were happening.

This is, he said, was not exclusive to journalists but a wider reflection of which societies in the West prioritised.

Abubakar, himself a former reporter in Nigeria and producer for the BBC World Service, told Al Jazeera that media organisations should take on further responsibilities for their stringers, including the provision of adequate hostile environment training.

“Media organisations in the West have a massive responsibility to protect the journalist who work with them and in cases where their freelancers are being persecuted, they should put pressure on their governments to act against the offending government.”

In a similar vein, the Index on Censorship’s Jolley said that the risks journalists faced are not limited to threats from other people or government; she said inadequate training for local journalists also puts them in danger.

“[Index] has reported on freelance Iraqi journalists who had been reporting from the battlefield without any special training or equipment … Safety and security training is vital in these situations.

“We’ve been told that mainstream media channels in the UK, at least, are now refusing to use freelancers from locations that they would consider too dangerous for a staffer.”

For Taha in Calais, those decisions have come too late; such prospects make very little difference to his current situation.

His treatment has gone well and he now plans his days planning how he will reach the UK.

Despite his experience and reluctant acceptance things could have been different if he had a different ethnic background, Taha is grateful to be in Europe and harbours no ill will towards those he worked with.

Like many journalists, his interest in current affairs is difficult to shake off, and his days are spent discussing politics with his fellow refugees.

A recent round of deportation of Sudanese asylum seekers by the French authorities has rattled his optimism but he is careful not to dwell on it.

“God willing, I will be in the UK by Ramadan.”

This story was originally published by Al Jazeera.