Fighting Xenophobia & Inequality Together in the Age of Trump 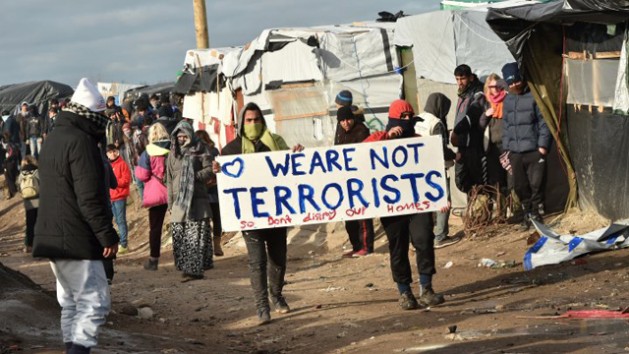 NAIROBI, KENYA, Apr 19 2017 (IPS) - As the world marks 100 days of the Trump Presidency, we can see that we are now in a new era of crisis, that it goes well beyond one man and one country, and that only a profound and international response can get us out of the state we are in.

The crises of xenophobia and inequality embodied by the Age of Trump are profound and are worldwide. Refugees without safe haven; ethnic and religious minorities facing officially sanctioned discrimination; women facing an aggressive onslaught of misogyny.

Civil society leaders supporting marginalized people are seeing an upsurge of these injustices in every continent. We are witnessing a world in danger not just of a slow down in social progress but of a reverse in it.

For leaders of civil society, four things are clear.

First, this is a global challenge. The whirlwind first hundred days of the Trump administration in the US have both epitomized and exacerbated worrying global trends in which an increasingly economically divided world is becoming an increasingly angry and intolerant one.

Secondly, we must take sides against intolerance. We must unashamedly support the oppressed and commit ourselves to resisting forces of division – whether it be hate speech at refugees in Hungary, xenophobic attacks in South Africa, extrajudicial killings of activists in Latin America, discrimination against religious minorities in South Asia, or unconstitutional bans on migrants in the USA. We will work together with others to help foster societies built on respect for diversity, and open to refugees from war and persecution.

The rapid rise in xenophobia and the rise in inequality which is helping to drive it need not be accepted, and can be defeated. When we stand together.
Thirdly, to tackle the forces of intolerance we must also confront the ever widening inequality that is driving societies apart. Progressive values are put under massive strain when economies cast millions aside. We know from history that 1929 economics can lead to 1933 politics, and that when people lose hope fascists ascend. Growth must benefit ordinary people, economies must be reoriented to create jobs, decent jobs, and not see wealth ever more concentrated in the hands of a view.

Fourthly, we must work together as one. There is an old saying, “the people united will never be defeated”. Sadly, that is not always true. But what is true is that the people divided will always be defeated. The challenge to foster societies of equality and solidarity can not be achieved by one organization or even one sector alone. That is why we have come together as many different leaders in NGOs, trade unions, and social movements in a joint call to #fightinequality, and to build power from below.

The stakes could not be higher. The forces of ever widening inequality, and of ever increasingly intolerance, are mobilizing. But so are the forces of solidarity and equality.

We are more united than ever to fight inequality and intolerance. Inspired by the great campaigns of old – anti-slavery, anti-colonialism, votes for women, anti-apartheid, drop the debt – and by the determined young people of today – in Fees Must Fall, Black Lives Matter, Gambia Has Decided – we will work to bend the long arc of the universe towards justice. The rapid rise in xenophobia and the rise in inequality which is helping to drive it need not be accepted, and can be defeated. When we stand together.