Anis Chowdhury, former professor of economics at the University of Western Sydney, held senior United Nations positions during 2008-2015 in New York and Bangkok.

Bangkok and Sydney, Apr 24 2017 (IPS) - “The despised, the insulted, the hurt, the dispossessed—in short, the underdogs of the human race were meeting. … Who had thought of organizing such a meeting? And what had these nations in common? Nothing, it seemed to me, but what their past relationship to the Western world had made them feel. This meeting of the rejected was in itself a kind of judgment upon the Western world!.”

This is how Richard Wright, a novelist saw the gathering of leaders from 29 African and Asian nations at Bandung (Indonesia) on 18-25 April, 1955 of 29. 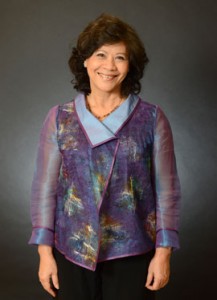 The leaders, prominent among them Jawaharlal Nehru (India), Kwame Nkrumah (Ghana), Gamal Abdel Nasser (Egypt), Chou En Lai (China), Ho Chi Minh (Viet Nam), and Adam Clayton Powell (Congressman from Harlem, USA), considered how they could help one another in achieving social and economic well-being for their large and impoverished populations. Their agenda addressed race, religion, colonialism, national sovereignty, and the promotion of world peace. In opening the conference, the President of Indonesia, Ahmed Sukarno asked,

The final communiqué expressed, “general desire for economic co-operation among the participating countries on the basis of mutual interest and respect for national sovereignty”; “agreed to provide technical assistance to one another”; “recognized the vital need for stabilizing commodity trade”; recommended that: “Asian-African countries should diversify their export trade by processing their raw material, wherever economically feasible, before export”; promote “intraregional trade”; and provide “facilities for transit trade of land-locked countries”. 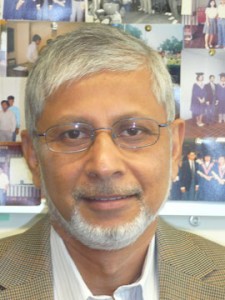 It was the beginning of what came to be known as the “non-aligned” movement and the “Third World” and within the United Nations, the Group of 77 plus China. With this confidence they called for the establishment of a New International Economic Order (NIEO) recognized at the 1974 General Assembly, based on equity, sovereign equality, interdependence, common interest and cooperation among all States, to correct inequalities and redress existing injustices; to eliminate the widening gap between the developed and the developing countries; and to ensure steadily accelerating economic and social development and peace and justice for present and future generations.

The NIEO declaration was, in effect, a call for shared and differentiated responsibility for equitable development.

Unfortunately, many aspects of the NIEO were never implemented. While the developing countries sought strategic integration with the global economy using trade and industry policies, they were advised to accept unfettered liberalization and privatization, which saw increased volatility and financial crises often disproportionately disadvantaging them. The aid conditionality of the International Monetary Fund (IMF) and the World Bank included straight-jacketed package of so-called “sound policies” that emphasized deregulation and a diminished role for the State. This drastically reduced state capability and developing countries’ policy space to deal with crises, pursue their developmental aspirations and achieve structural transformation.

Through the experience of the Latin American debt crisis in the 1980s and the Asian financial crisis of 1997-98, the countries of the South have realized that they have to create their own policy space and craft out policies based on their own circumstances. Thus, they managed to grow steadily over the last two decades and were able to weather the 2008-2009 Great Recession remarkably well to anchor the global economic recovery.

The Global South is no longer a collection of “despised, the insulted, the hurt, the dispossessed—in short, the underdogs”; they are the drivers of global economy.

However, the issues facing developing countries are more complex now. They are faced with issues of inequalities and insecurities which affect social cohesion; climate change and uneven competition in global markets when key global negotiations on trade and climate change have broken down. They also face the potential danger of weakening of solidarity as the members of the Global South seek different interests.

It does not help when governance failure occurs in a number of the developing countries; when some are ripped apart by violent internal or regional conflicts, or manipulated because of rising extremisms of many sorts. Corruptions, lack of accountability and trembling of human rights are affront to the aspirations of independence and hinder the fulfilment of development and dignity for all. The governance failures and divided societies within have also weakened the developing South’s ability to deal with issues of international governance in the globalizing world, and our common future even with “Rising Asia”.

Time has come for the rising Global South to collectively work for the unfinished business of a new international economic order that today has to take a more integrated and universal approach for people, planet and prosperity as highlighted in the Agenda 2030 for sustainable development goals (SDGs); to stabilize commodity prices; to improve export incomes; to ensure food security; to demand improved access to markets in developed countries; to put a stop to siphoning off capital through dubious transfer pricing arrangements of multinational corporations and international tax havens; to eliminate the instability of the international monetary system; to ensue full and effective participation in all decision-making in all global bodies, including the IMF and the World Bank, and in formulating an equitable and durable monetary system.

However, the developing South must lead by putting its own house in order; improve democratic governance, respect human rights especially women’s human rights, and ensure wider freedom of its own citizen to re-establish legitimacy and trust through a new social contract that responds to the needs and hopes of all citizens, not just in form but in substance.

In the spirit of Bandung, they have to work together for the prosperity of their people and to protect humanity’s common good, especially our planet. They should recall the message, “All of us … are united by more important things than those which superficially divide us. … And we are united by a common determination to preserve and stabilize peace in the world. . . .”

It is time to come together and advance together to address the risks and challenges that confront our world and harness the opportunities to build a more inclusive and sustainable future of shared prosperity. Only then can we sing:

A cry of defiance, and not of fear,
A voice in the darkness, a knock at the door,
And a word that shall echo for evermore! (Longfellow; from President Sukarno’s opening speech).